England qualifies for 2015 World Cup with dominant win over Wales 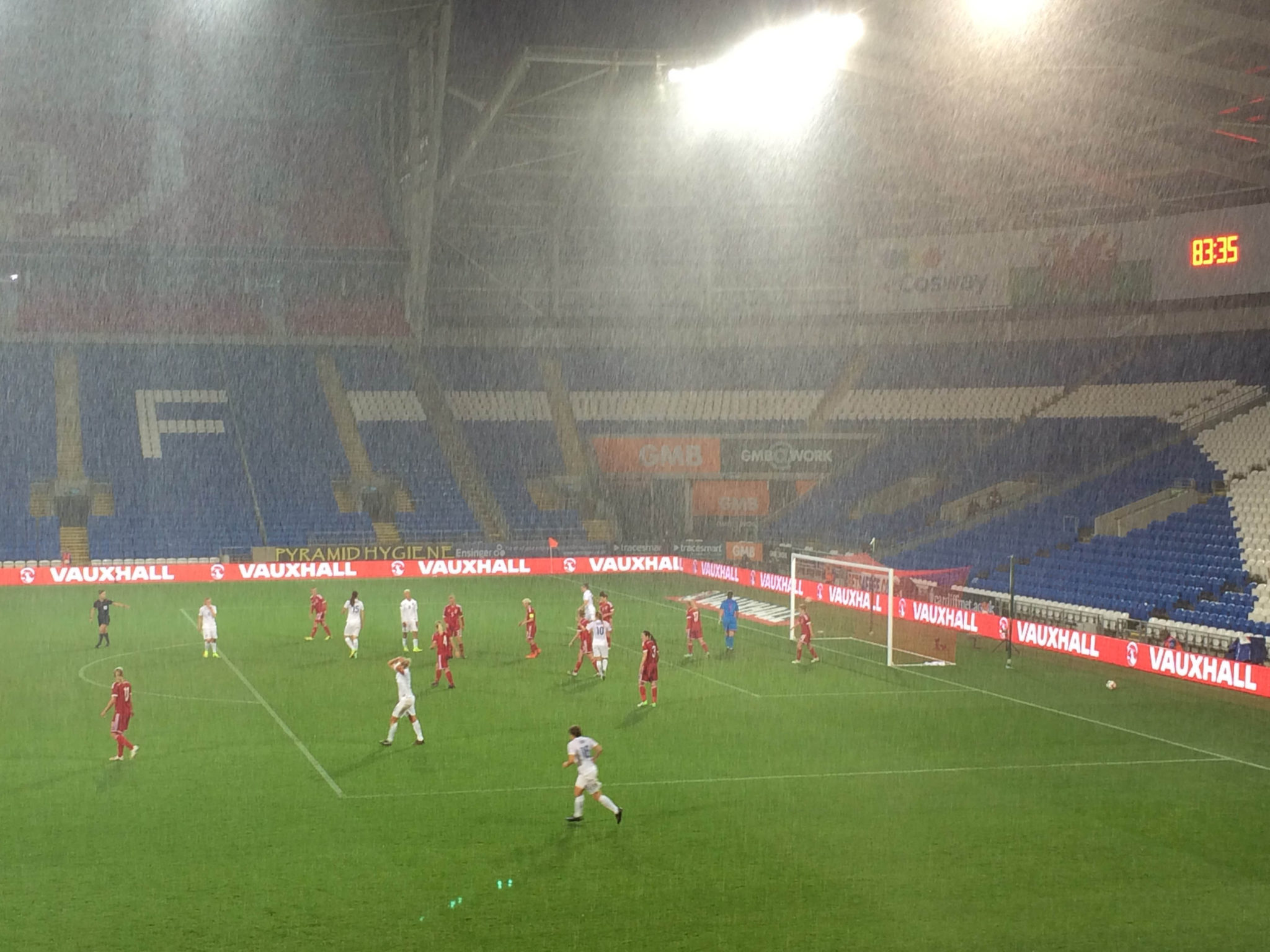 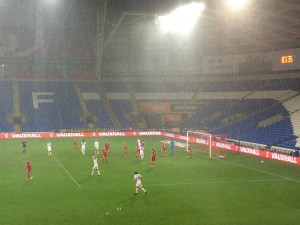 England qualified for the 2015 World Cup on Thursday with a 4-0 win over Wales. (Photo Copyright Harjeet Johal for The Equalizer)

CARDIFF, Wales – Needing only a point to qualify for the 2015 FIFA Women’s World Cup, England earned more than that, dominating Wales in a 4-0 victory Thursday at Cardiff City Stadium to become the second European team to book a ticket in the World Cup.

Mark Sampson’s squad received first-half goals from Karen Carney, Eniola Aluko, Laura Bassett, and Lianne Sanderson as they opened the floodgates as the rain fell heavily on the pitch, and on Welsh dreams of qualifying for Canada. The second half was better for Wales as they did not allow any goals. England controlled the play and had more possession, but the home side did well not to surrender another goal. England clinched Group 6 with the win

England’s Alex Scott thinks her team could have played better in the early stages of the match, but otherwise she is delighted to be heading to Canada next year.

“I don’t think it was our best performance,” she said. “When you look at the Sweden performance (August 3) to today, there’s areas where we were sloppy. I don’t think we started the game very well, but we’re happy that we scored four good goals and we’ve qualified for the world cup. It’s looking forward now and trying to perfect the things that didn’t go so well.”

Toni Duggan was equally thrilled with England qualifying for the competition next year, but she also believes that her team has more to contribute and more to offer on the pitch. England aren’t quite there yet, and Duggan knows that the standards must improve if they are to cause any sort of damage in Canada.

“We had one job to do and we’ve done it today,” she said. “Still by our standards we think that we could have played better, but we’ve come away with a 4-0 win and secured our seat to Canada.”

Despite a second consecutive 4-0 victory this month, England players do not feel that they are at their peak. They plan to use the next few months to gain momentum and build up to be the team they want to be as they get set to take on the all comers at the World Cup. Duggan is hoping the confidence will grow for England.

“It’s going to be difficult, we know that,” she said. “Qualification was tough too, but we flew through that so hopefully we can go into the tournament full of confidence. We’ve got a lot more time together in the next few months and that can only bode well.”

For Scott, this won’t be her first World Cup or her first trip to Canada.

England opened the scoring in the 16th minute after an aggressive challenge by Jess Fishlock. The Seattle Reign player delivered a late challenge on England forward Aluko, and referee Efthalia Mitsi awarded the Three Lionesses a free kick from 25 yards out. Birmingham City midfielder Carney took the free kick and somehow the ball cleared everyone and found a home inside the far post past Wales keeper Nicola Davies.

Wales looked completely flustered by the opening England goal. England carried the play for the remainder of the opening 45 minutes and scored a second goal on 39 minutes thanks to a wonder strike from Eniola Aluko. The Chelsea striker controlled the ball beautifully off her body and sent a subsequent volley into the top right corner of the net. She was left unmarked and there was nothing Davies could do to stop the cracker the 27 year-old delivered.

England wasn’t quite done with over-powering Wales, as Bassett and Sanderson scored in the 39th and 44th minute to give England there 4-0 lead just before the halftime whistle blew. Jarmo Matikainen’s Welsh team struggled immensely, looking tired, lost, and not ready to compete with England.

The second half was better for Wales, but that was only because England did not go full force on offense for more goals. Wales will now have to travel to Ukraine for what almost certainly will be a must-win match on Sept. 17. England have 17 pts. from nine matches and they’ve run away with Group 6. They can add to their plus-41 goal differential when they travel to Montenegro, also on Sept. 17.

Switzerland is the other qualified team from Europe. Each of the seven group winners will qualify automatically for the 2015 World Cup, while the the four best second-place teams will enter a playoff for the eighth spot out of Europe.