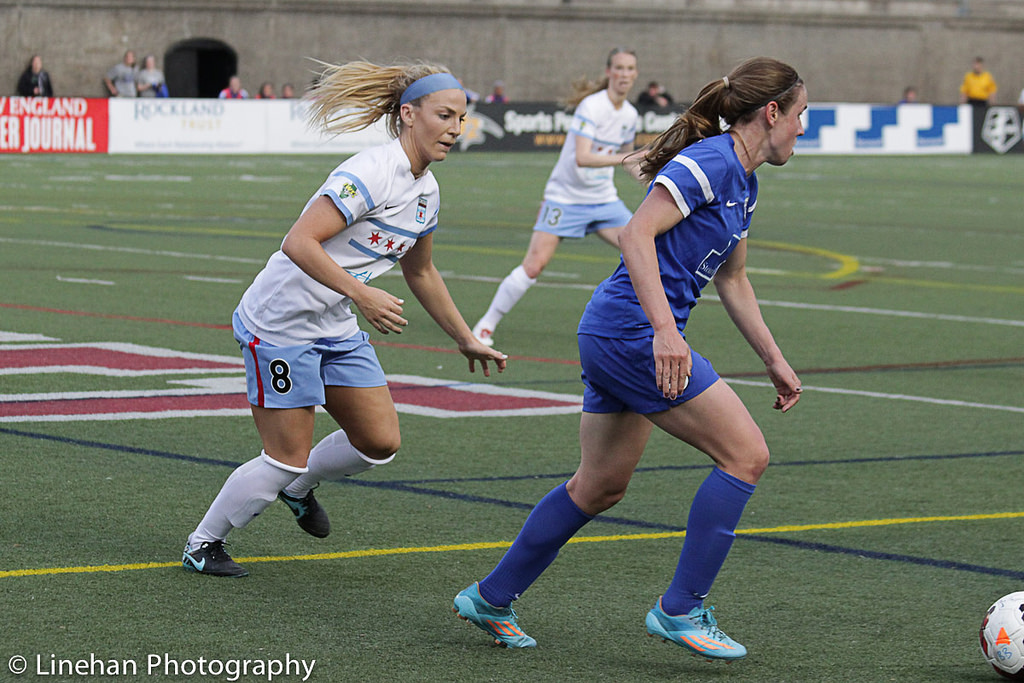 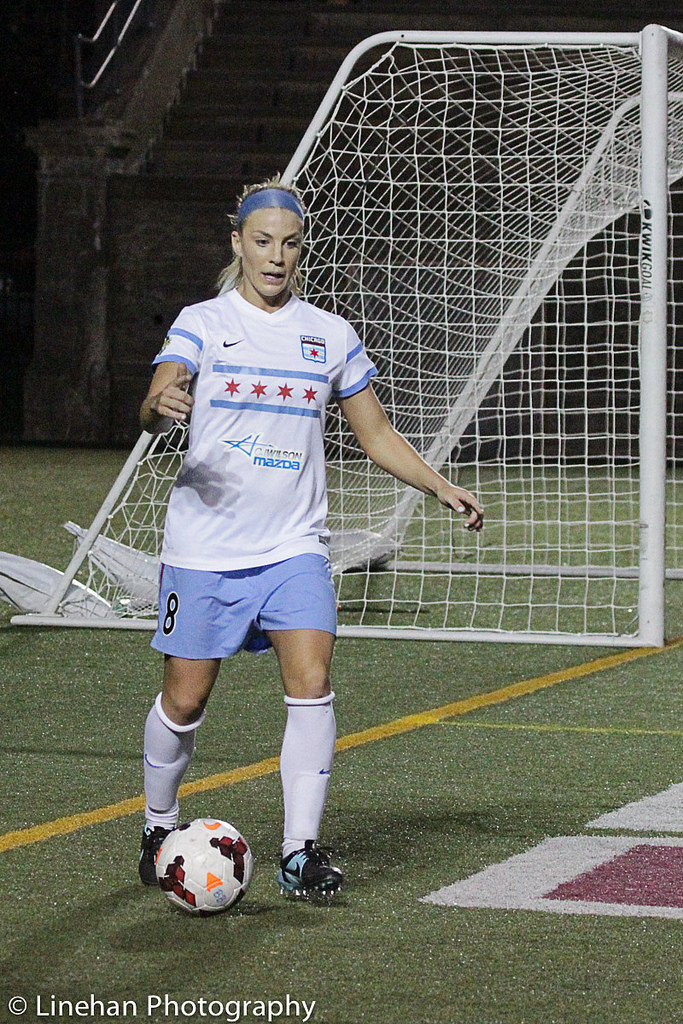 Julie Johnston is confident after a successful rookie season. (Photo Copyright Clark Linehan for The Equalizer)

Chicago Red Stars rookie Julie Johnston’s first season in NWSL started and ended much the same way. The Phoenix, Ariz., native scored both the first and last goal of the year for her club and added two assists during the 2014 campaign.

The confidence boost may have proved important for Johnston, who unlike most rookies, had to worry about more than adjusting to the professional level of play. She immediately took on a leadership role with team, commanding Chicago’s backline while also seeing time at defensive midfield. Johnston did have experience as a leader as she captained the gold-medal winning U.S. team during 2012 U-20 World Cup.

“I didn’t think it was difficult at all,” Johnston said about her role with Chicago. “As a center back I knew I see the field probably better than the other ones just because I’m behind the ball a lot, but Rory wanted me to come in and take on a leadership role, especially being on the back line. The team asked me to do it and it wanted me to do it so, I had no problem with it.”

Johnston looked like a seasoned veteran rather than a rookie. She was an important cog in a team that finished just out of the playoffs despite missing several of its allocated players for a large portion of season. Only Chicago captain Lori Chalupny logged more minutes than the rookie. Johnston embraced her role and her solid play earned notice from women’s soccer pundits and a call-up for the U.S. training camp ahead of Wednesday’s game against Switzerland.

The Santa Clara alum has been called up to national team camps before, earning two caps with the stars and stripes. The biggest question surrounding her potential future with the national team is where she’ll fit in the lineup. In addition to playing on the back line and in the midfield, Johnston also saw time as a forward in college.

Where does the frontrunner for NWSL Rookie of the Year see herself potentially playing with the national team?

U.S. defender Becky Sauerbrunn, was “really impressed” with the youngster since the first time she came to a national team camp, noting that she has great feet and vision. “She’s just one of those players that’s so smart that she can play wherever,” Sauerbrunn said of Johnston. “For her to be here (in Cary, N.C.) is just a testament to how good she is.”

Perhaps Johnston will be tagged as a defensive midfielder for the United States as the team has lacked depth at the position in Shannon Boxx’s absence. While it may be too early to call where she’ll play, if the 2014 NWSL season is any indication, Johnston may soon earn more caps with the national team.

The Lowdown: One down, one to go for Reign
USWNT rolls past Switzerland in first-ever meeting