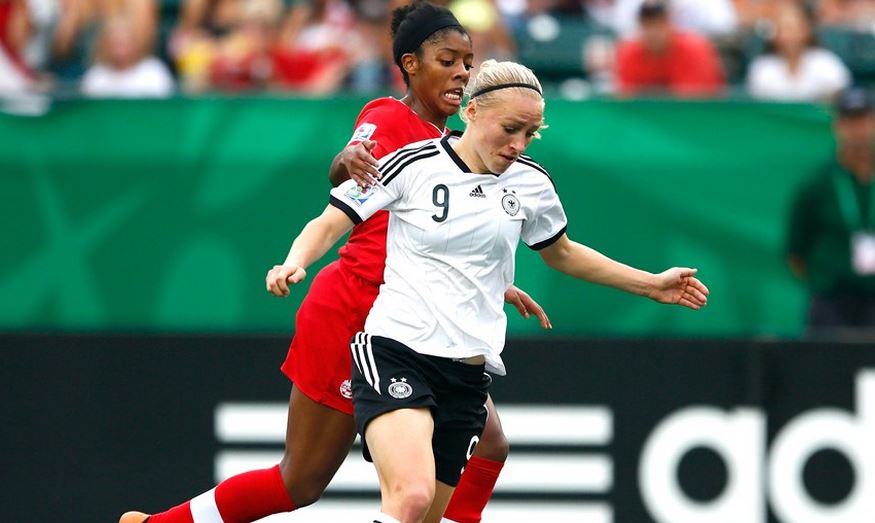 Germany will play in its third consecutive U-20 Women’s World Cup final against Nigeria on Sunday after Lena Petermann scored a late goal to lift Germany past France, 2-1 on Wednesday in Montreal. Nigeria thrashed Korea DPR, 6-2 on Wednesday in the other semifinal.

Sunday’s game will be a rematch of the 2010 U-20 World Cup final, in which Germany beat Nigeria in Germany.

On Wednesday, Petermann struck for the winner in the 81st minute, tapping the ball into the net after a scrum in front of net following an initial goal line clearance.

Germany went ahead early through a Pauline Bremer goal in the 12th minute, but France took over much of the possession for the rest of the half, and finally was rewarded right before halftime. Les Bleuettes captain Griedge Mbock-Bathy got on the end of a 45th minute corner kick for the equalizer.

But Germany, which won the 2010 tournament at home and lost to the United States in Japan in 2012, was too much for France late.

In Moncton, Asisat Oshoala scored four goals — three in the second half — as Nigeria steamrolled Korea DPR, 6-2. Courtney Dike opened the scoring for Nigeria in the 2nd minute, and her squad never looked back.

Nigeria and Germany will play for the U-20 World Cup title on Sunday at 7 p.m. ET at Olympic Stadium in Montreal. France and Korea DPR will play in the same stadium at 4 p.m. ET.