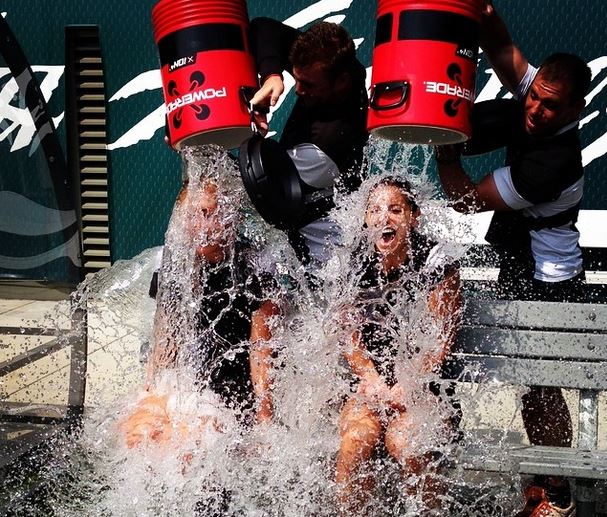 The Ice Bucket Challenge to raise awareness for ALS — Amyotrophic lateral sclerosis, also known as Lou Gehrig’s diseas after the baseball player brought attention to it in 1939 — has taken the Internet by storm.

More importantly, the viral trend has raised $22.9 million over the last three weeks, according to the ALS Association. The trend has caught on as friends challenge each other to have ice and/or ice water dumped on themselves. They get recorded while having the bucket dumped on them, and then they challenge their friends to do the same. Those friends have either 24 hours to accept, or they must donate to the ALS Association.

U.S. Soccer president Sunil Gulati challenged the entire U.S. women’s national team, and Abby Wambach accepted for the team. And guess what, there was extra ice: