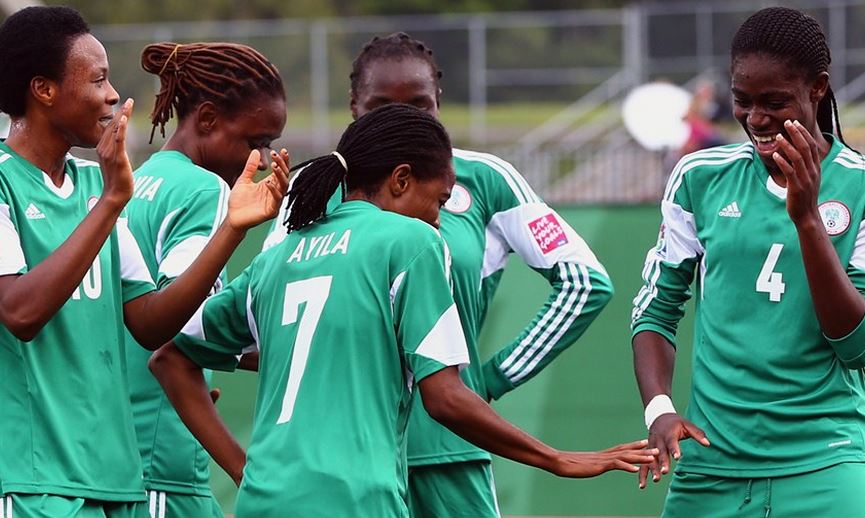 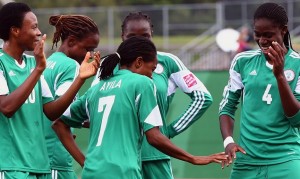 Nigeria is moving on to the semifinals. (Getty Images)

Nigeria is headed to the U-20 Women’s World Cup semifinals after convincingly defeating New Zealand, 4-1 on Sunday in Moncton.

Asisat Oshoala scored a first-half brace and Uchechi Sunday came off the bench for Nigeria to score twice late in the second-half.

Emma Rolston scored the 89th minute consolation goal for New Zealand, who had advanced to the knockout stage for the first time ever at any age level of a World Cup.

Oshoala opened the scoring for Nigeria in the opening seconds, and doubled the lead in the 13th minute. Sunday made the most of her time, too, entering the match in the 83rd minute and scoring seconds later. She notched her second tally in the 90th minute, right after Rolston’s goal for the Football Ferns.

Nigeria will face Korea DPR on Wednesday in the semifinals in Moncton. The North Koreans defeated the United States on Saturday in penalty kicks to advance.

Nigeria’s best finish at a U-20 Women’s World Cup was a runners-up showing in Germany in 2010. The hosts beat Nigeria in the final.