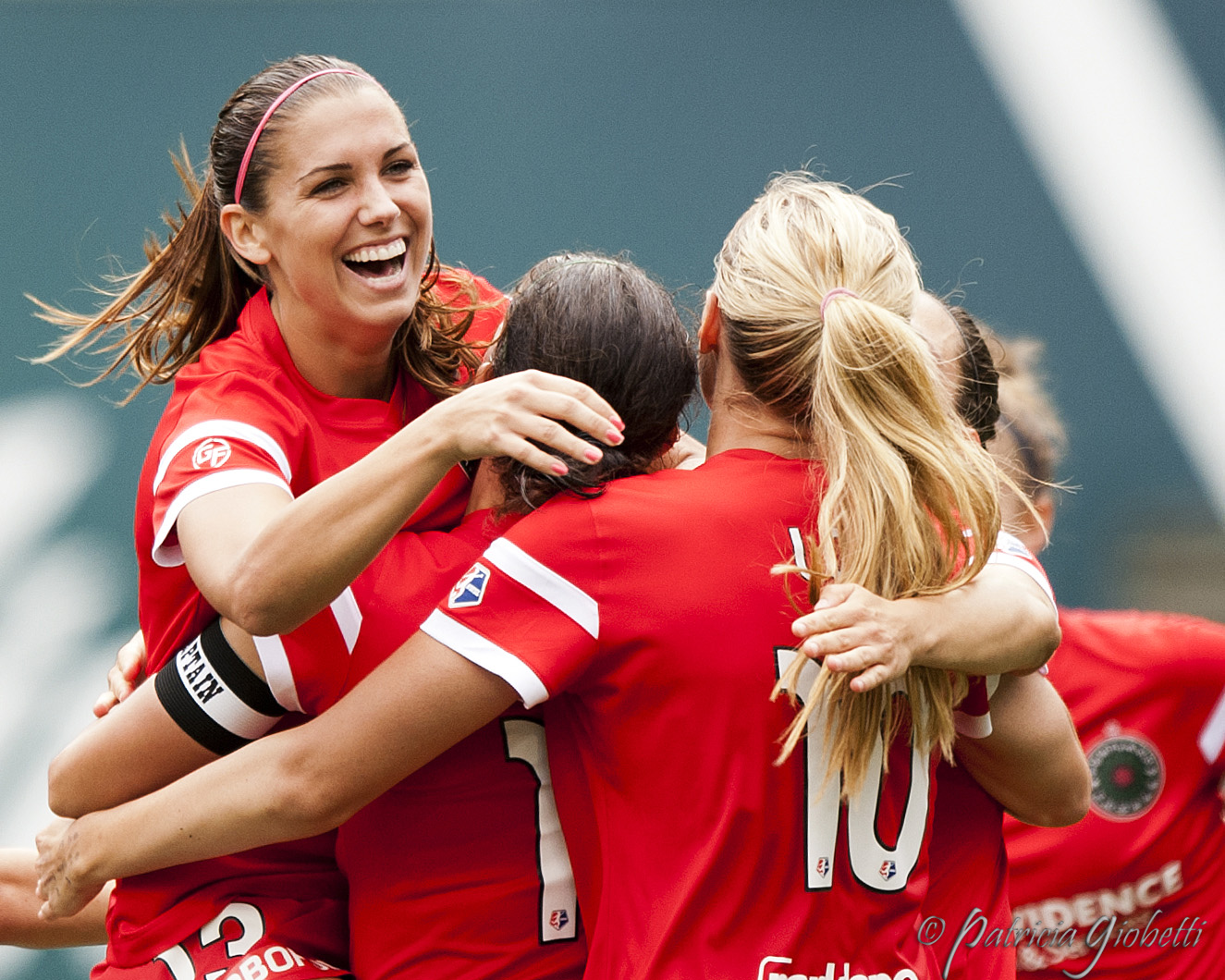 Alex Morgan’s 68th minute header gave Portland Thorns FC a 1-0 victory over Seattle Reign FC and with it the final playoff berth in NWSL.  The Thorns are the 3rd seed and will play at Kansas City next Saturday in a rematch of last season’s semifinal, won by the Thorns in extra time.

The Reign suffered just their second loss of the season and will host the Washington Spirit in the other semifinal next Sunday.  That match will pit the two teams that filled the final two spots on the table in 2013.  The Chicago Red Stars, who could have gotten in with a win over the Flash on Saturday, were held to a draw and eliminated with the Thorns’ win. 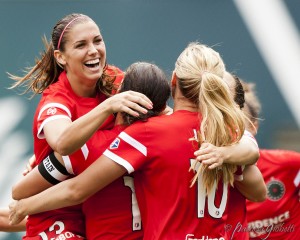 Morgan’s goal came off a corner kick when she darted in front of Hope Solo and hit a glancing header at the near post for her 6th goal of the season in just 14 matches.

“There really wasn’t any choice for us,” Morgan said. “We couldn’t tie. We couldn’t lose. It was either we make the playoffs with a win or we’re not making the playoffs. I like the fact that everyone stepped up when the pressure was on, when the 90 minutes we had left was up to us, our fate was up to us. I think that we played really well given the circumstances.”

On the other end Nadine Angerer recaptured some of her early season form by making several tough saves and controlling her box at every turn.

The Thorns had to play most of the match without Nikki Marshall, who appeared to injure her right knee in a non-contact incident while she was attempting to close down Sydney Leroux.  Marshall, who has started every match in Thorns’ history, never made an effort to get up before being taken directly to the locker room on a stretcher.  There was no immediate word about her condition or status for next weekend.

Portland (10-8-6) finishes third in the NWSL standings for the second consecutive season.  A year ago the Thorns rallied from 2-0 down to win at FC Kansas City in the semifinals, and then went to Western New York and beat the Flash 2-0 to take the championship.  The Reign (16-2-6, 54 pts) fell two points short of being the most proficient point earners in U.S. women’s soccer history, an honor that stays with the 2011 Flash.  The Reign did earn their first trophy by winning the regular season Shield and will play their first franchise playoff match next weekend at Memorial Stadium.  If they win, they will host the final August 31 at Starfire Stadium where they played home matches in 2013.

Kim Little did not score but won the Golden Boot with 16 goals.