France need shootout to see off Korea Republic, round out semifinalists 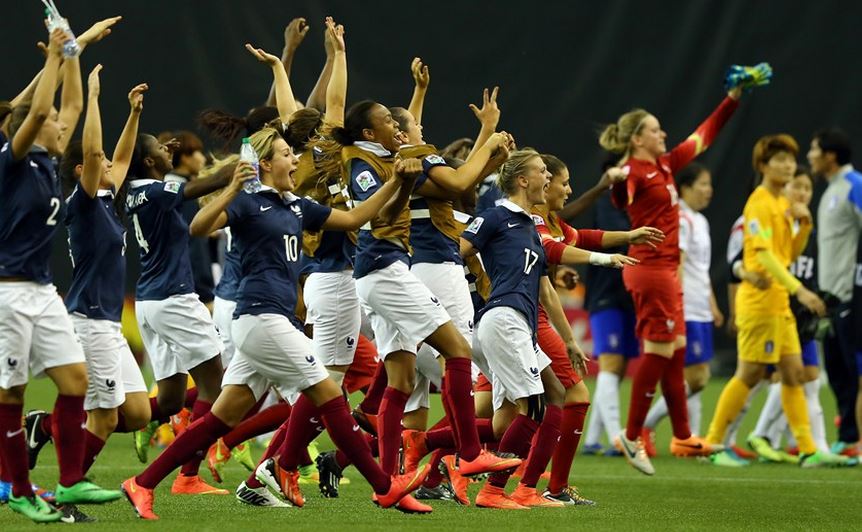 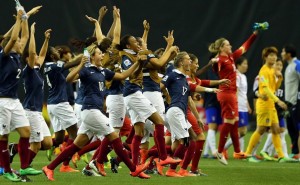 France will now face Germany in the quarterfinals. (Getty Images)

France completed the quarterfinal field of the 2014 U-20 Women’s World Cup with a win over Korea Republic in penalty kicks (4-3) on Sunday in Montreal.

Claire Lavogez converted the clinching PK, finding net in a way that she and her teammates so desperately desired to in the 120 minutes of open play.

France dominated the match, controlling 60 percent of the possession and out-shooting the South Koreans 18-2. Korea Republic’s only official shot of the first half came on a controversially awarded penalty kick, but French goalkeeper Solene Durand denied Lee Sodam and then Durand smothered the loose ball on the rebound, denying the Asian champions a chance to steal the game. It was Korea Republic’s only shot on goal in the opening 90 minutes.

Agonizingly for the French, Faustine Robert finally guided the ball into the back of the net in the 120th minute, but she was called offside, by a matter of inches.

Korea Republic injected a scare into France right off the kickoff for the second period of extra time, orchestrating a counter attack down the right flank. Choe Yuri whipped in a low cross to Jang Selgi, but she redirected the ball over the bar.

And it was Jang Selgi — Korea Republic’s captain — who put the ball over with the first PK of the shootout. Namgung Yeji did the same in nearly identical fashion on South Korea’s fourth kick from the spot.

Lavogez scored on the fifth and decisive kick for France, while Sandie Toletti, Griedge Mbock Bathy and Eve Perisset also converted for France.