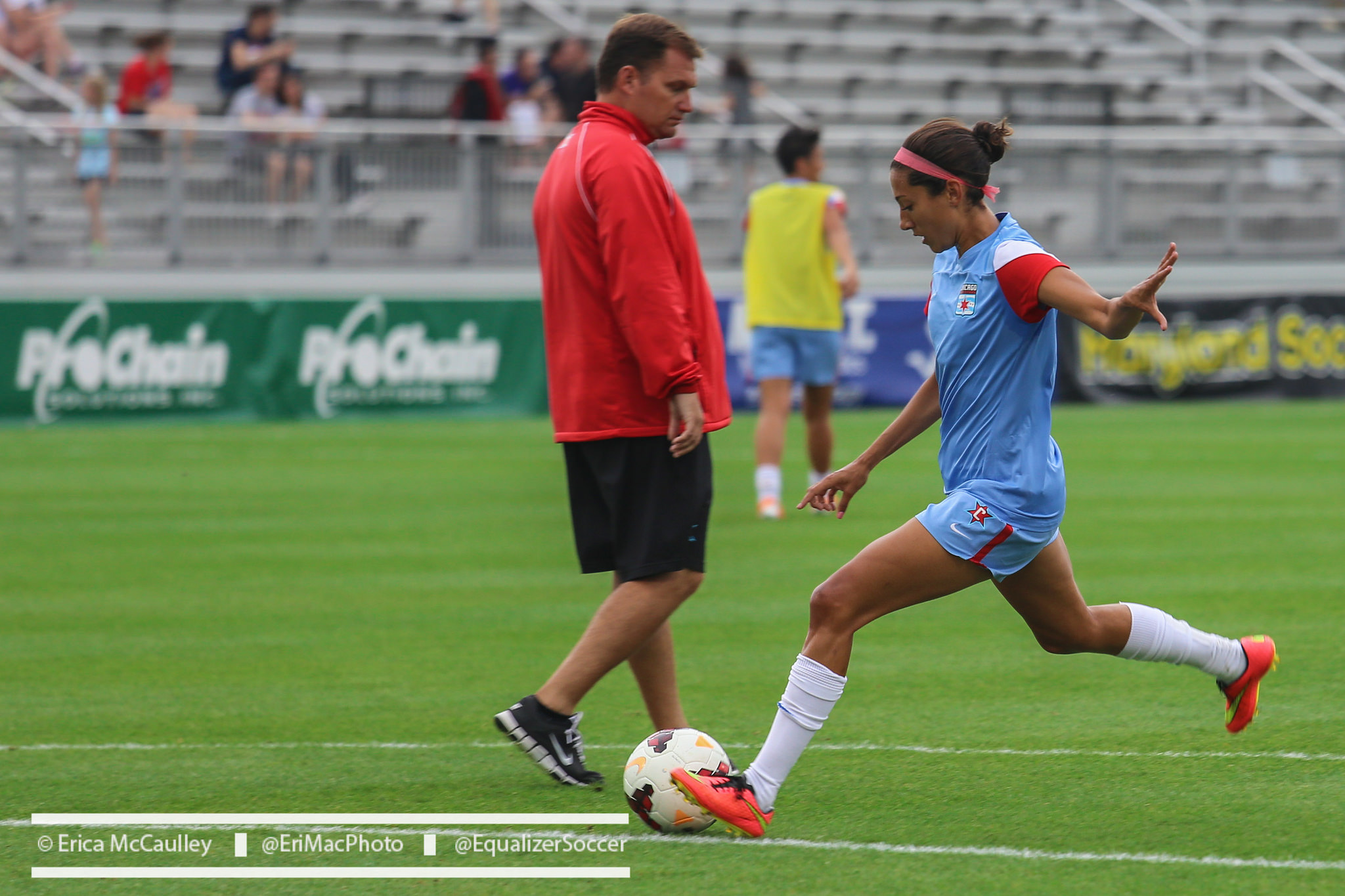 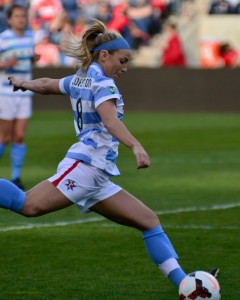 LISLE, Ill. — Playoff hopes are alive in Chicago — for now.

The Red Stars (9-7-8, 35 pts.) find themselves waiting another day to see if they will play in the postseason next weekend. They are now in a tie with the Washington Spirit (10-9-5, 35 pts.), since they lost to Sky Blue FC 1-0 also on Saturday night.

Washington holds the tie-breaker over the Red Stars with a 3-0-0 record during the regular season, meaning the Spirit have clinched a playoff spot as a result of Chicago’s tie. Despite winning on Saturday, Sky Blue is eliminated with Chicago’s draw.

However, there’s one more crucial match with Portland hosting league-leading Seattle Reign FC on Sunday afternoon. Portland (9-8-6, 33 pts.) needs a victory to reach the playoffs and a road trip visiting FC Kansas City. A tie or a loss would send Washington to FC Kansas City and Chicago to Seattle.

“I think that we’re all disappointed to be honest,” Chicago Red Stars head coach Rory Dames said. “We had some uncharacteristic mistakes and the game was too big in the first half. We were pretty disappointed at halftime. It really got to them and maybe the most all year. I thought the response in the second half was good and we created the most chances to win. Now, we just have to wait. We had a chance to close the door and we didn’t close it, now we have to wait and see what happens (Sunday).”

Chicago got their goals from Press, one on a penalty kick and another on a hustling effort for a rebound goal. Johnston scored the tying goal late to salvage the draw.

“The game was really wild,” Press said. “It was a lot more emotional than anything else. Both teams had to play on Wednesday. We all had different motives coming into the game. Obviously, we were in a must-win situation, it was really emotional for us. All of our players gave their best effort and gave what we had left.”

The Flash got their tallies from Samantha Kerr, Adriana Martin and Carli Lloyd. But Western New York wasn’t playing for a playoff spot. Instead, they came out and wanted to finish on a high note.

“I thought the overall effort was there,” Western New York Flash head coach Aaran Lines said. “We finished up on a positive note and we didn’t manage that properly. It was a good game of football for everyone that came out. Chicago always a great amount of resilience with the way they came back. Credit to them with the come back and help them along. It has been a good rivalry over the years.”

Early in the match, the Red Stars thought they had scored the opening goal 10 minutes in, when Press crossed the ball and it went off a Western New York defender into the goal for an own goal. But the assistant referee ruled that Johnston was offside on the play; it appeared that Johnston wasn’t a part of the play.

Chicago kept the pressure going forward. Melissa Tancredi missed the post to the left from up top of the box in the 13th minute. A minute later, Alyssa Mautz, from the right side of the box, sent a rolling shot past the far post.

The Red Stars took a 1-0 in the 17th minute, when Press converted a penalty kick into the left corner. The PK was awarded on a hand ball called on the Flash’s Lloyd in the box.

A bit later, Western New York had a free kick outside the box to the left after Sonia Bermudez was taken down by Chicago’s Taryn Hemmings in the 25th minute. Martin hit the free kick that was saved and pushed away by the Red Stars’ keeper Karina LeBlanc. A few minutes later, Abby Wambach hit a header over the crossbar off a corner kick.

Chicago made a mistake and had a problem clearing a ball deep in the back at the half-hour mark. The Flash cashed in with Martin scoring on a tap-in tying the match at 1-1.

Just before the half, Western New York scored off a set piece. Martin hit a free kick from the left to the right side of box. Wambach sent a headball in front, where Lloyd head flicked it with her back to the goal and into the net for a 2-1 Flash advantage.

Then, the Flash came out with intensity and added another goal in the 49th minute. Kerr scored off a pass from Wambach for a 3-1 advantage as they worked the ball back and forth.

In the 57th minute, Lori Chalupny got the offense moving for the Red Stars off the bench, she rolled a kick right by the far post from the left side of the box. A couple minutes later, Tancredi took a service ahead of the Flash defense and looked to have scored, but it was waived off — she was offside.

Moments later, Press took a service from DiBernardo on the run was initially stopped by Western New York keeper Didi Haracic, starting in her first professional match. But Press stayed with it, recovered the ball and hit it into the open net to make it 3-2 in the 60th minute.

The Red Stars almost tied the game three minutes later, when Tancredi hit a low kick off the leg of keeper Haracic then off the crossbar. Tancredi followed it up on the rebound with a header that Haracic one-handed over the top of the bar.

Chicago caught a break in the 79th minute. Shannon Boxx’s long free kick towards the back post. The ball was redirected off the arm of Lloyd, again, and the Red Stars were awarded their second penalty kick of the match. Press hit the kick, but this time Haracic moved to her right, making the save. On the rebound, Tancredi put the shot right back at Haracic for another stop.

Chicago kept applying pressure for the tying goal, and got it in the 93rd minute. Chalupny was tackled in the box by Western New York reserve Jasmyne Spencer, and for a third time, Chicago received a penalty kick. Johnston took this one and found the back of the net, tying the game at 3-3.