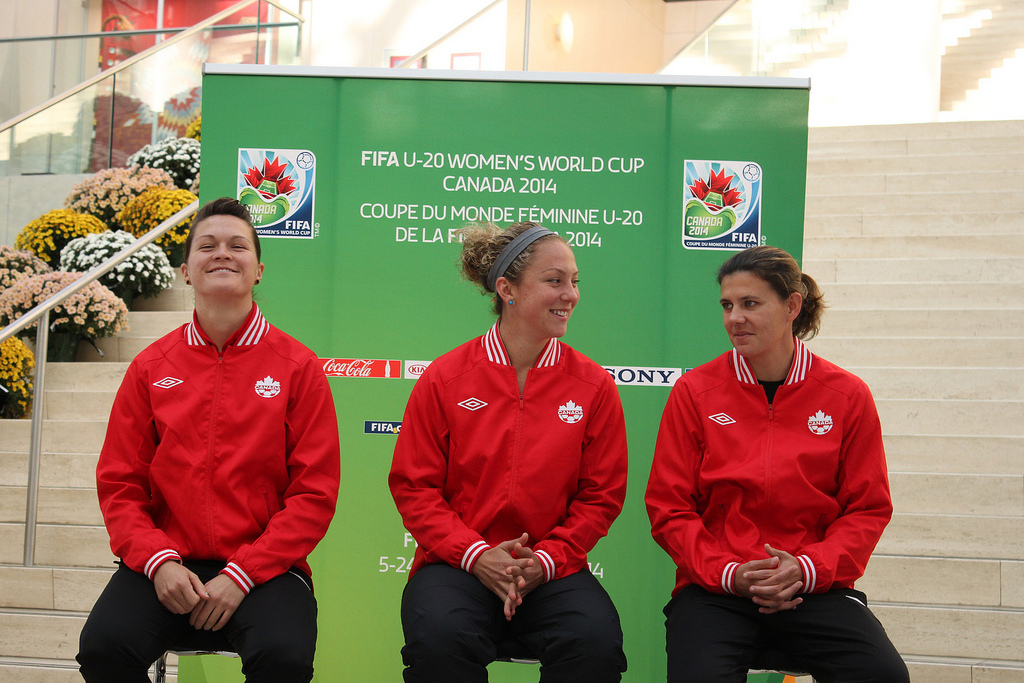 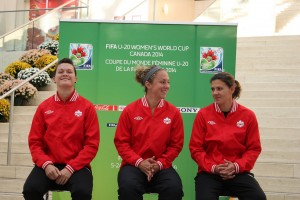 The U-20 Women’s World Cup in Canada that is currently taking place has an interesting history that helped to change the perception of women’s soccer and spur a new generation of players that has taken Canada to levels unfathomable in the late 1990s.

Canada, the 2014 U-20 World Cup host, is the first nation to hold the event twice. It certainly serves as a dry run function before next year’s full FIFA Women’s World Cup, as it did for Germany in 2010, but to Canadians the tournament means much more. The first time that Canada hosted was in 2002 and it became a seminal moment for the women’s game in the country.

The tournament then was a U-19 World Championship held at the end of the summer after the men’s World Cup in Japan/Korea. There were very few expectations on that first event—seemingly more like a small version of a Dallas Cup or Gothia Cup (Sweden) youth event. The CSA used only three venues in British Colombia (Vancouver and Victoria) and Alberta (Edmonton).

However, the two-week-long event became a unifying story nationally and increased the national awareness of the women’s game exponentially. Canada won five games to make their first world championship game in soccer at any level, men’s or women’s. The final was held in Edmonton’s Commonwealth Stadium—a venue which is also being used this summer, and where Canada will play its quarterfinal match on Saturday vs. Germany—before a sold-out crowd of 47,784 fans, while another 900,000 watched on television, the largest audience ever on cable sports network TSN at that time.

The rapture displayed by Edmonton’s fans was particularly shocking since the city had hosted a disastrous men’s national team exhibition tournament in 1999 with small crowds, the losses from which forced the CSA to severely cut back its spending that year. TSN announcer Gerry Dotson, opening the broadcast of the FIFA U-19 tournament final while the camera panned over the packed stadium exclaimed, “This thing has transcended sport across the country. It is more than just a game today; this is an event culturally, socially, of course a sporting event. It also is a watershed mark perhaps in the sport of soccer in this country. Things will never be the same, I dare say.” FIFA President Sepp Blatter succinctly labeled the tournament The Miracle of Canada.

For the Canadians, the loss couldn’t suppress the magic the team had created. Forward Candace Chapman said, “[To win the championship] would have just been icing on the cake. We might have lost the tournament but we won the heart of the nation. I think that says it all.” The exciting young Canadian team drove an explosion in media coverage and fan interest, mirroring in some ways what the U.S. team did in 1999 at the senior World Cup. What makes the Canadian story even more extraordinary is that the team was comprised of players between the ages of 15-18; most were still in high school. That team provided a number of full internationals for the side that finished fourth in the Women’s World Cup in 2003 and which won the bronze medal at last summer’s Olympics, including forward Christine Sinclair (Portland Thorns), midfielders Brittany Baxter (nee Timko with Seattle Sounders Women) and Diana Matheson (Washington Spirit), and goalkeeper Erin McLeod (Houston Dash). Kara Lang was also part of that group of wunderkinds.

With such a history, inevitably the 2014 Canadian U-20 team has huge expectations on the field and off of it—such as to drive attendances, particularly in Toronto, which will not host games next summer at the Women’s World Cup due to their previous award of the 2015 Pan-American Games.

The 2002 tournament averaged over 11,000 per game, due to strong crowds of over 20,000 for Edmonton’s three double-headers during the knockout stage. So far, after the first round of the 2014 U-20 Women’s World Cup, the attendance average is 8,608 for the twelve doubleheaders, ranging from Toronto’s high of 16,503 for Friday’s Group A matches including Canada-Finland, to a low of Moncton’s 3,587 for Group C’s first games. (Note: The 2007 Men’s U-20 tournament was also held in Canada and was hugely successful, averaging almost 23,000 per match, albeit with 24 teams and six host cities. The 1987 Men’s U-16 FIFA World Cup (now U-17) averaged a little over 5,000 per game in four Eastern cities, but was fortunate for even that average because Toronto-based Italy made the semifinals and attracted large crowds.)

On the field this weekend, Canada takes on Germany in one quarterfinal in Edmonton, while the U.S. plays North Korea in Toronto. Canada, who narrowly made the knockout round, started off the tournament in Group A by losing to Ghana, 1-0. A brilliant Canadian fight back from a 2-0 halftime deficit against Finland to win, 3-2, kept Canada’s hopes alive and then a 1-0 final game win vs. North Korea allowed them to eclipse Ghana on goal difference (plus-1 to minus-1) for the final spot. The U.S. finished second in Group B to Germany (7 points to 6), who defeated them the first day 2-0, and must meet the always dangerous and unknown North Koreans, though Canada’s win should provide the Americans with a measure of confidence that they can make the semifinals.