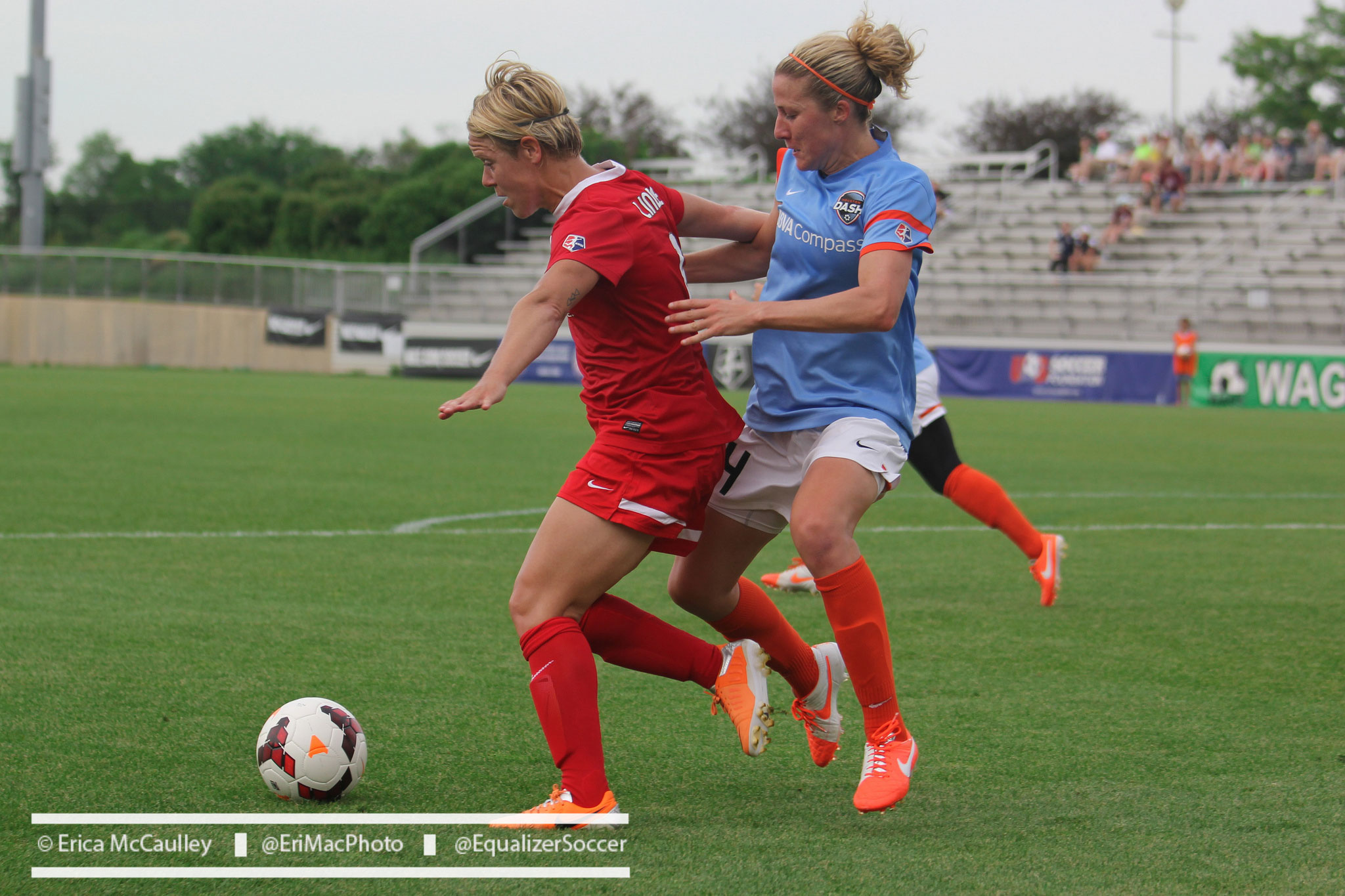 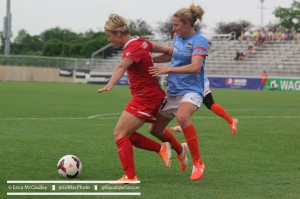 Becky Edwards (right) will return to Houston next season. (Photo Copyright Erica McCaulley for The Equalizer)

Midfielder Becky Edwards has re-signed with the Houston Dash, the team announced Friday. Edwards, 26, will also go on loan to Kristianstads DFF of the Swedish Damallsvenskan from Aug. 21 until the end of the season on Oct. 20.

Edwards was acquired by Houston from Portland Thorns FC in the January expansion draft, and she has played every minute for the Dash this season after tearing her ACL last summer with Portland.

“Becky’s leadership, the professionalism, the way she carries herself around the other players—especially with such a young team—she’s been invaluable not only on the field but off,” Dash head coach Randy Waldrum said. “She brings a calmness and composure to our midfield, and she’s great in the air defensively. If we continue to work on her game and being a little more dynamic, I think this is a player that’s already one of the best in the league and I think we can still take her game to a higher level. Really, really excited that we got her re-signed and committed to us.”

Lindsey announces she’ll retire at end of 2014
No fun watching for Lytle, but rehab going smoothly