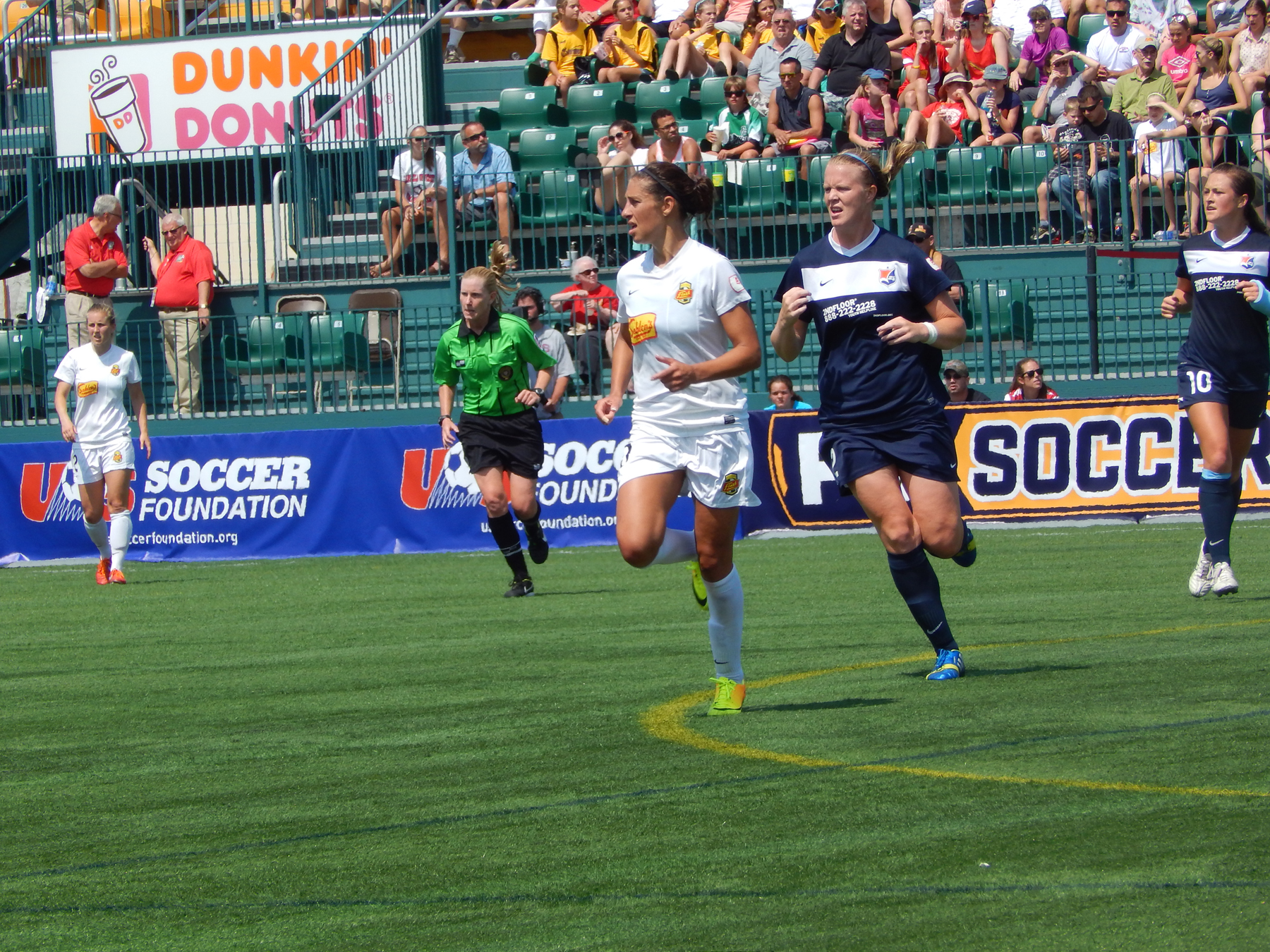 This was a semifinal match last season and this one serves as a virtual playoff match.  Either team is eliminated with a loss, and both teams are eliminated with a draw.  Both teams survived if they win, but only Sky Blue is guaranteed to get to the weekend.  If the Red Stars win later in the evening the Flash are out even if they win this one.  The injuries include Katherine Reynolds for the Flash and Lindsi Cutshall for Sky Blue, both out.  Both teams need help beyond tonight to have a chance to qualify.

What to watch for:  Sky Blue has traditionally struggled against physical sides but they overcame it in a 1-0 victory over the Flash on the final day of July.  Part of the reason for that is the recent addition on Nadia Nadim who has helped transform Sky Blue into a far more technical side with the ability to hold possession and create quality chances.  Flash defender Brittany Taylor has spent much of this season playing very well but has also made a series of fatal mistakes that have cost the Flash goals.  Nadim and Kelley O’Hara figure to be ready to pounce on any defensive blunders by the Flash in this one.

This is the middle leg in the Red Stars’ three-game homestand to finish the season.  And after getting help on the weekend they are now assured of a playoff berth if they can win this one and then Saturday against the Flash.  The weekend help came from the Breakers, who are now the opponent looking to help someone else with another win that would lift them off the bottom of the table.  The first two meetings this season—over four days in Boston in May—were dominant wins for the Red Stars, but the Breakers can be considered a different side now.  The Red Stars’ injury report includes too many players to list, but the highlights are that Lori Chalupny has been upgraded to probable and Shannon Boxx is doubtful.

What to watch for:  The Red Stars have had their finishing troubles and they will have to find a way through Alyssa Naeher, the beleaguered Breakers’ keeper who has thrived as more and more shots have come her way this season.  Christen Press and Jen Hoy among others are more than capable of filling the back of the net and whether or not they can do it when gives chances over the next three hours of soccer could be the deciding factor in whether or not the Red Stars play beyond this weekend.