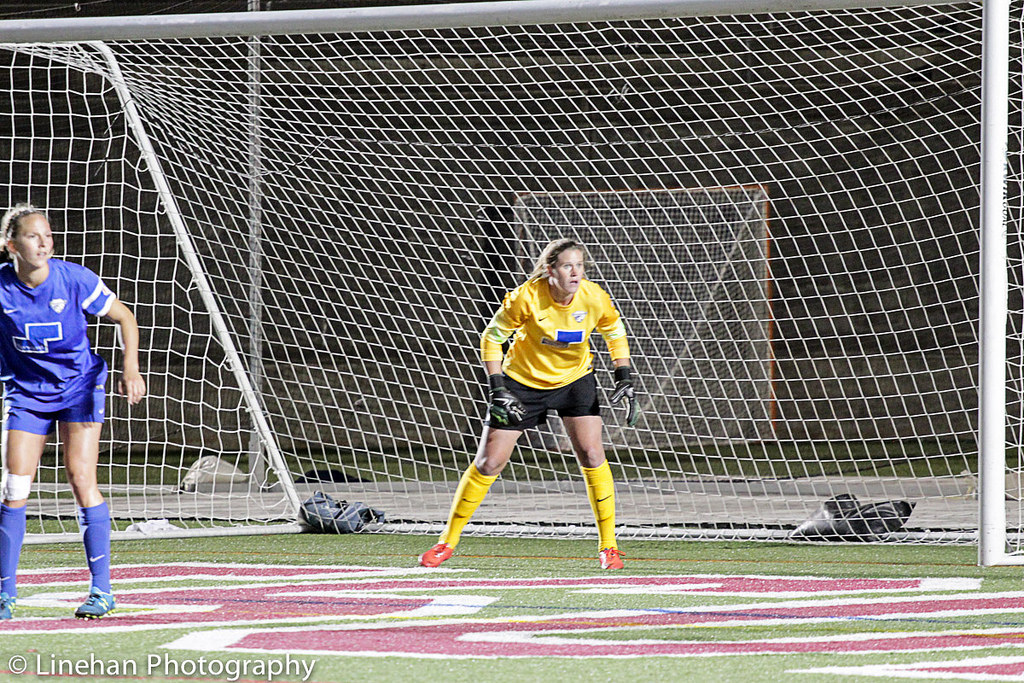 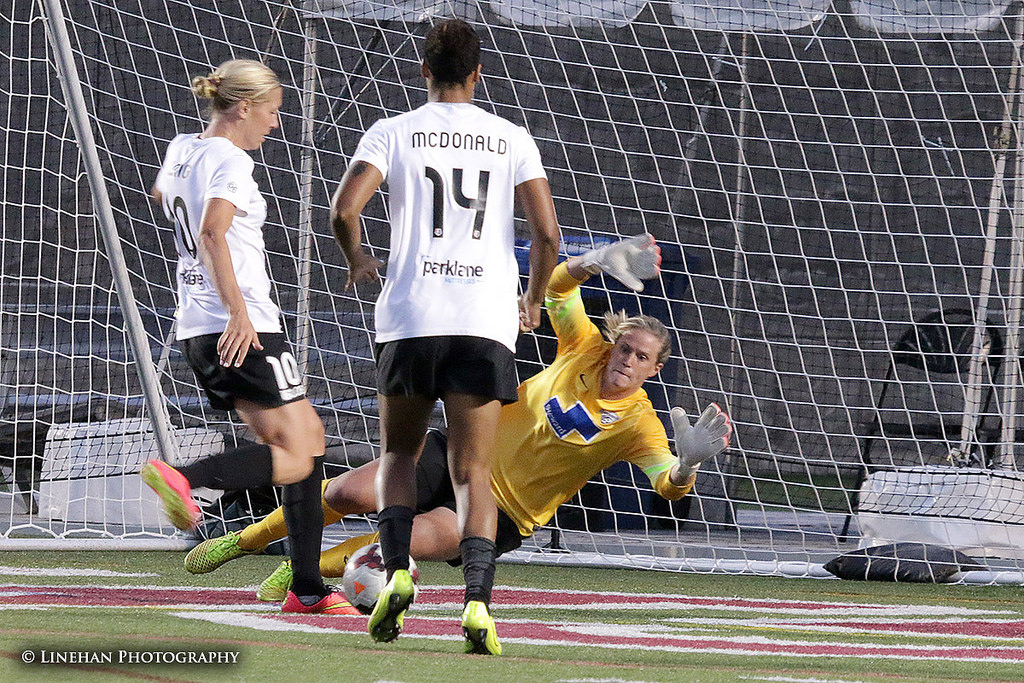 Alyssa Naeher made 12 saves in the Breakers’ 2-0 win over Portland. (Photo Copyright Clark Linehan for The Equalizer)

On May 28, a struggling but heavily favored Portland Thorns team came to Harvard Stadium and got whooped, 4-1 by largely reserve players for the Boston Breakers.

On Sunday, the changes to Tom Durkin’s Boston side were more subtle, but the result was yet again a victory for last-place Boston, 2-0 this time. And thanks in large part to a brilliant individual effort from Breakers goalkeeper Alyssa Naeher, this loss could cost the defending NWSL champion Thorns a playoff spot.

Naeher saved everything that came her way, and Boston scored twice early, forcing the fourth-place Thorns to sit through the next week of matches an hope results go their way. It’s possible that by the time Portland takes the field at home next Sunday against regular-season champion Seattle Reign FC, the Thorns will already have been eliminated from the playoffs and any chance at defending their title.

Defender Rachel Wood, playing in her fifth professional game after being called up from the reserves, put Boston ahead in the 11th minute following a busy sequence of events. Lianne Sanderson earned a penalty kick for Boston after being brought down in the top corner of the box by Thorns defender Emily Menges, but Portland goalkeeper Nadine Angerer got a fingertip to Heather O’Reilly’s PK and pushed it off the post, eventually leading to a Breakers corner kick. The ensuing O’Reilly corner kick pinballed around the box, and Wood slotted her low shot into the net from 12 yards out to give the Breakers the lead.

Portland seized control of possession from there, but Naeher saved everything that came her way. First it was a left-footed shot by Alex Morgan in the 18th minute that forced Naeher to make a diving save. Then it was Morgan again on successive chances in the 40th and 42nd minutes — left-footed and right-footed shots, respectively — that called Naeher into action. 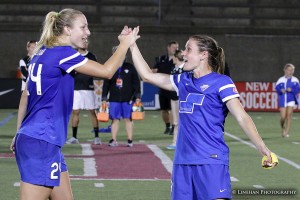 O’Reilly and the Breakers attack provided Naeher support on the other end of the field, scoring a second goal in the 25th minute. After Thorns defender Nikki Marshall gave the ball away around midfield, Sanderson split the Thorns defense with a through ball down the right channel for O’Reilly, who tucked her right-footed shot over Angerer’s head and just inside the far post.

Naeher’s heroics continued in the second half as she stopped shots left and right from Morgan and Sinclair. Naeher’s most critical save came in the 63rd minute, when she stuffed Allie Long from six yards out after Veronica Boquete had threaded a through ball past four Breakers defenders.

Boston defenders helped along the way, including covering for Naeher in the rare occasions that she was beaten. Julie King cleared Morgan’s effort off the line in the 52nd minute, and Joanna Lohman, Mollie Pathman and Wood each covered Naeher’s net in the final minutes to keep Portland off the board.

The Thorns now can’t obtain more than 36 pts. this season, with one match remaining vs. Seattle. Sky Blue FC maximum is 34 pts., while Western New York’s is 33 pts. and Chicago’s is 37 pts. Washington, already on 35 pts. and in third place, has one match remaining.