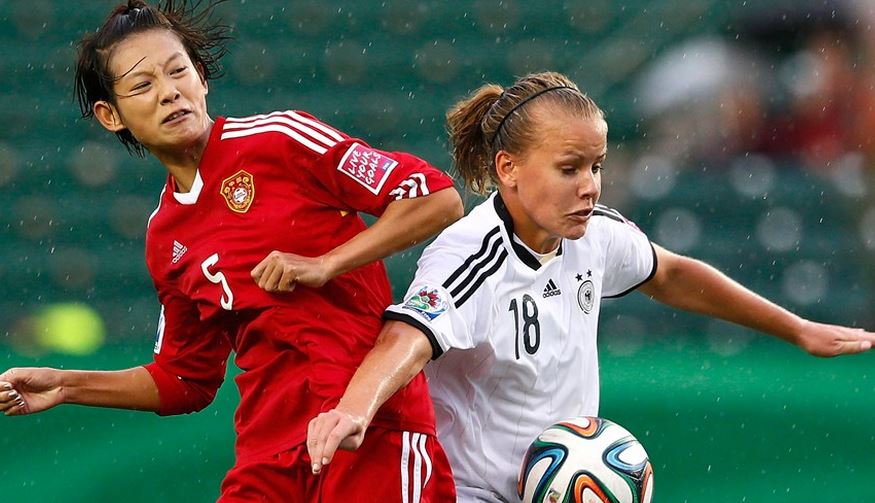 As the rain poured down in Edmonton, Canada, on Friday, the goals poured in.

Germany and China played to a wild 5-5 draw at Commonwealth Stadium in Group B play. Neither team led by more than a goal at any point, and China ensured that the drama continued until late in the match; Zhang Chen scored the final equalizer in the 80th minute.

Pauline Bremer opened the scoring for Germany in the 10th minute, and Germany held that lead for a match-long 30 minutes until Zhu Beiyan equalized just before halftime. But Sarah Daebritz sent Germany into halftime ahead with a first-half stoppage time goal.

China equalized right after halftime, and the two teams traded goals once again in bizarre fashion before Theresa Panfil’s second goal of the game — and third of the tournament — looked like the game-winner in the 71st minute. But Zhang found the final equalizer in the 80th minute for China’s second draw in as many games. Germany stays atop the group with four points after beating the United States in the opener.