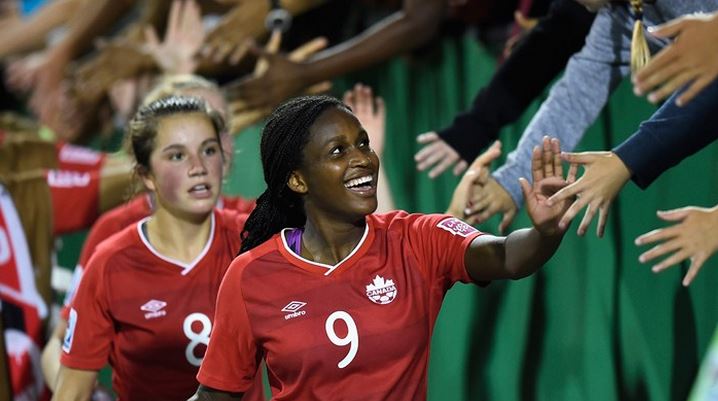 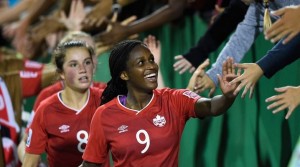 U-20 Women’s World Cup host Canada scored three unanswered goals against Finland in the second half to win 3-2 and avoid elimination on Friday at the National Soccer Stadium. Nichelle Prince scored the late winner for Canada in front of 16,503 fans in Toronto.

After being upset by Ghana in Tuesday’s World Cup opener, Canada needed at least a tie to avoid elimination. Finland’s Juliette Kemppi put serious doubt into that with two goals in the opening 21 minutes.

But with their backs against the wall, the Canadians came back quickly after halftime, dictating much of the final 45 minutes. Janine Beckie headed the ball into the net in the 48th minute, and two minutes later, Canada was level with Finland through a strike from Valerie Sanderson.

[KASSOUF: Atmosphere in Toronto provides taste of what’s to come in 2015]

It was Beckie who found Prince for the winner in the 80th minute, and Prince finished the ball for the game-winner. Prince was a second-half substitute who provided a spark on Tuesday, but on Friday she played the full 90 minutes and proved to be the hero for Canada.

Next up for the hosts is Korea DPR, who leads the group with 6 pts. through two matches, having beaten Finland and Ghana. Ri Un Sim scored twice for Korea DPR on Friday vs. Ghana and Jon So Yun added a penalty kick in second-half stoppage time for a 3-0 victory.

Finland still has a chance at advancing, but will need to beat Ghana and see Canada lose to Korea DPR (plus tiebreakers).

Seattle, Kansas City set times for NWSL semifinals
Horan, Green save US in victory over Brazil