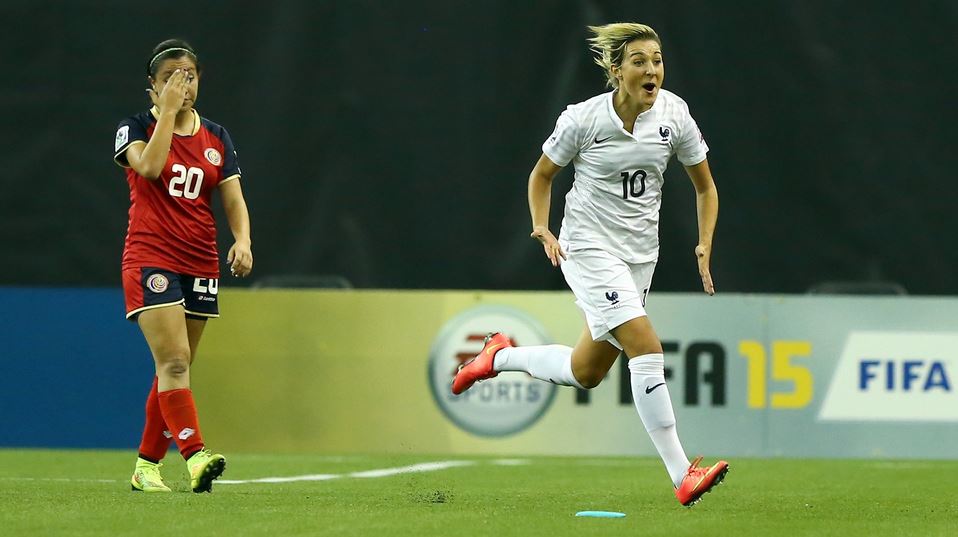 France’s victory over Costa Rica featured three goals in the first half, including this world-class volley by Claire Lavogez:

Elsewhere in Group D, New Zealand started off well in its hopes of advancing to its first-ever World Cup knockout round. Emma Rolston and Steph Skilton scored three minutes apart just before halftime for the Football Ferns in the 2-0 win over Paraguay.

Group C was all about the 1-1 draw, with Mexico tying U-20 World Cup regular Nigeria despite Fabiola Ibarra’s early goal, and England coming back to tie South Korea on a 68th minute goal from Martha Harris.