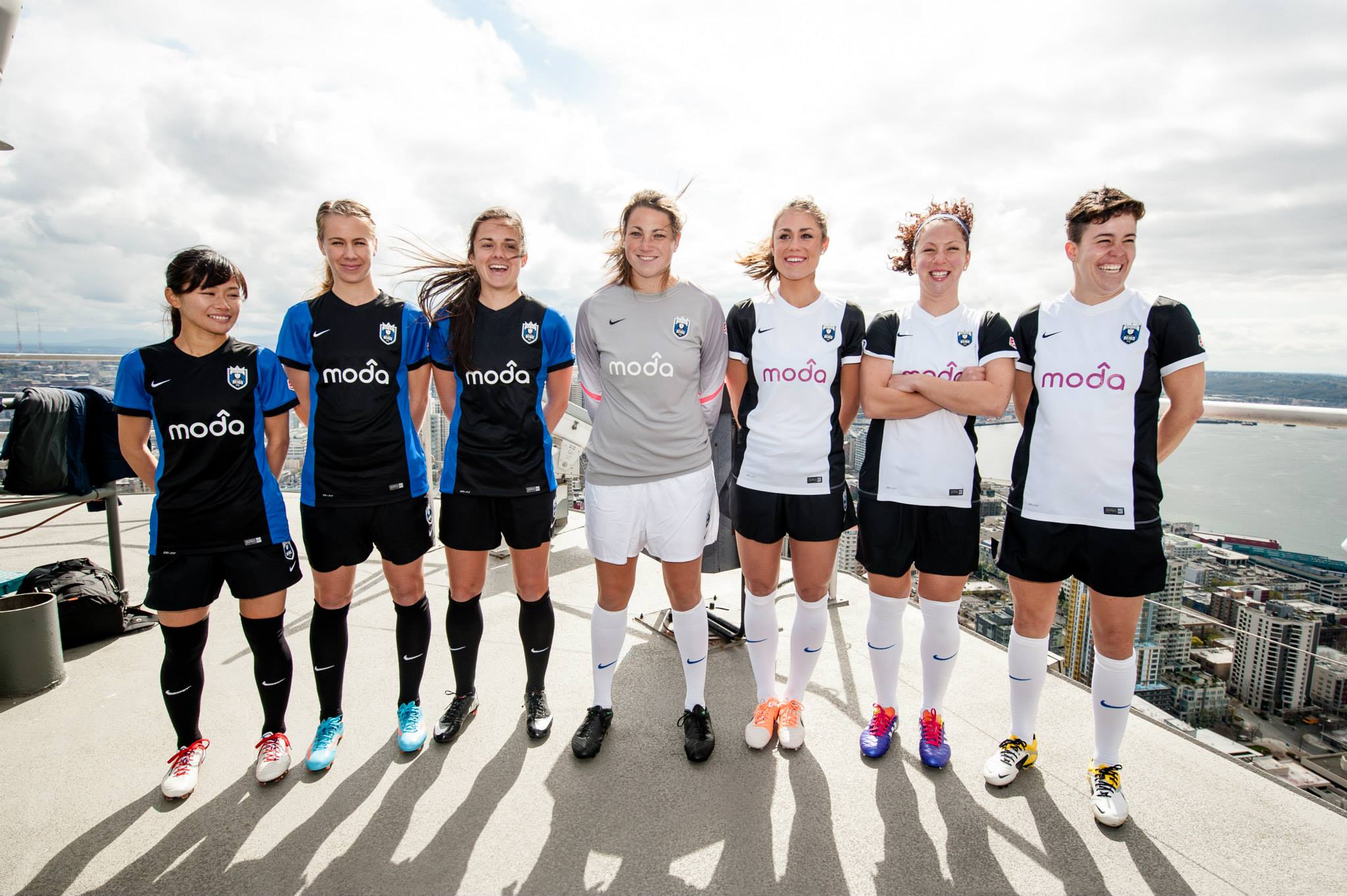 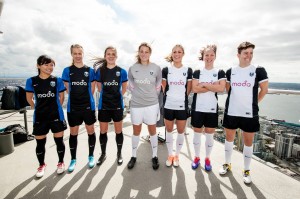 Whether in white or blue, the 2014 Reign have won. They did it again Wednesday, 4-1 over the Dash. (Seattle Reign FC/JaneG. Photography)

Seattle Reign FC completed a season series beatdown of the Houston Dash with a 4-1 pummeling that Memorial Stadium on Wednesday night. Nahomi Kawasumi scored two quick goals midway through the opening half and Bev Goebel added one before halftime. Kim Little netted her 15th after halftime to maintain a two-goal edge on Amy Rodriguez in the Golden Boot race and only a late score by Nina Burger prevented Reign backup Haley Kopmeyer from earning a clean sheet. The Reign improved to a staggering 16-1-5 (53 pts) while the Dash slipped to 5-13-3 (18 pts). The Dash will finish their inaugural season in NWSL without a victory over any of the current top five teams (0-12-3.) In three matches this season the Reign outscored the Dash by an aggregate 10-2.

Despite the lopsided score the Dash very nearly took the early lead. A 13th minute sequence found Kopmeyer off her line to thwart Tiffany McCarty, but she left the goal empty and Melissa Henderson sent a redirection on goal. Only an alert play by Lauren Barnes to head it out of danger prevented the goal.

The match was played fairly even for the first half hour. That’s when the Reign put their stamp on it with a pair of quick goals. In the 32nd minute, Kim Little took what looked to be some standard midfield possession and lofted a ball over the top to Kawasumi who got in alone after barely staying onside. Kawasumi walked into the six-yard box and as Bianca Henninger made a move to the ground, played a shot off the Dash keeper and into the net. Two minutes later, Jess Fishlock delivered a similar ball over the top to Kawasumi. This time Henninger got caught straying off her line and Kawasumi altered her tactics, chipping Henninger with a single touch for her second of the night and 9th of the season.

It took five minutes to find the third goal. Kawasumi was given too much space to operate 25 yards out from goal and slipped a ball to Goebel, who nearly lost Whitney Engen, took a touch to leave Henninger helpless and had an easy finish for her 5th goal of the season. Little closed out of the scoring in the 62nd minute. Walking into an acre of space up the left—and possibly being offside—Little ran onto a ball from Kiersten Dallstream and had what seemed like forever to dribble around Henninger and finish back across her body to make it 4-0.

The Dash battled back to nab one late. Marissa Diggs emerged with a ball on the left flank and played a ball in the box to Burger. The clever, one-touch finish by the Austrian international beat Kopmeyer for the final goal of the night and Burger’s 3rd of the season.

The Reign are back at Memorial on Saturday for their regular season home finale against the Washington Spirit. They can join FC Kansas City with unbeaten home seasons if they beat or draw the Spirit. The Dash also finish their home schedule Saturday, against Sky Blue FC.