US undaunted by Group of Death at U-20 World Cup 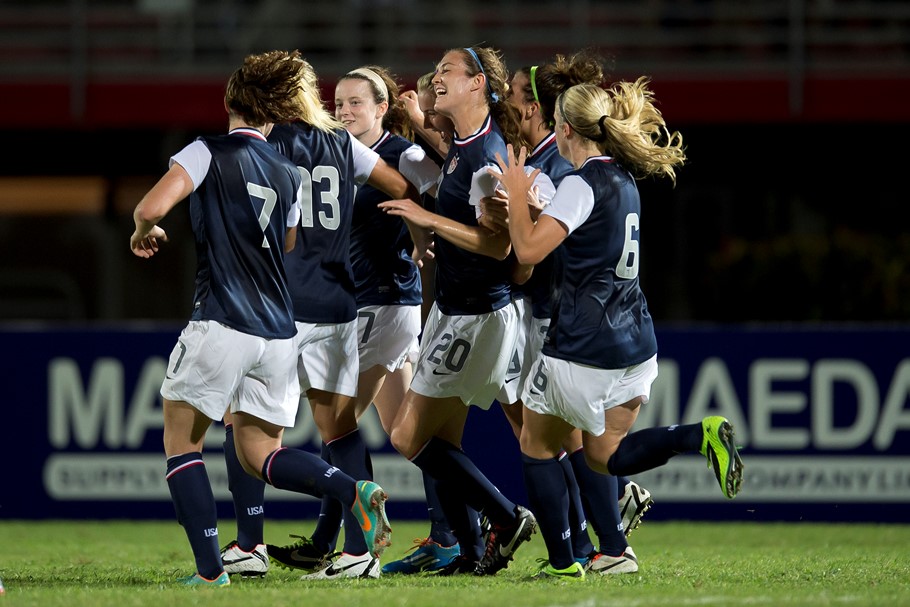 For the United States, that means entering the FIFA 2014 U-20 Women’s World Cup — which kicks off on Tuesday in Canada — as the defending champions with a new coach and only two players on the roster from that title-winning team in 2012. Such is life as players age and quickly move out of respective age groups.

Defenders Cari Roccaro and Stephanie Amack are the only two players remaining from the team that beat Germany in extra time of the 2012 final, lifting the U.S. to its third world title in the age bracket (the competition was the U-19 Women’s World Championship in 2002 and 2004). Michelle French is now in charge of the U-20 U.S. women; Steve Swanson, who guided the team in 2012, is now the coach of the U-23 U.S. team, along with his head coaching job at the University of Virginia.

In short, it’s a clean slate for the U.S. despite entering as defending champion and being tournament favourites with Betfair and other bookmakers.

“The way I’ve communicated to the group is that the biggest accomplishment they’ve had so far is qualifying,” French told The Equalizer. “Now let’s get out of the bracket.”

That bracket includes one of the toughest group draws ever: The United States opens the tournament on Tuesday in Edmonton with a rematch of the 2012 final against fellow world power Germany. After that, the Americans get Brazil on Friday and China on August 12 to round out Group B play.

There are Groups of Death, and then there is that Group B at the 2014 U-20 Women’s World Cup. FIFA put that in perspective on Monday:

“To even make the World Cup you have to be pretty tremendous,” French said. “We knew it was going to a tough road.”

French says leadership is a strongpoint for the Americans, including the experience of Rocarro and Amack. They will lead from the back, while striker Lindsey Horan carries the expectations of being the team’s main goal-scoring threat as the only professional player on the squad. She is entering her third season with Paris Saint-Germain in France after skipping college. She just signed a new two-year extension there, and she has earned minutes with the senior U.S. team as well.

Horan missed the 2012 U-20 World Cup due to injury, but she’s healthy now and ready to make a significant impact, French says.

“She definitely brings a professional mentality, particularly to training,” French said of Horan, noting her striker’s attention to hydration and proper rest. “She’s brought that to other players and it’s so great.”

Savannah Jordan will likely pair alongside Horan. Jordan has six goals in nine caps at the U-20 level.

Several big-name youth players will be watching their U.S. team from the sidelines, too. Notable cuts after a July training camp in Seattle include midfielders Morgan Andrews and Joanna Boyles, who were both integral for the U.S. at the U-17 level.

“Cuts are always a tough thing,” French said, without getting into specifics of any players. “Players who came in at the end of the cycle have excelled technically, and their fitness level has been great.”

But French is focused on Germany, who she says has a “special” front line.

“They’re ability to transition from defense to attack is some of the best in the world,” she said.

French’s U.S. team will need to be all-world in this group, too. Only two teams will advance to the quarterfinals.