Flash now playing for pride after another loss 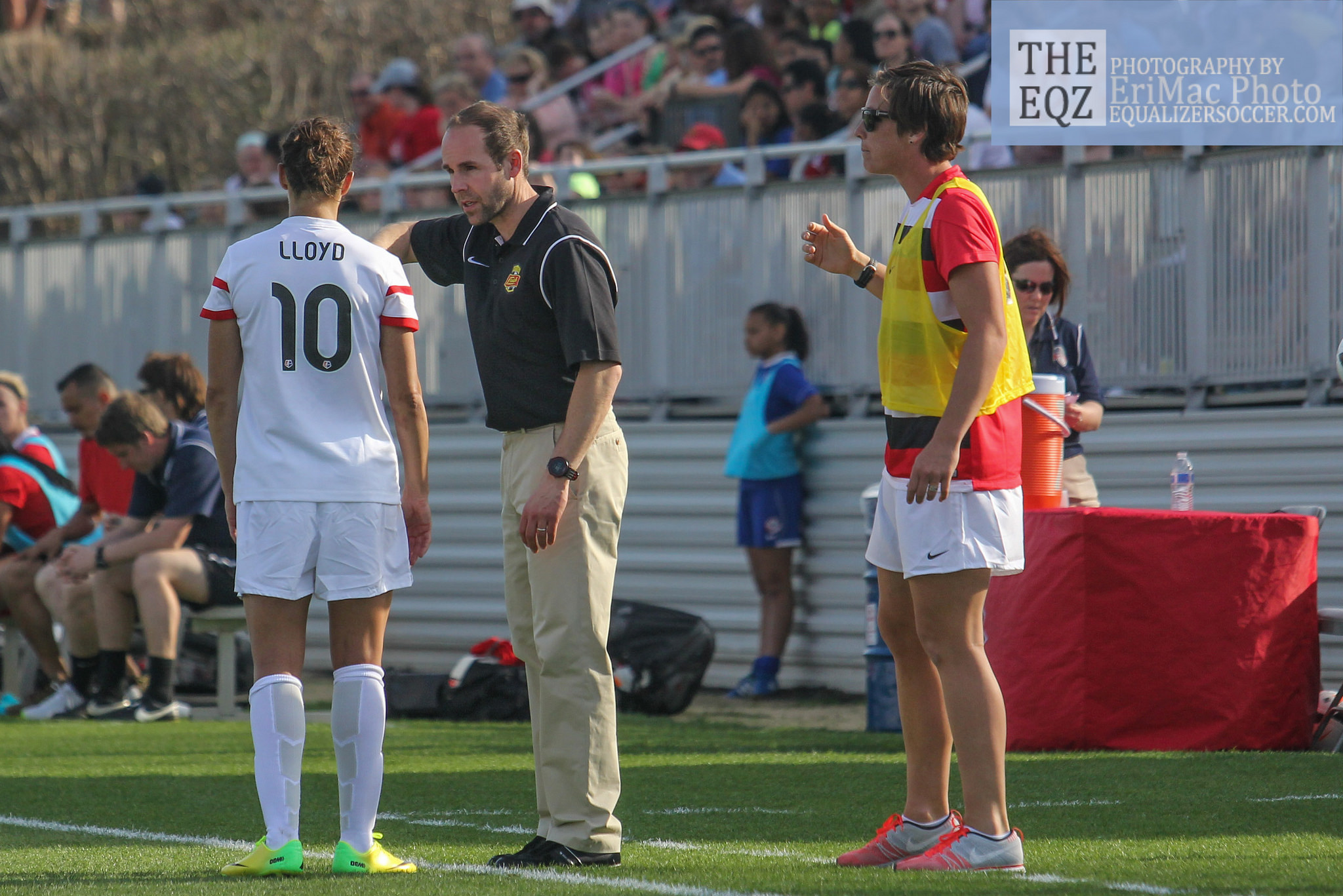 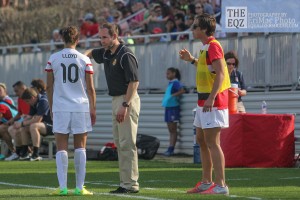 Few things have gone right for the Flash this season. (Photo Copyright Erica McCaulley for The Equalizer)

PISCATAWAY, N.J. — A week ago Western New York Flash coach Aaran Lines said his team was out of the NWSL playoff race after losing to the last-place Boston Breakers.

The comments seemed to be a bit of gamesmanship — one coach even called it that — for a team that was, at the time, 4 points out of a playoff spot with four games to play and a favorable schedule.

But on Thursday, that pending elimination for the Flash, who have been to four straight finals in four different leagues, became much more of a reality with a 1-0 loss Sky Blue FC.

“We created enough to get something out of the game, but I feel like a broken record,” Lines said Sunday under the lights of Yurcak Field. “I’ve said that a few times this season, and we just haven’t managed to do it. It’s the difference between being a good team — being a top team — and being where we are.”

Abby Wambach played in her first match of any kind since May 31, when she sprained her LCL in her left knee. She had several opportunities to be the hero on Thursday — including a trademark diving header on the stroke of halftime — but couldn’t find the net to save her team’s season.

“This hurts the heart,” Wambach said of the loss. “I had clear chances to score goals today. Even though I know they wouldn’t say it, I feel like I let my team down. This was a big game; we needed to win this game to put ourselves in hopes off being able to control our season, and now I just feel like I should have put those chances away.”

For Lines and the Flash, the reality of missing the playoffs is now fully palpable, though not yet official. Lines said that in the final three games of the season he will rotate in some of the players who haven’t seen as many minutes. But he’s holding off on talks of rebuilding.

“I’m going to evaluate the season after it’s finished,” Lines said, asked where things went wrong this year. “We’ve got three more games left. But obviously they know — you take some time and you look at things — but obviously certain positions, we’ll be looking to strengthen. We’ll be looking to strengthen certain positions on the field, on our roster, and some fresh blood. But we have three games remaining and everyone in that locker room is giving their best for the club and for the owner, who has been good to women’s football.”

Carli Lloyd has worn the captain’s armband for the Flash most of this season in the absence of Wambach. Lloyd has been Western New York’s engine, scoring seven goals and adding four assists. She says the final three games are now about seeing out the season.

“We knew that there was no room for error, and now we just have to play out the remainder of the games with some pride,” Lloyd said. “But I don’t think the season is on this game, this last game. There’s been something about this group, where we’ve got so much talent but we really haven’t been able to kind of get it going.”

In the offseason, Lines will try to put his finger on exactly what went wrong for his team. Injuries haven’t helped — the Flash lost their top two goalkeepers to season-ending knee injuries. Center back Estelle Johnson retired from professional play and outside back Alex Sahlen missed the season to give birth to her and Lines’ first child.

Mathematically, the Flash are still alive. They are 6 points behind fourth-place Portland. But even in the ever-crazy NWSL, it would take the greatest of miracles for Western New York to play past August 17.