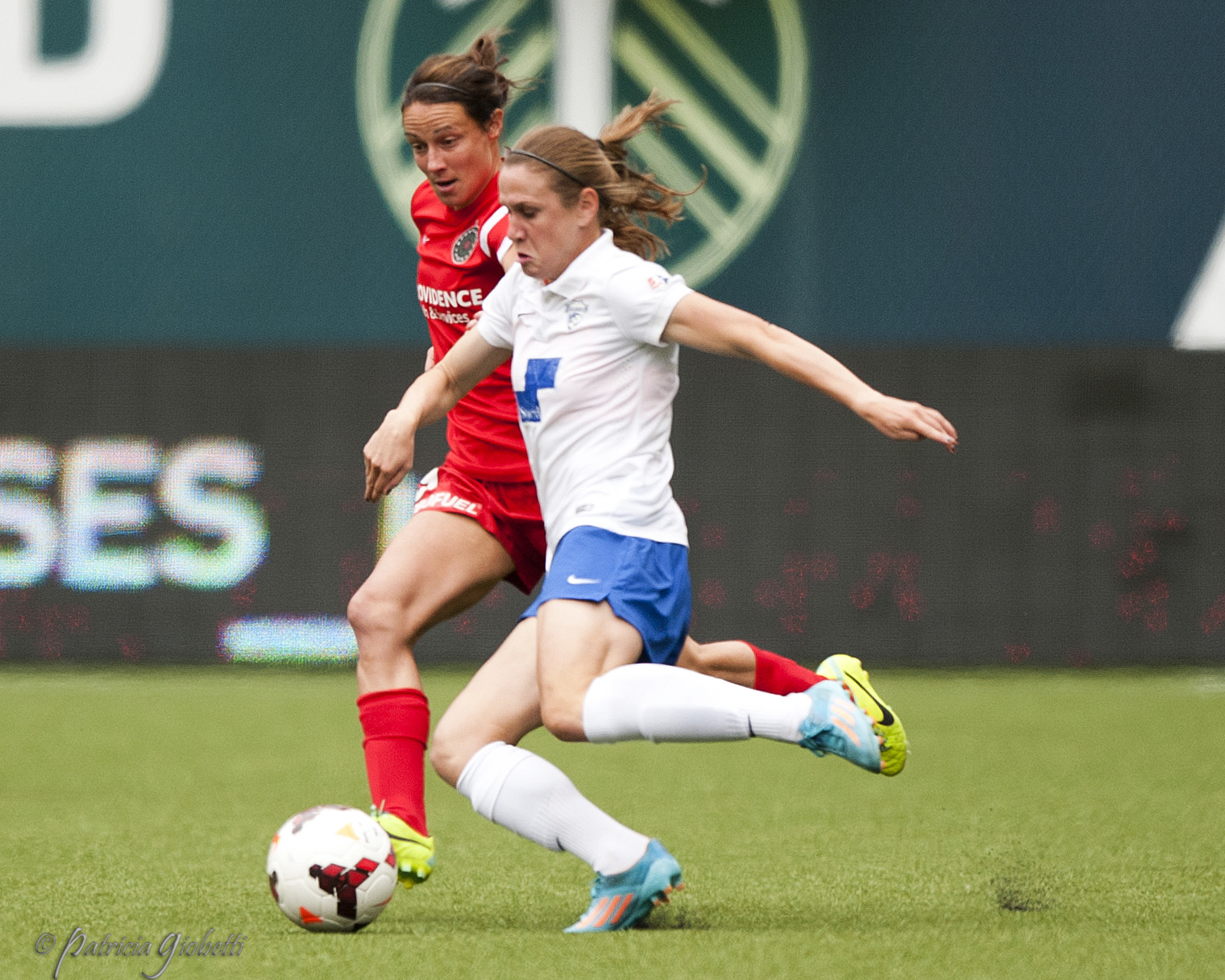 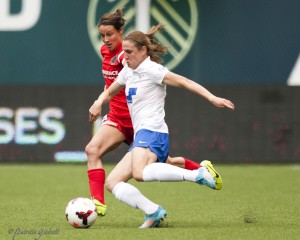 It was a sloppy first half as both teams struggled to maintain a consistent momentum. The Flash defensive line lacked cohesiveness, causing the Breakers to easily capitalize and score three goals in the first half.

The speed of play picked up in the second half and the Flash specifically were more lively, but ultimately unable to comeback to win.

A nice sequence from the Flash in the 13th minute almost generated the first goal of the match, but the shot ultimately missed. Sam Kerr controlled a long ball in from McCall Zerboni, who sent a ball into Lloyd and her shot went just over the top of the net.

In the 14th minute, Carli Lloyd crossed into the box where Jasmyne Spencer made a great near-post run and headed in the first goal of the night. It came just a minute after O’Reilly hit the crossbar at the other end.

Spencer looked for her second goal of the night in the 20th minute when she made her way down the left flank and received a ball in from Lloyd. Spencer drilled a shot toward goal, but it sailed just over the top of the net.

Lianne Sanderson netted the equalizer in the 27th minute off a beautiful cross from Kristie Mewis. Sanderson chest-trapped the ball, cut it back and drilled a a low shot inside the left post.

Brittany Taylor was fouled in the 29th minute for tugging on Jazmine Reeves’ jersey in the box. A penalty kick was awarded to the Breakers and O’Reilly easily capitalized on the opportunity, giving Boston the early edge over the Flash.

The Flash looked to tie things back up in the 34th minute when Lloyd found Kerr on the right side, Kerr quickly returned the ball to Lloyd in the box, but Lloyd’s shot went directly at Alyssa Naeher.

The Breakers caught the Flash defense off guard in the 38th minute and easily capitalized for their third goal of the night. O’Reilly sent a cross into the box, where Reeves was unmarked in between two Flash defenders and easily finished with a header.

Hayley Palmer sent a cross into the box in the 54th minute that bounced around a bit, before finding the foot of Lloyd, who finished with a strong shot to the upper right corner of the net for the second goal of the night for the Flash.

There was a close call in the 76th minute when O’Reilly sent a dangerous ball across the goal, but was unable to connect with anyone up top.

Flash defender Kristen Edmonds sent a ball into the box in the 81st minute and found Lloyd, who sent in a beautiful header toward the lower left post, but Naeher was there to make the brilliant diving save.

O’Reilly earned the brace in the 86th minute when she finished a breakaway, beating the Flash’s three defenders as Western New York pushed for an equalizer.

Boston (4-13-2, 14 pts.) remains at the bottom of the NWSL table. The Flash are now 7-10-3 (24 pts.) and in serious jeopardy of not making the playoffs after playing in four straight league finals, winning three of them.