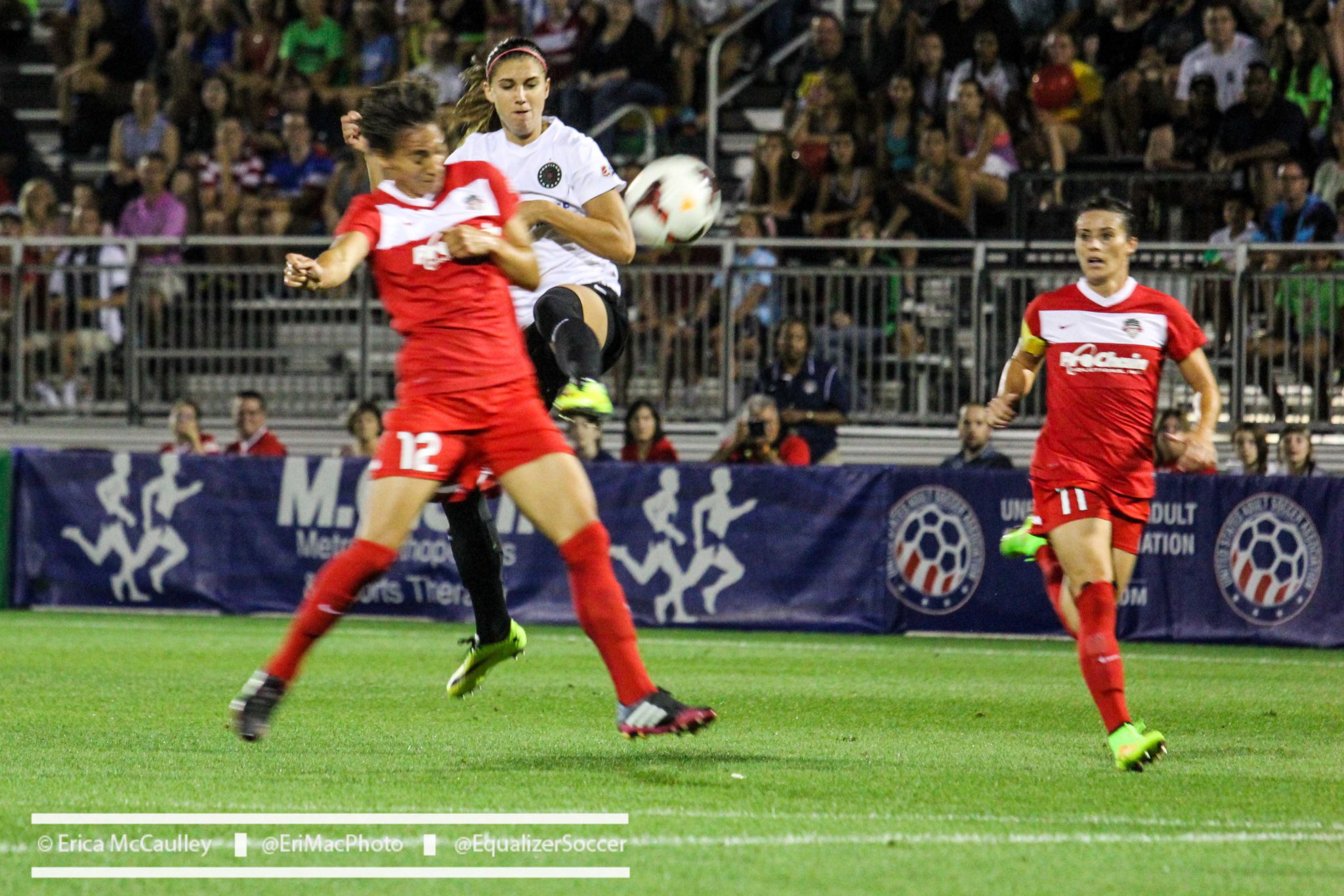 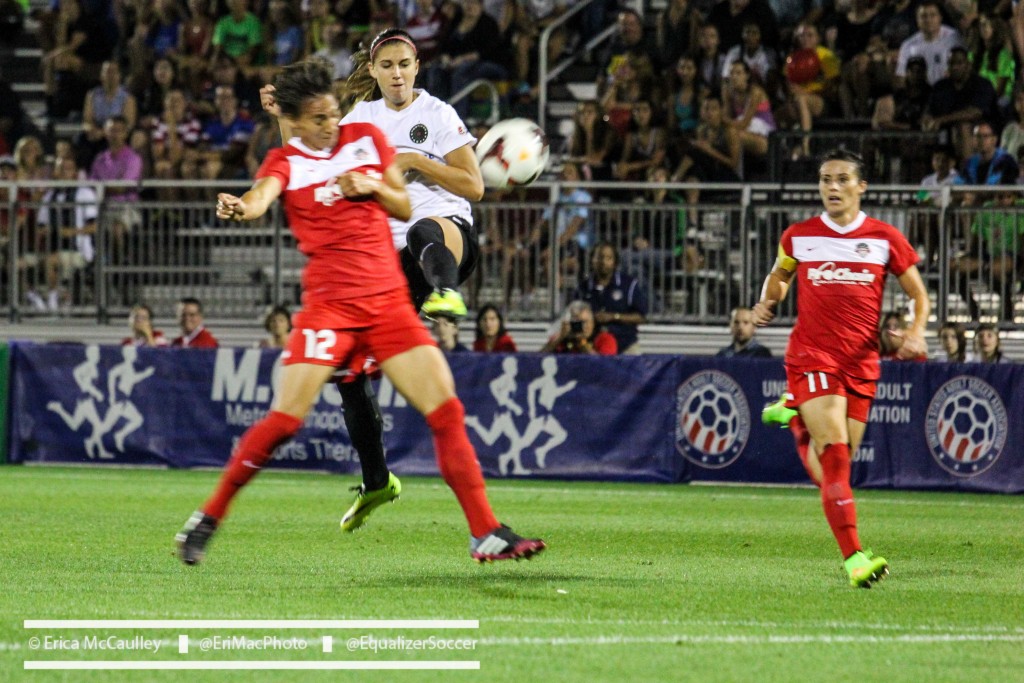 BOYDS, Md. — With both teams locked in the tight race for the final two playoff spots, Wednesday’s much-anticipated match between the Washington Spirit and Portland Thorns ended 1-1 after a nearly two-hour weather delay. Alex Morgan scored for the Thorns and Jodie Taylor tallied a goal for the Spirit.

Alex Morgan got the visitors on the board early. In the 8th minute, Stephanie Catley sent a ball to Morgan, who easily lobbed Ashlyn Harris for the goal.

The forwards on both sides seemed to get in behind the opposing team’s defense, often leading to dangerous chances. Despite the explosive runs from the forwards, neither team was able to find the back of the net in the first half following Morgan’s strike.

The most dangerous period for the Spirit may have around the 26th minute mark. Taylor nearly got on the end of a through ball, but Thorns goalkeeper Nadine Angerer was able to clear it away before Taylor reached it. Just a minute later, Diana Matheson sent a shot in that hit the side netting. 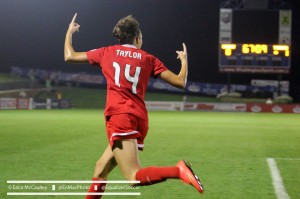 In the 34th minute, Morgan almost notched a brace when a ball was played over the top to her with no Spirit defender in sight. Harris came out and pounced on the ball to keep the Thorns’ advantage to only a goal.

The Thorns controlled the ball to start the second half, but were unable to capitalize. Christine Sinclair came close to scoring in the 58th minute when Harris came out to challenge Sinclair, who tried to bend the ball around Harris but the shot went just wide. In the 64th minute, Sinclair had another close chance as Morgan laid the ball off to her in the box. Sinclair’s shot hit off the post and out for a goal kick.

Four minutes later, Taylor got the Spirit on the board. Diana Matheson sent a ball forward to her. Taylor got around Angerer and fired a shot from a difficult angle. The shot got beyond the Thorns defenders and into the net.

Taylor’s goal was her 11th of the season, tying her for the league lead with Seattle’s Kim Little and Portland’s Jessica McDonald.

The teams traded some chances before the end of the match but ultimately neither side could break the deadlock. The best chance from either team came from Spirit in stoppage time. Spirit midfielder Kerstin Garefrekes tried to volley a Matheson cross, but her shot went just wide.

Spirit Head Coach Mark Parsons wasn’t happy with the team’s first half offensive performance but tonight’s game gave them a platform from which to build.

“I think we really lacked quality in the central and final third,” he said. “We had some ideas but the pass and the quality and the movement wasn’t as sharp as it should be…We felt that game plan and strategy was there. So we just discussed how we could have quality and what areas we need it. I think straight away after the kickoff really showed a great reaction we binged around more passes in the first ten seconds than we did in the first half and it set the platform for the second half…he biggest thing we’re happy with is Sunday was not us and tonight we showed we’re right there with everyone, performance wise. ”

Paul Riley feels the tie was a better outcome for the Thorns than the Spirit.

“I think it definitely helps us, not them,” Riley said. “They’re the home team. They’ve got to win. I think think they’ll be disappointed. We talked about the game before if we can get a point out of here and keep them from getting three that was probably more critical than us getting the points.”

The tie Wednesday makes the sides remaining matches even more significant. The Spirit will face off against FC Kansas City next Wednesday. The Thorns head to Seattle to take on the league-leading Reign next Sunday. Portland (8-6-6, 30 pts.) remains in third place, while Washington (8-8-4, 28 pts.) still holds down the fourth and final playoff spot.