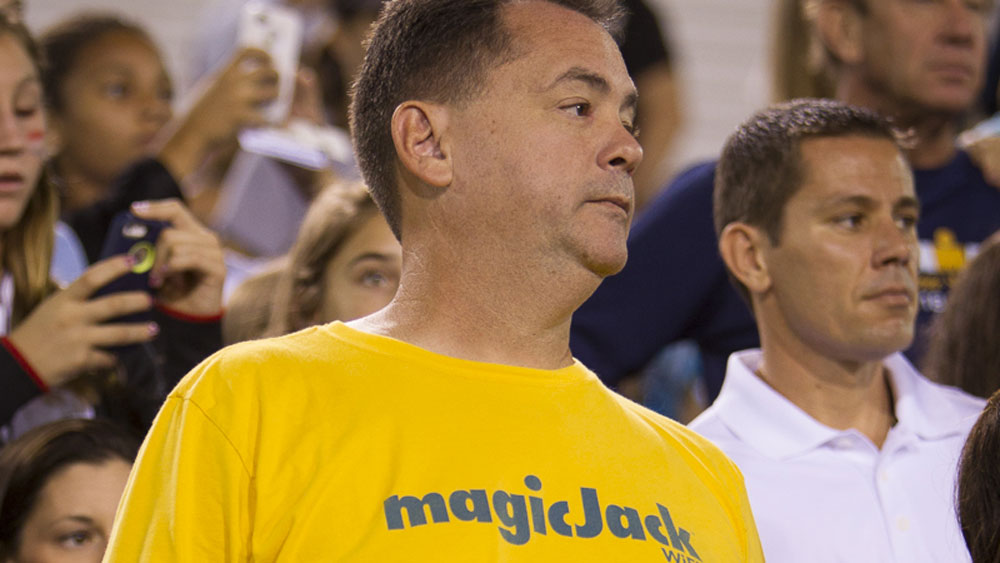 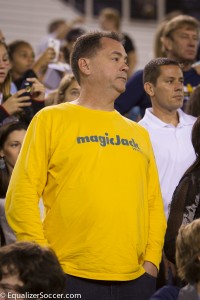 Dan Borislow, an American entrepreneur and former owner of the magicJack team that played in Women’s Professional Soccer (WPS) in 2011, died of a heart attack on Monday at age 52.

His death was confirmed by Brad Shewmake, a spokesman for magicJack. Bloomberg reports Borislow’s heart attack occurred after playing in a soccer game in West Palm Beach, Fla.

Borislow purchased the Washington Freedom in the fall of 2010 when the team was on the brink of folding, and moved it from Maryland to Boca Raton, Fla. Had the Freedom folded just weeks after defending champion FC Gold Pride did the same in 2010, the league was unlikely to have continued for a third season with only five other teams.

He remained close to several U.S. players, flying to Germany for the 2011 World Cup final. Last year he paid for Wambach’s family to fly to New Jersey to watch her score four goals and break Mia Hamm’s all-time scoring record.

Rampone reacted to the news on Tuesday via Twitter:

Completely devastated. Dan was a devoted father & passionate individual. He helped so many young female soccer players achieve their dreams.

The team’s short stay in the league under the magicJack identity was controversial, including several fines for failures to meet minimum standard requirements, all of which built up to a legal battle as the league tried to separate itself from the franchise. The team ceased operations in October 2011, but the legal battle continued until it ultimately aided in WPS folding in January 2012.

Current Houston Dash forward Ella Masar was the most outspoken former magicJack player, detailing alleged mistreatment in her time with the team in a January 2012 blog entry.

On the field, magicJack won its opening match of the playoffs before losing to the Philadelphia Independence in the super semifinal that season.

The team was named after Borislow’s company, magicJack, a voice-over-IP company that allowed people to talk on the telephone for free through an internet connection.

Borislow is survived by his wife, Michelle, and two children, Danny and Kylie.

Marta stays in Sweden, signs with FC Rosengård
The Lowdown: Playoff contenders gearing up for finish