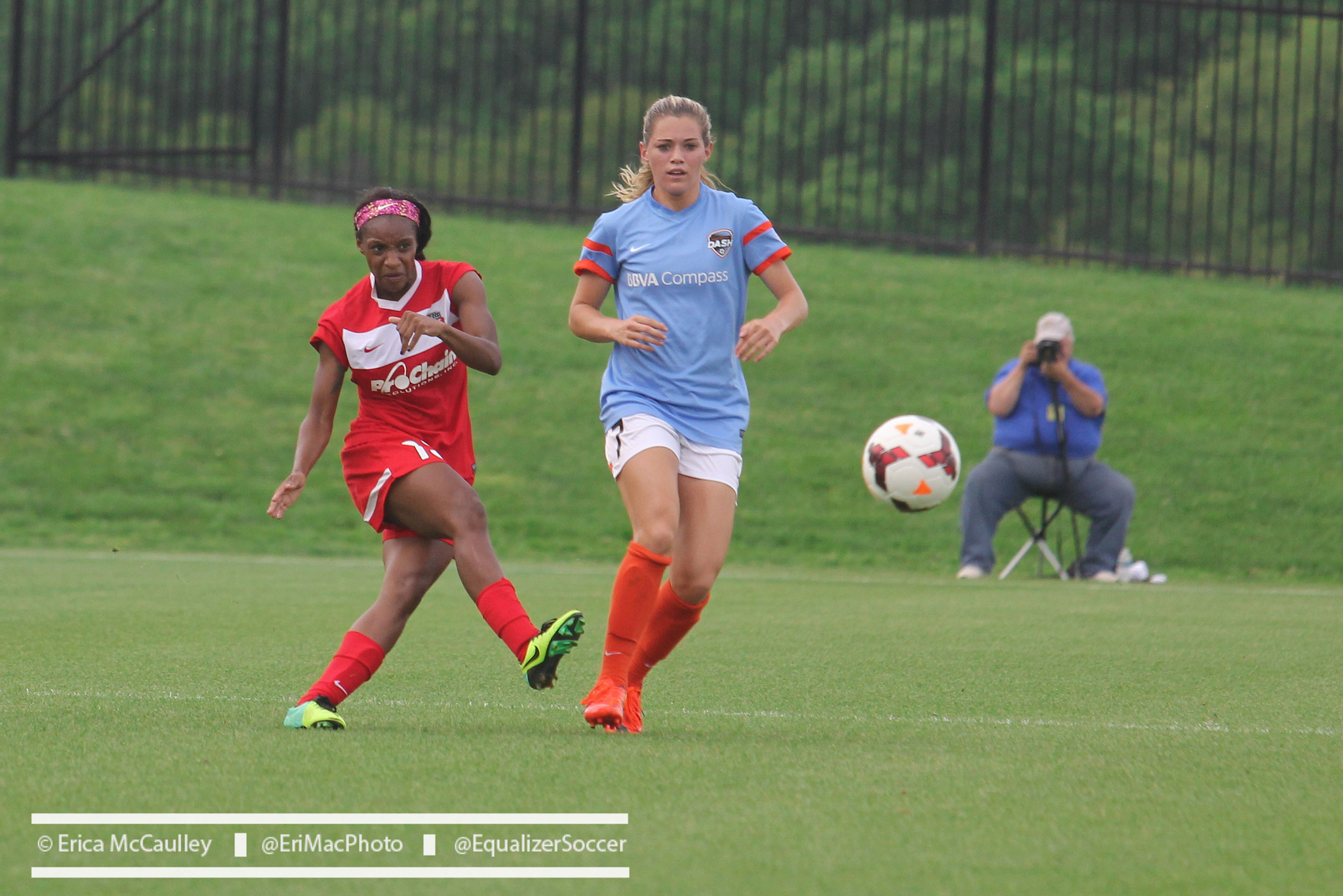 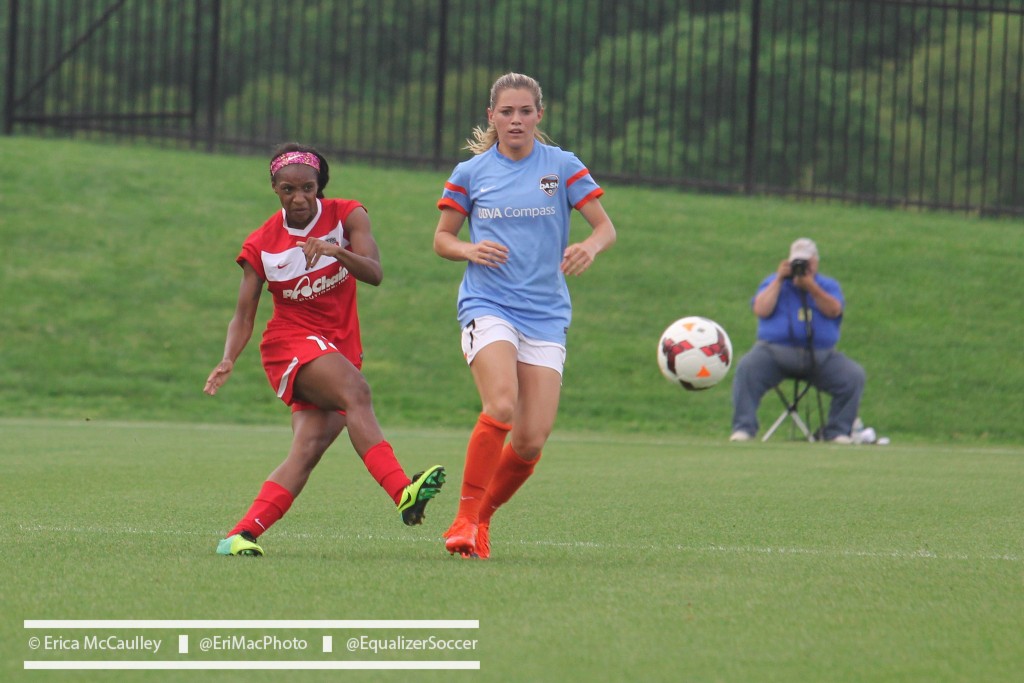 No. 2 overall pick Kealia Ohai (right) scored two goals Friday night, one of them a highlight reel blast, to help the Dash beat the Breakers. (Photo by Meg Linehan for The Equalizer)

Kealia Ohai scored two goals in four minutes in the 2nd half and Erin McLeod robbed Jazmine Reeves in the 90th minute as the Dash overcame the Breakers, 2-1 on Friday night at BBVA Compass Stadium in Houston.

Ohai scored in the 56th and 61st minutes to offset and overcome an early goal by Katie Schoepfer. It was the Dash’s first win since June 11. The Breakers have now played five games out of what will be seven straight on the road and remain winless with their 3rd loss to go with two draws.

The Breakers made a quick start and went ahead in the 4th minute when Heather O’Reilly found Schoepfer behind the defense and she beat McLeod for her second goal in as many matches.

Ohai equalized in the 56th minute when she got a ball back from the newest member of the Dash, Melissa Henderson. She turned Jazmyne Avant and then took a shot from outside the 18 that went high over Alyssa Naeher and landed in the upper, far corner for one of the prettiest goals scored in the league this season. Four minutes later, Ohai scored a very different goal when she ran onto a Jordan Jackson pass and finished low with her left foot as Naeher came off her line to challenge. Henderson was again a big part of the goal. With one touch in midfield she turned a bad ball into space for Jackson who then found Ohai for her 3rd goal of the season and first multi-goal game as a pro.

The Dash had a chance to put it away in the 83rd minute but Ella Masar took a poor penalty and Naeher was able to go to her left and make the save. It nearly proved crucial when Reeves got a golden opportunity in the box in the final minute before stoppage time but McLeod came out and made the save in tight.

Masar was later helped off when she took a shot to the head from Courtney Jones in stoppage time. Jones was booked for the contact, her fifth of the season, and will miss next Sunday’s match in Portland due to the accumulation.

The Dash (5-10-1, 16 points) moved into 7th place on head-to-head against Sky Blue. They also own a game in hand on the New Jersey side. The Dash are within 7 of a playoff spot but have four teams to pass with many matchups between the teams they are chasing. The Breakers (3-12-2, 11 points) are now 5 points adrift of being off the bottom and are mathematically eliminated from finishing 1st or 2nd. They host the Spirit on Thursday night.