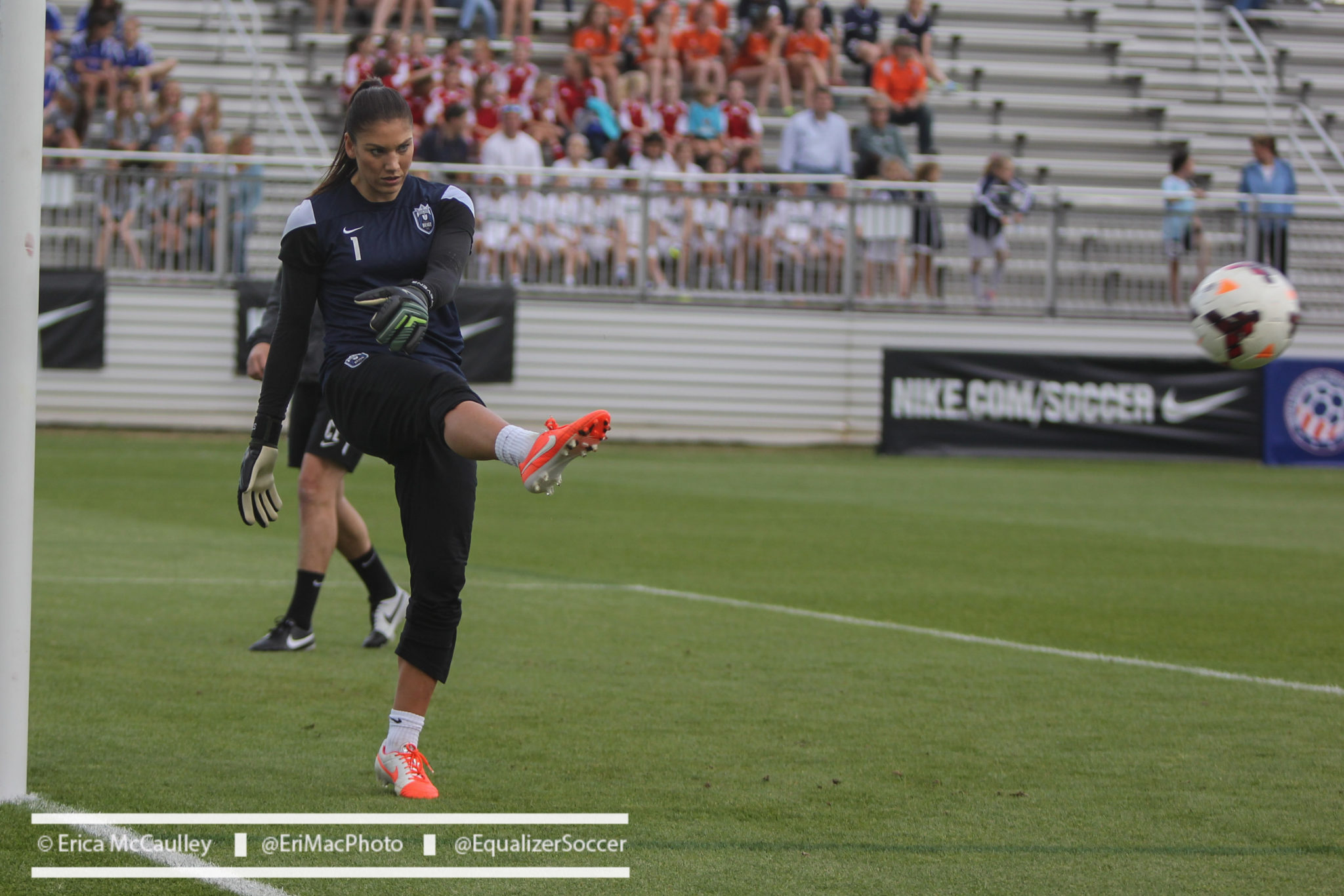 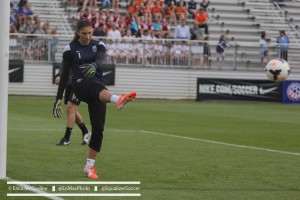 The Reign lead NWSL in pretty much everything. Hope Solo's save percentage has them leading in some more detailed categories as well. (Copyright EriMac Photo for The Equalizer)

Those tasked with assessing the performance of women’s soccer teams at all levels are at a unique disadvantage because there are limited statistics available on a regular basis.  So we use what we have, and that is shot statistics. In this column, I will look at two shots-based stats for all nine NWSL teams, in order to try to predict who may fall or rise in the standings in the push to the playoffs.

For a more detailed primer on Total Shot Ratio and PDO, take a look here. It is important to remember that while stats are objective and predictive, outliers do exist due to a number of possible factors, including luck, injury, players gone for international duty, team depth, officiating, etc.

Total shots ratio (TSR) is incredibly simple: the proportion of shots taken by one team compared with another, calculated using the equation shots for/(shots for + shots against).  Because goals are very rare, looking at how often teams shoot can be helpful to predict success over the long term.

A high TSR indicates that a team is taking more shots than their opponents, and the more shots a team generates the more goals they score, leading to more wins. Let’s have a look at TSR data in the NWSL, as of July 10th.

A couple of things stand out here. Starting at the top, Seattle’s high TSR shows what everyone already knows- they have dominated the league. They are outshooting opponents on a regular basis, and lead the league in goals scored (34). Not far behind is FCKC, which also reflects the league standings. Boston and Houston, the bottom two teams in the league standings, also have the lowest TSR numbers.

Washington and Portland, however, have more interesting numbers. A relatively low TSR for Washington (0.441) shows that they are getting outshot and may be riding some good luck. But luck, over the long term, tends to run out, and this suggests that the Spirit may be in for a bump down the standings from where they sit right now, in third place (based on points per game).

Portland on the other hand, has a TSR that ranks second in the league (0.575), whereas they sit tied with Chicago for fourth place in the standings. The Thorns are taking a lot of shots, but not having a lot go in, which may suggest they have been unlucky to a certain degree.

However, TSR has its limitations, the main one being that it treats all shots equally, which we know is not true. Shot location data is not available for women’s soccer; therefore it is nearly impossible to quantify the difference in value between different shots. How can this limitation help explain the Thorns’ high TSR? It is possible that the Thorns are having trouble getting themselves into good scoring positions, and thus are shooting from not so favorable positions, which is what one can see when watching subjectively. But without shot location data, it is hard to know for sure that this is the case.

Limitations like this are why statistics can’t be taken in isolation, which brings us to the second set of data:

PDO, named after the creator of the stat, is a bit more complicated. It is shooting % + save %. Shooting % is goals/SOG, and save % is (SOG against-GA)/ SOG against. Although PDO can change quite drastically in a short period of time, over long periods of time a team’s PDO number should be within a couple decimal points of 1.0. Essentially, it is a measure of a team’s luck. So, as I said above, unusual good luck tends to run out and regress to the mean (1.0), and unusual bad luck tends to even out as well.

Is it absurd to suggest Seattle may be riding some good luck, based on their high PDO number? Not at all. This number is because of a high shooting % (0.340), and a very high save % (0.812). We know that at the moment they have the best TSR in the league, so even if some of this luck does run out in the last third of the regular season, the Reign’s consistently high TSR suggests they would still play quite well.

Sky Blue FC have the lowest PDO, suggesting they have been unlucky to a certain degree. Breaking down this PDO value shows that Sky Blue has the lowest shooting % in the league, with 17.8% of shots on goal being converted into goals. The fact that SBFC do not have a consistent goal-scoring striker may be to blame, as much as bad luck is.

The values in PDO ranks 2 to 7 are within a fairly normal range of 1.0. This brings us to Portland once again, who have the league’s second worst PDO value. Since PDO takes into account shots on goal, not shots, this metric takes out bad shots that did not land on target that Thorns players may have taken.  Only 22 goals have been scored off of 118 SOG, giving them a low shooting percentage of 18.6%. Portland’s save percentage is fairly average.  If some of this bad luck evens out in the Thorns’ last 8 regular season games, expect more of these shots on goal to be converted into goals.

All stats have been taken directly from the league’s website, here.