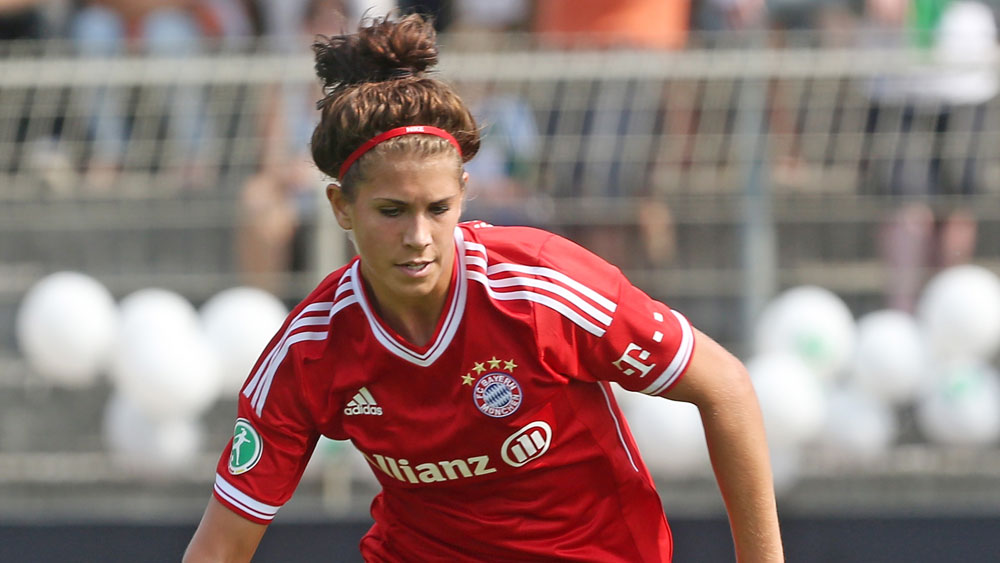 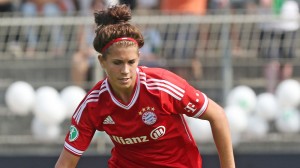 PISCATAWAY, N.J. — FC Kansas City put a beat down on Sky Blue FC on Sunday, scoring twice inside the opening 10 minutes on their way to a 5-0 victory that keeps the pressure on the 1st-place Seattle Reign.

The result accounted for multiple league records including the Blues’ 7th straight victory, which tied the Reign mark set earlier this season.  Additionally, Nicole Barnhart notched her 6th straight shutout and extended her streak of shutout minutes to 585 – both extending league records.  The 5-0 score also matches the largest blowout in NWSL history.

“You cannot be any happier,” FC Kansas City coach Vlatko Andonovski said.  “We scored five goals and didn’t allow any.  There were probably a couple of things that we could have done a bit better, but the end result you just can’t ask for more.”

Andonovski gave Sarah Hagen her first NWSL start and tweaked his formation to accommodate her.  Hagen and Amy Rodriguez teamed up top with Lauren Holiday and Erika Tymrak manning the middle of the park.  Unlike the earlier part of the season when FC Kansas City experimented in a 4-4-2, this time they kept two holding midfielders above the back line.

“We’re very happy with Sarah’s performance first and foremost, but we’re also happy with the changes that we made,” Andonovski said. ” Offensively it worked tremendous.  Defensively we had to do a little more running than we used to, but sometimes you have to give up something to gain something.”

Hagen scored two goals and was a constant factor in the Blues’ attack.  But it was Leigh Ann Robinson and Tymrak who hooked up in the 2nd minute.  Robinson, who had more ground to cover in the change of shape, ran onto a ball deep on the right side and sent a cross through the goal area that went untouched to the far post.  Tymrak took it down with her chest and then finished to make it 1-0.  Holiday got into it in the 9th minute when the second of two straight corner kicks swung over Brittany Cameron and went directly into the upper 90, far post.  That put the hosts in a 2-0 hole, but things hardly got better.

“I’ll be the first one to say that the first half was just an embarrassment for everybody, myself included,” Sky Blue coach Jim Gabarra said.  “I think we took a risk and tried to press them a little higher on the field and got too stretched out and gave up two soft goals, and then we were very naïve and just kind of kept banging our heads into the wall instead of consolidating and trying to drop off and right the ship, and gave up two more.”

The next two were Hagen’s.  In the 20th minute FC Kansas City knocked the ball around in their defensive third for a lengthy stretch before finally pushing it forward to Tymrak on the left side.  The 2013 Rookie of the Year sent a well-meant ball over top for Hagen, who got a professional touch on it to draw Cameron out of her goal and then made a quality finish for her first NWSL goal.  In the 42nd, six different FC Kansas City players touched the ball off a short goal kick by Barnhart.  The 7th was Holiday, who was played through by Jenna Richmond and got off an impressive shot between defenders that hit the left post.  Hagen followed up the play and headed it home to make it a multi-goal game in her first NWSL start.

“As a forward you’re always supposed to follow everything in,” Hagen said.  “Luckily I didn’t overrun it and I was able to get my head on it.”  Hagen had a chance for a hat trick on a second-half breakaway but fired her shot high.  She later claimed a mishit.

Sky Blue gave Nadia Nadim her NWSL debut in the second half.  The Danish striker played partially as a target player but also tracked back to try and create as well.  One of Sky Blue’s best chances came off a corner kick that Nadim created, but the would-be goal was headed off the line by Richmond.  The other Sky Blue chance came on a deep shot by Sophie Schmidt that Barnhart had to dive to make the save.  Even with Sky Blue playing better in the second half, it was still FC Kansas City that got on the scoreboard.  Amy Rodriguez, the one quiet player in the offense, was given loads of space running into the box and easily put away a Liz Bogus cross.

FC Kansas City (10-4-3, 33 pts.) are at Portland next Sunday.  The Blues remain 9 pts. off the pace after Seattle came from behind to beat the Boston Breakers on Sunday. Sky Blue have two full weeks off before hosting the Washington Spirit on July 20.