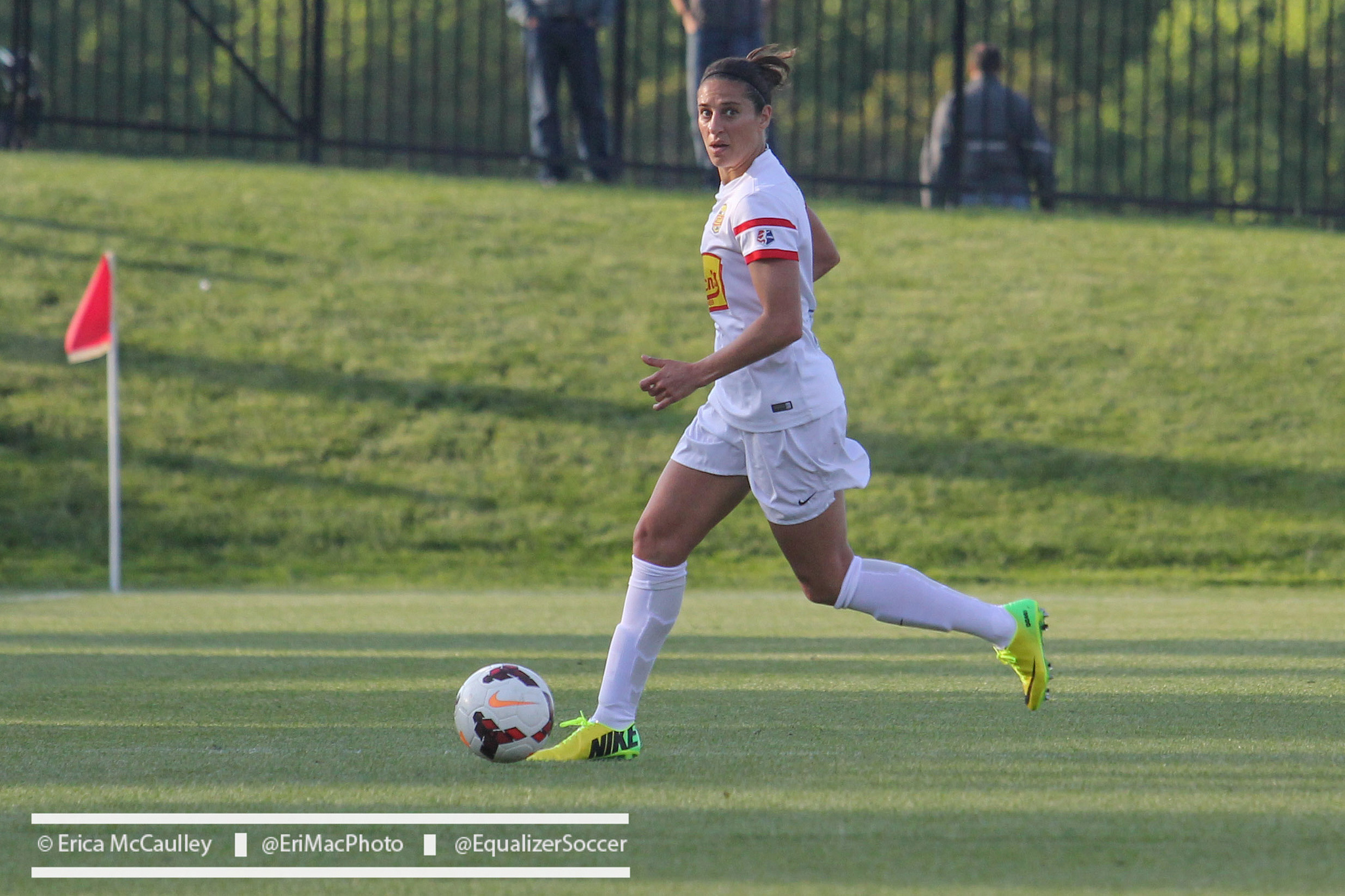 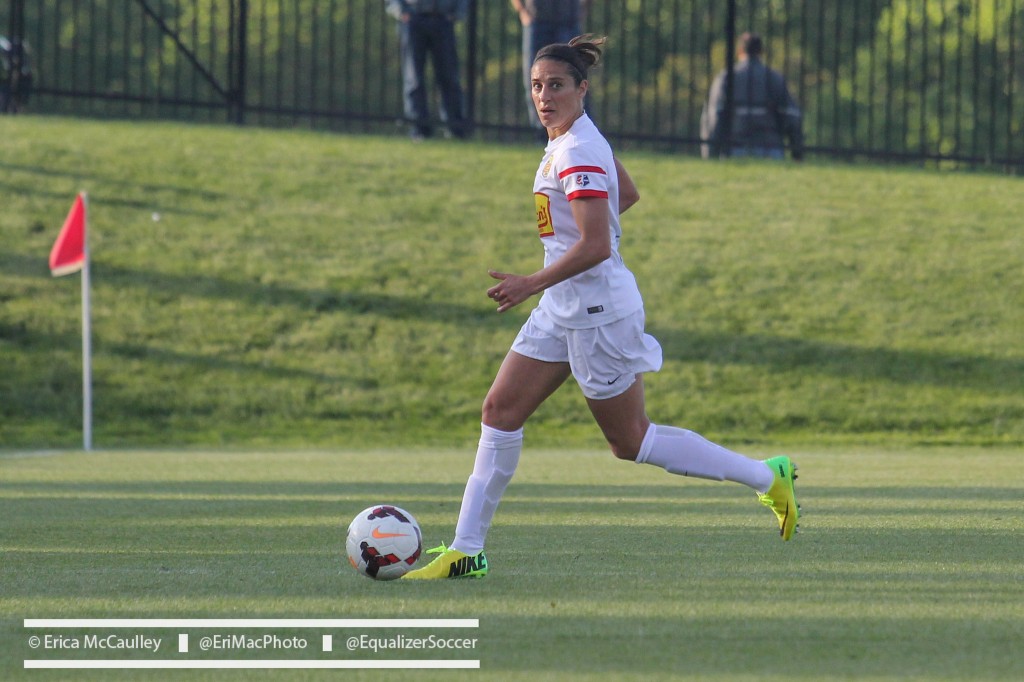 Carli Lloyd scored twice on Friday to lift the Flash past the Breakers and into third place for the time being. (Copyright EriMac Photo for The Equalizer)

ROCHESTER, N.Y. — The Western New York Flash moved into a tie for third place with a 2-1 win against the Boston Breakers on Friday night at Sahlen’s Stadium. Carli Lloyd scored both goals for the Flash in the first meeting this season between the two squads.

It was a shaky first half as both teams struggled to gain a cohesive attacking momentum. The Flash produced a few close calls, but ultimately fell short on finishing.

In the 29th minute Vicky Losada drilled a long distance shot on goal, but it was just a tad high and bounced directly off the top of the crossbar. Jasmyne Spencer looked for an opportunity to put the Flash on top in the 45th minute when she made her way down the flank and found Samantha Kerr in the box, but she knocked a shot right over the top of the net.

The Flash came out more composed in the second half creating many offensive opportunities early on and putting heavy pressure on the Breakers back line.

Lloyd put the Flash on top in the 59th minute after Brittany Taylor’s free kick sailed perfectly into Lloyd’s path where she easily finished with a header into the far post.

The Breakers picked up some offensive momentum within the last 20 minutes of play and netted the equalizer in the 71st minute. Nkem Ezurike gathered a pass inside the penalty area and slid the ball past Lydia Williams into the goal.

Alyssa Naeher made a beautiful save in the 79th minute as the Flash looked to net the go ahead goal. Sonia made her way down the flank to the goal line and crossed into the box to Adriana, who drilled a shot toward goal, but Naeher was there to make the beautiful save.

Lloyd found the back of the net in the 83rd minute to put the Flash on top after a one-two pass from Losada. Lloyd roofed her hard shot past Naeher for the winner.