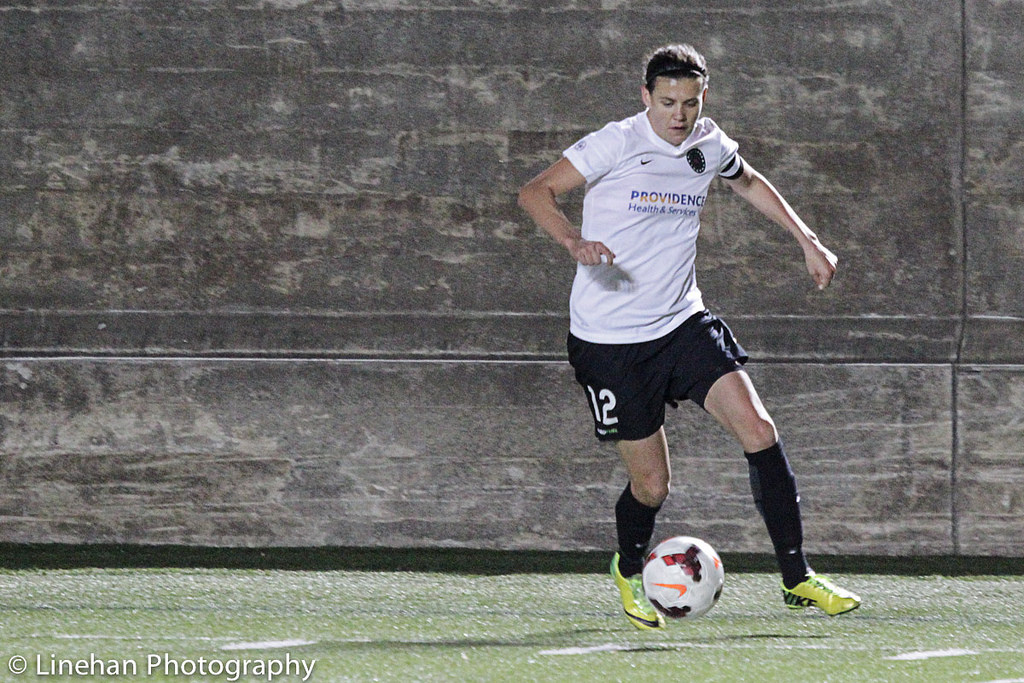 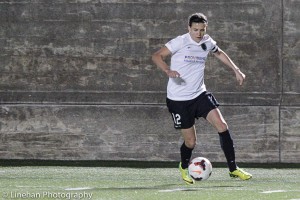 Christine Sinclair and the Portland Thorns have a big road game against the Washington Spirit this weekend. (Photo Copyright Clark Linehan for The Equalizer)

This might be the biggest game of the NWSL season. The Thorns can jump the Spirit in the standings with a win. The Spirit can snap a two-match losing streak and get some distance between them and the chasing pack. The Thorns will play their second straight without Nadine Angerer, who will serve her red card suspension in this one. The Spirit’s Jordan Angeli is also suspended for a red card. The status of the internationals who played midweek is a case-by-case situation that in some cases will be handled on the fly.

What to watch for: The Spirit are in the midst of a midseason makeover and could unveil up to three new players in this one. Lisa De Vanna, Nikki Cross, and Alex Singer are all candidates to make their Spirit debuts. De Vanna adds speed and tenacity to the front line and the others add to the back line where the Spirit are increasingly thin with Crystal Dunn set to miss another one due to a hamstring strain.

Round 2 of this season’s Midwest Melee features the Blues, winners of four straight, hosting the Red Stars, winless in four after a five-match winning streak. The Reign are hiding out at the top of the table but Kansas City are not far from creating some spacing between them and the 3rd and 4th teams. A Red Stars win puts them right back in the discussion for a top-two position. A loss puts them on crisis alert. They have yet to register a win against any team currently .500 or better. Sarah Hagen arrived in Kansas City on Friday, which seems too tight a turnaround for her to play Saturday, but stranger things have happened. Christen Press will be available for the Red Stars.

What to watch for: The Blues like to knock the ball around, letting everyone get touches during a deliberate attack. The Red Stars defend beautifully in midfield, making it difficult for teams to do what the Blues do. It makes this a fascinating matchup between teams that have already played some tense matches against each other. The Red Stars did not start Press with Jen Hoy the only other time Press was available. That would be a pairing worth watching.

The two bottom clubs in NWSL meet for the final time in 2014. Each team has already defeated the other on its home pitch, but both teams have since dropped out of realistic playoff contention. The Breakers finally added an additional piece in back by trading for Bianca Sierra. She could make her Breakers’ debut here. Sky Blue captain Christie Rampone has had some of her finest performances on short rest, but the nagging foot injury has slowed her in 2014.

What to watch for: Look for the Breakers to spray the ball wide and try to use their playmakers against an opponent that has struggled on the flanks this season. Many lineup decisions, though, will be based on how players are feeling after midweek international friendlies, and coaches of struggling teams are more likely than others to make wholesale alterations to shape and personnel.

The Flash led much of their first meeting, but the Reign nabbed a stoppage time equalizer through Kim Little. That is as close as the Reign have come to losing this season, which transitions to the 2nd half after an undefeated first dozen game of the season. Megan Rapinoe is listed as questionable, but the feeling is she will play some after traveling to Boston but not dressing. Abby Wambach will not play, and Carli Lloyd has a hyperextended knee and is officially questionable.

What to watch for: The Flash kept the ball on the ground more in their recent win over the Red Stars. But the Reign have a dynamic midfield that dominates games by winning balls on the ground. So do the Flash stick with the ground game or try to do their attacking over the top even without Wambach? The Flash believe they are a work in progress. This will be a good litmus test to see where they stand.

Not playing this weekend: Houston Dash