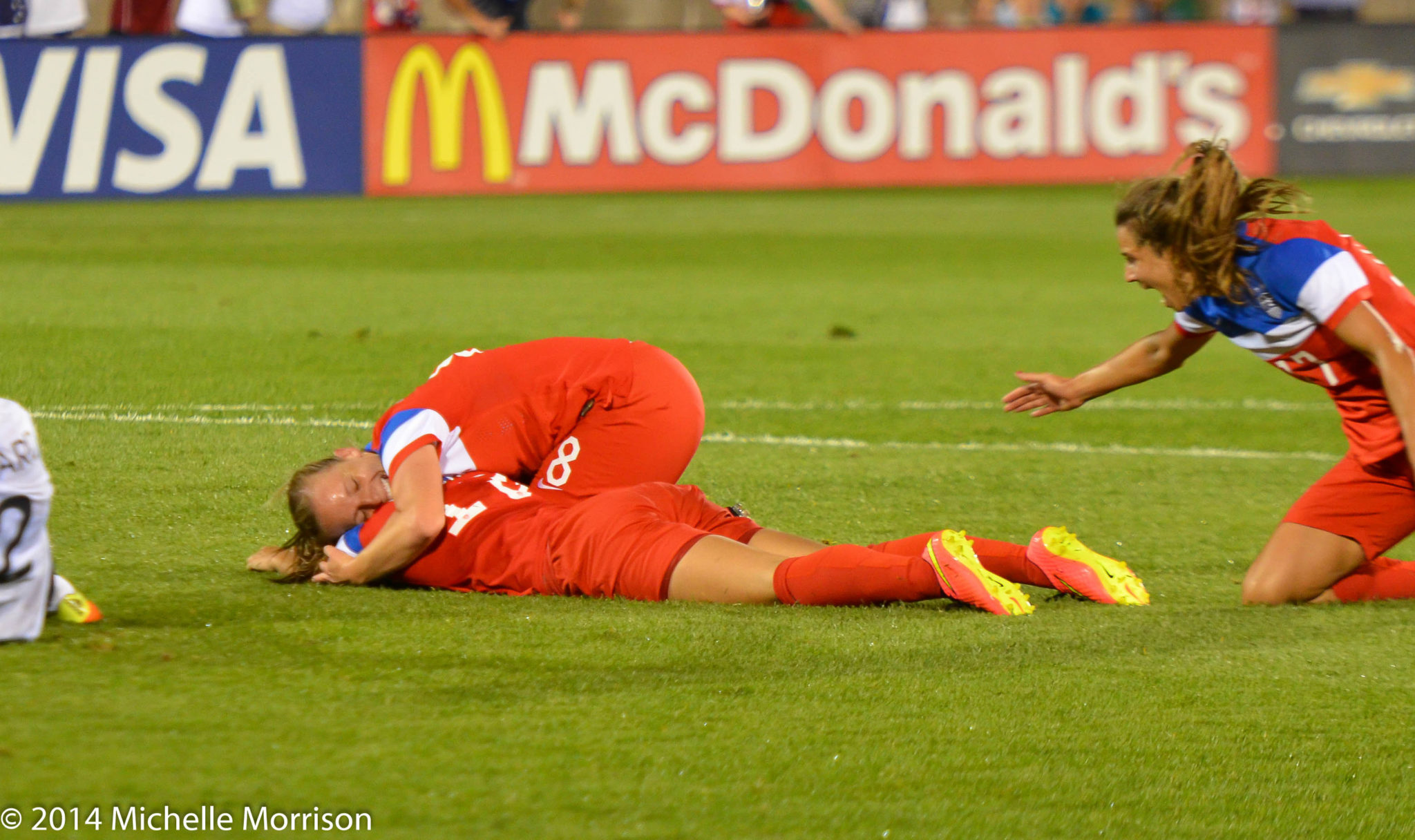 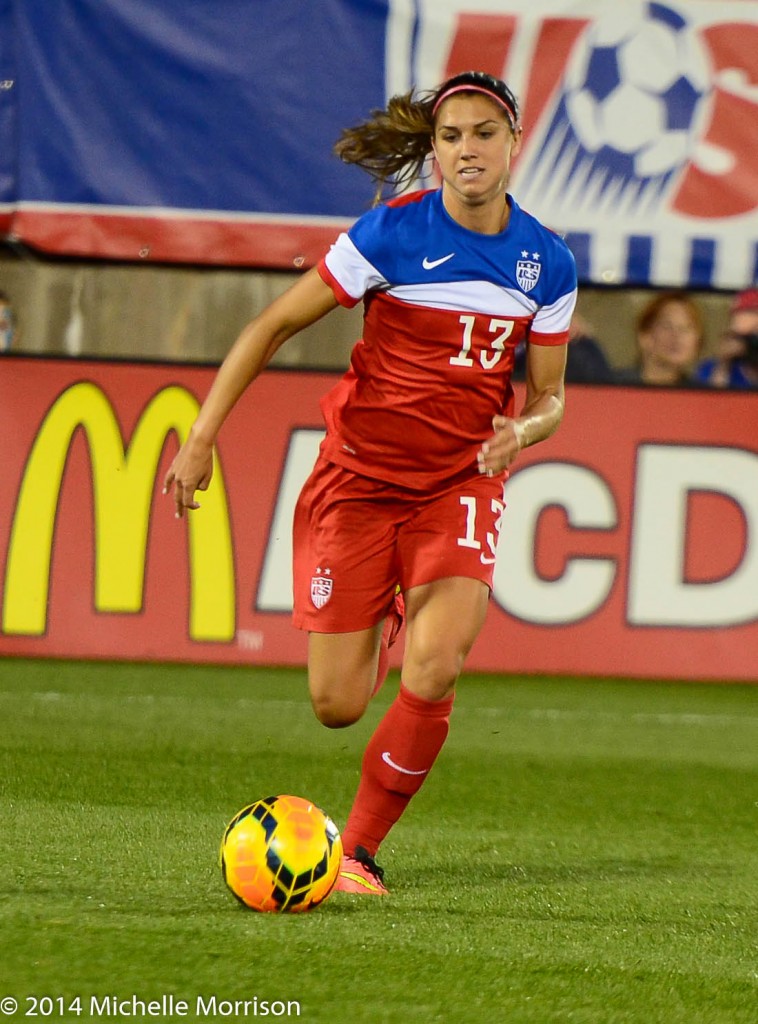 Alex Morgan's two goals on Thursday were an emphatic statement that one of the world's best strikers is back. (Photo Courtesy Michelle Morrison, The Soccer Desk)

EAST HARTFORD, Conn. – She said she was completely healthy, and she wasn’t kidding.

Alex Morgan scored twice off the bench on Thursday to help the United States women tie France, 2-2, preserving a 10-year home unbeaten streak that now stands at 84 games. The goals were her first in any competition since August 4, 2013, and her first for the national team in a year after being sidelined for seven months with a left ankle injury.

“The past few months have definitely been mentally draining and physically just trying to get my fitness back has not been the easiest,” Morgan said postgame on Thursday.

Her relief following the first goal was palpable as leaped over the field boards and celebrated with the U.S. supporters in one of the corners of the stands. Morgan said she thought about crying in the moment, and that she blacked out after the goal, a 24-yard, low, left-footed blast the bounced off the inside of the post as it beat France goalkeeper Sarah Bouhaddi.

That goal came in the 56th minute, just 11 minutes after Morgan entered the game. The message was clear: Morgan is back.

“I just feel like, finally, I’m back and doing what I’m supposed to be doing – scoring goals. It feels good,” she said.

Morgan said at Wednesday’s training session that she wasn’t thinking about her injury anymore and that she is “feeling really good.” That was clear throughout the match on Thursday.

Her second goal was her 46th in 72 U.S. appearances, moving her into 10th place alone on the all-time scoring chart ahead of Julie Foudy. And that second tally – five minutes from full-time – was another bit of brilliance.

Taking on one of the best center backs in the world, Wendie Renard, Morgan cut inside from the left side of the penalty area, putting the ball on her right foot and creating enough separation to fire a shot that beat Bouhaddi.

This time, Morgan would just drop to the ground on the spot, smiling as teammates piled onto her.

“It’s great to see Alex coming back on for the game,” U.S. defender Christie Rampone said. “Gone for so long, scoring those two goals – she looked great. She’s in stride, so it’s good to see.”

Morgan scores twice for first goals in over a year as US women tie France
Ellis, US women happy with performances following two tough tests from France