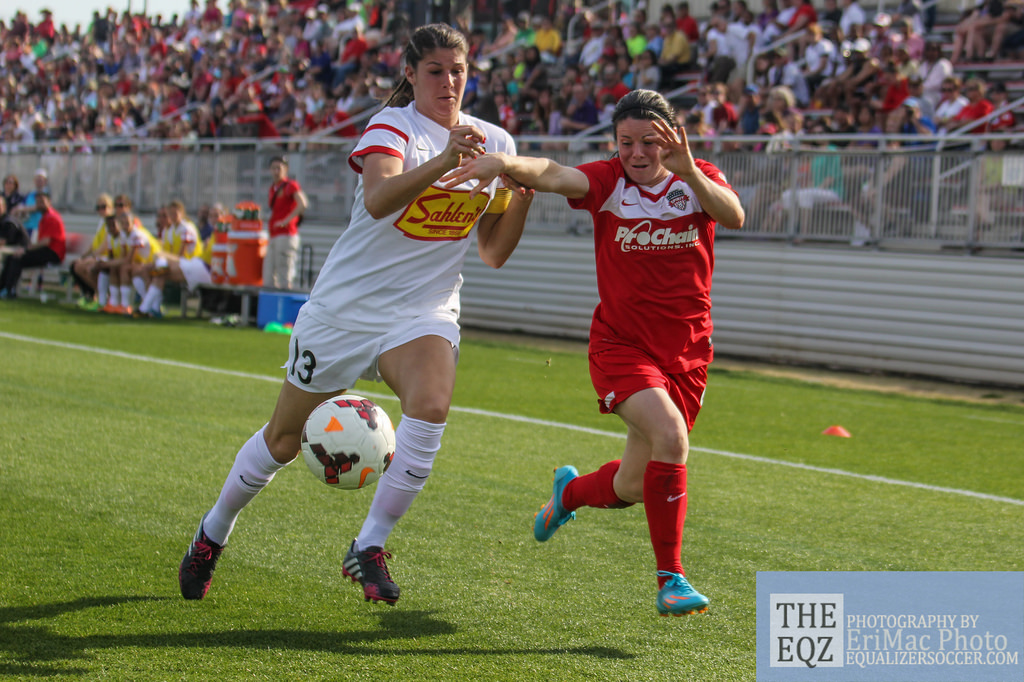 ROCHESTER, N.Y. — After a three-game road trip with mixed results, the Western New York Flash returned to Sahlen’s Stadium and defeated the Chicago Red Stars 2-0 on Wednesday night. The Flash got off to a fast start after a corner kick in the 3rd minute put them on the board. Vicky Losada took the corner and found Brittany Taylor on the far post, and Taylor was able to easily put the first goal away.

“It was a solid performance,” said Flash head coach Aaran Lines. “We looked to play. We played well in phases and it was very nice to be able to see us create to wonderful goals.”

The Flash dominated possession throughout the entire match, particularly with strong offensive play along the flanks and crossing into the box. The offensive line developed a strong, cohesive front that made it difficult for the Red Stars defensive line to break down. The speedy Jasmyne Spencer and Sam Kerr did a great job of putting pressure on the defensive line and creating multiple scoring opportunities.

Adriana Martin nearly netted the second goal for the Flash in the 51st minute off of a free kick when she drilled her shot toward the upper part of the post, but it was just off target and hit the post head on.

Chicago looked for the equalizer in the 67th minute off of a corner kick when Michelle Wenino got a head on the ball, but it was blocked.

Sam Kerr broke away in the 78th minute and took a shot on goal, but Taylor Vancil came out for a huge save. Adriana collected the rebound from Vancil, but was unable to capitalize on the opportunity.

Kerr put the Flash up another goal in stoppage time when she found her way down the right flank and drilled a shot inside the upper left post that sailed right passt Vancil.

When asked about the upcoming match on Sunday against Seattle Reign, Lines added “It’s an opportunity for this team. We played really well in Seattle, we tied it up 2-2 in the last minute of the game, so the group’s excited about the occasion. And, we want to show the quality that we have.”