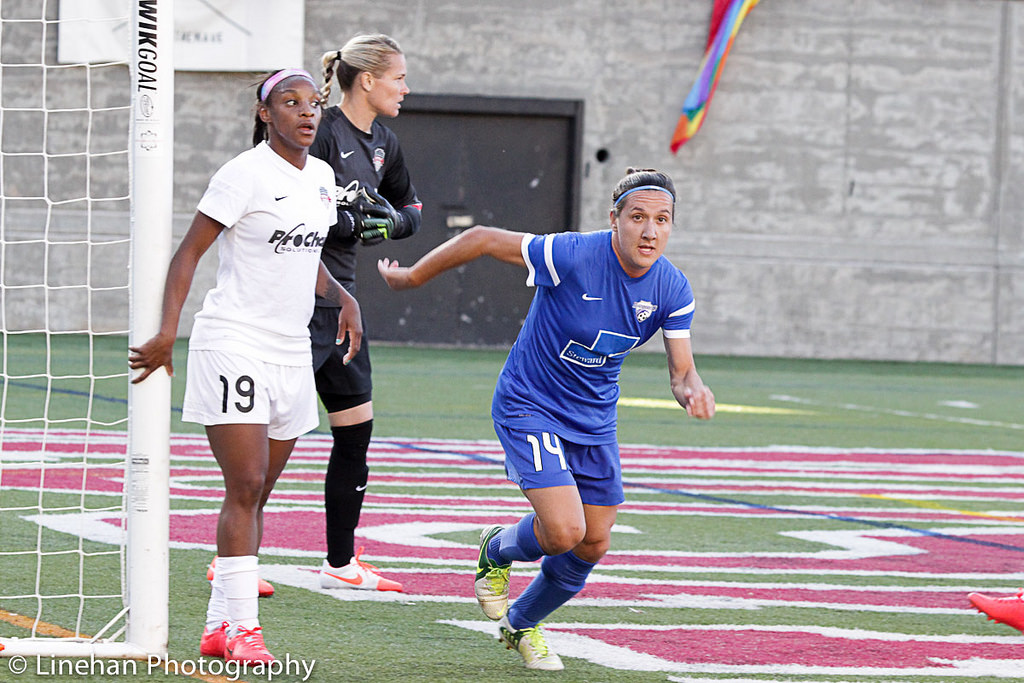 Lisa De Vanna has been traded to the Spirit. (Photo Copyright Clark Linehan for The Equalizer)

Lisa De Vanna is moving on from Boston. The Breakers announced on Wednesday that they have traded the Australian forward to the Washington Spirit in exchange for Mexican defender Bianca Sierra, as well as third and fourth round picks in the NWSL College Draft.

De Vanna has one assist in six matches for Boston this year after playing for Sky Blue FC last season. Sierra has played in nine matches — mostly at outside back — for Washington and will provide the Breakers with some much-needed defensive depth.

“We had several options as to who we could bring in and we are very pleased to add Bianca, as she is a young hungry player who is constantly developing,” Breakers general manager Lee Billiard said. “She will be able to come in and help us positionally, and of course we always have one eye on building our roster for the future.”

Washington will keep the Breakers’ international spot until the end of the season.

Sky Blue FC announced on Wednesday — the final day of the league’s transfer window — the signing of Danish forward Nadia Nadim on loan from Fortuna Hjørring.

“We would like to thank Fortuna Hjørring for loaning Nadia to us,” Sky Blue FC technical director and head coach Jim Gabarra said. “We look forward to her contributions to Sky Blue FC. We are confident that we will benefit from her being a part of our roster and that she will develop from the NWSL experience.”

Nadim made her debut for Denmark during the 2009 Algarve Cup in the 2-0 win against the United States. She also competed in the UEFA Women’s Championship in 2013 and 2009. She was also on the 2014 Algarve Cup roster, and scored a goal in the 5-3 victory against the U.S. women’s national team.