1st Round picks lead Sky Blue back for draw 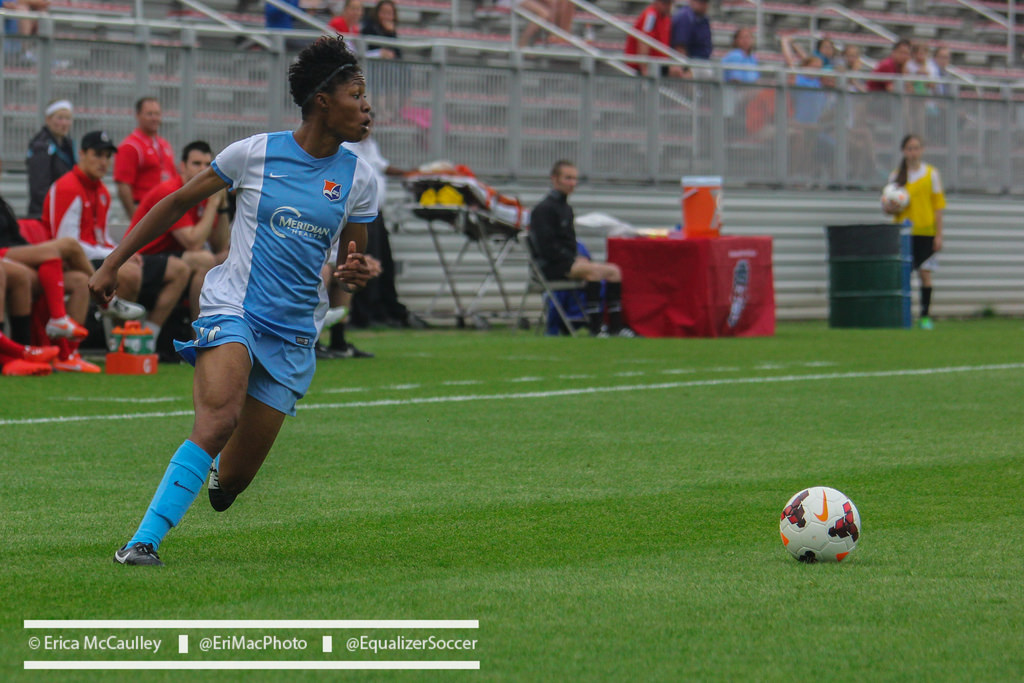 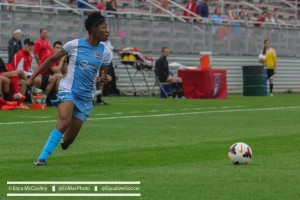 Maya Hayes's first NWSL goal was the equalizer in Sky Blue's 2-2 draw at Chicago on Sunday. (Photo Copyright Erica McCaulley for The Equalizer)

Sky Blue’s two 1st Round picks both netted their first professional goals during a second-half rally that secured a 2-2 draw away to the Chicago Red Stars. The result snapped losing streaks for both sides but left Sky Blue winless in four, the Red Stars in three. The hosts led 2-0 when Vanessa DiBernardo stood over a penalty late in the 1st half, but the rookie’s spot kick crashed off the inside of the left post. The Red Stars were left to rue that miss plus several other close calls.

The Red Stars took the lead in the 21st minute following a series of midfield turnovers by Sky Blue. Emily Van Egmond found herself with room to operate in midfield and she fired a precision cross to the far post where Alyssa Mautz out-jumped Meg Morris to get a head on it and finished it cleanly.

The lead doubled in the 31st minute. Samantha Johnson took a throw in and lofted it into the penalty area. Morris got beat again, this time by Jen Hoy whose flick found Zakiya Bywaters. Bywaters easily split Sky Blue’s center backs, giving her an easy finish.

The Red Stars looked to put the match out of reach when Bywaters got around Caitlin Foord and drew a foul in the box in the 45th minute. But DiBernardo’s penalty hit the post and bounced wide of goal. It was a third goal the Red Stars would never get, and Sky Blue would make them pay.

Sky Blue returned for the 2nd half with renewed energy and the wind at their backs. A stretch of good possession was rewarded just after an hour when Caitlin Foord ran down the right and put up a cross that Cutshall flicked to the far post. In the 63rd, more strong Sky Blue possession ended when Katy Freels played Hayes through and this time it was the Red Stars’ turn to have their center backs split. Hayes ran onto it and beat Taylor Vancil for the goal that would secure the final score.

The Red Stars (6-4-2, 20 points) moved a point ahead of the Spirit for 3rd place but after leading 2-0 and hitting the woodwork on multiple occasions they surely will be feeling they should have had all three points. Next up is the Flash, Wednesday night in Rochester.

Sky Blue (2-6-5, 11 points) remain in 8th and are within 8 points of the 4th-place Spirit. Sunday they play against fellow bottom dweller Boston in a home matched moved to 1 pm EDT to avoid conflict with the U.S. men’s World Cup match.