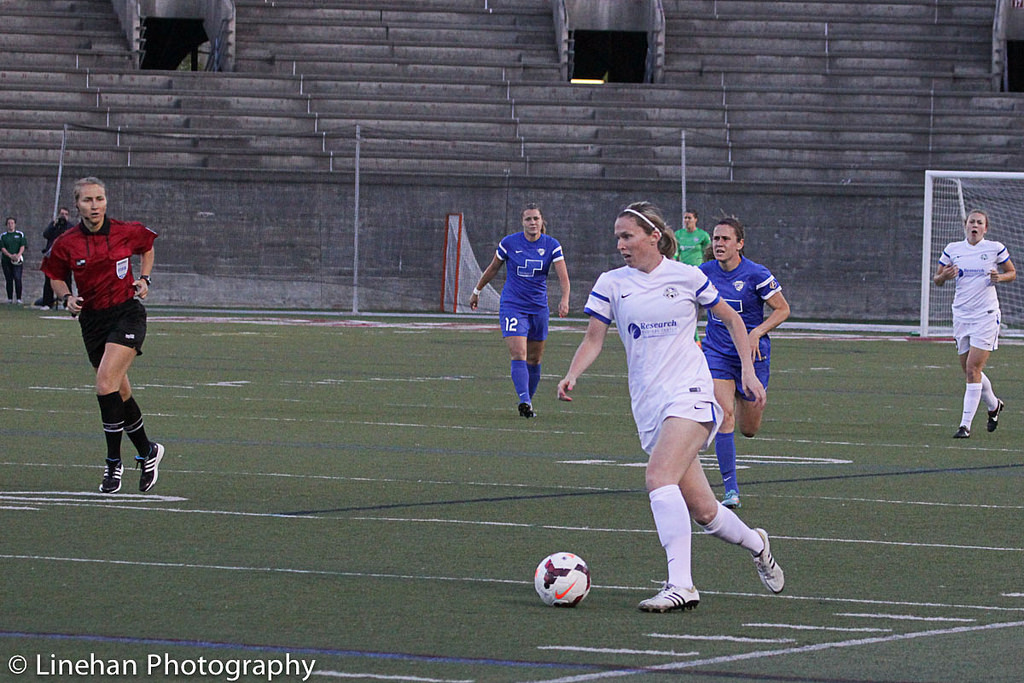 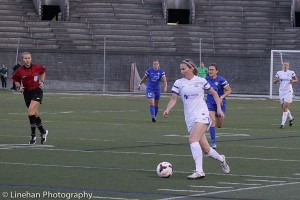 Rookies Jenna Richmond and Frances Silva each scored in the second half to lift FC Kansas City past the Houston Dash 2-1 on Saturday at BBVA Compass Stadium.

Silva’s game-winning goal came deep into stoppage after she headed in Erika Tymrak’s cross from the left side of the penalty area. The goal was Silva’s second of the season.

Richmond opened the scoring for FC Kansas City in the 66th minute on a rocket that found the upper corner of the net from 25 yards out. The ball looked like it took a slight deflection before knuckling past Dash goalkeeper Bianca Henninger, who was in net in place of starter Erin McLeod. The Canadian goalkeeper McLeod is away on national team duty as Canada prepares for Wednesday’s match against Germany in Vancouver.

Houston had equalized 13 minutes later when Stephanie Ochs’ corner kick met the head of FC Kansas City midfielder Jen Buczkowski, who redirected the ball into her own net under pressure from Dash midfielder Becky Edwards.

The Blues (7-4-3, 24 pts.) are within five points of first-place Seattle, but have played three more matches.