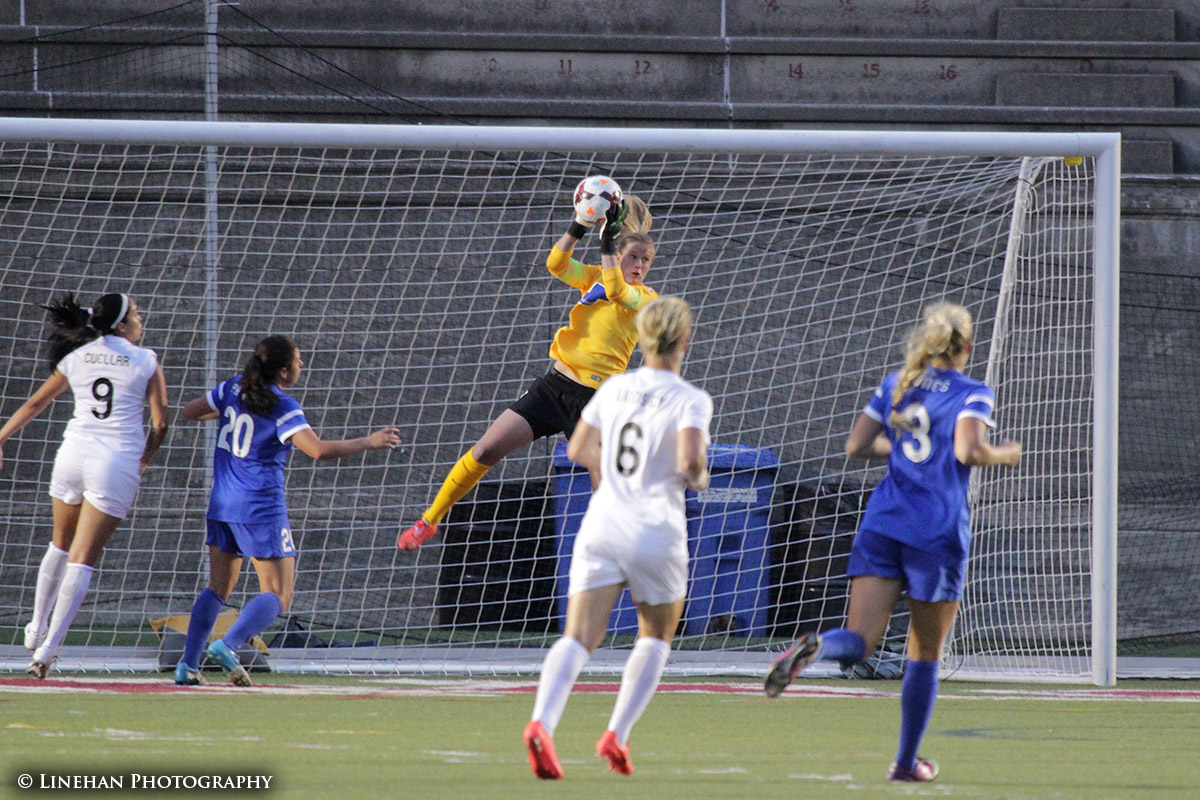 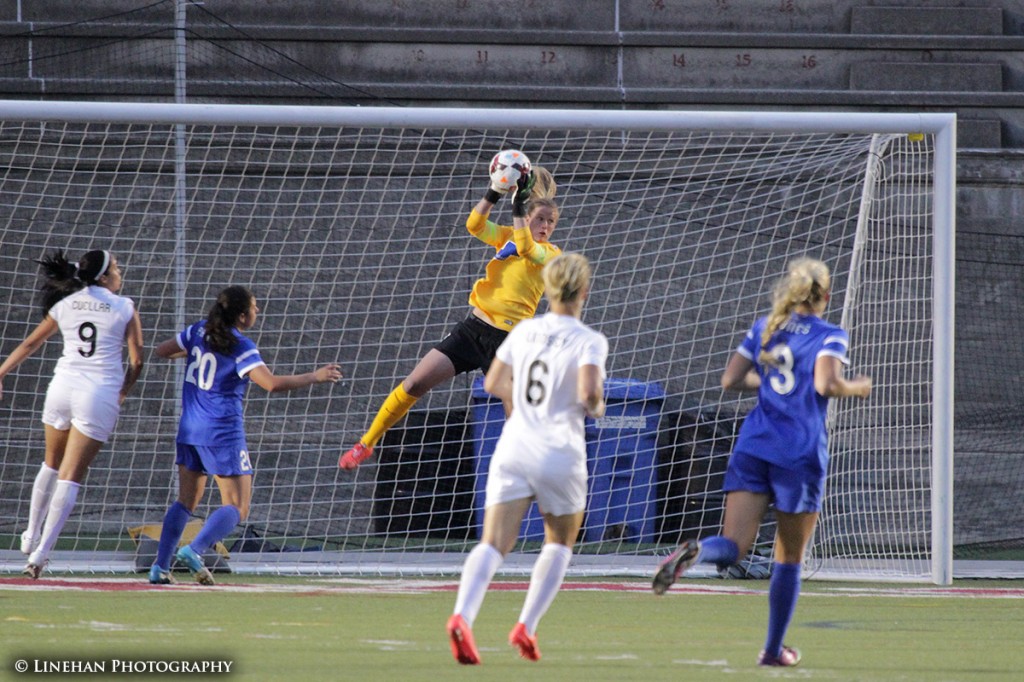 Alyssa Naeher earned her first shutout of the season on Wednesday. (Photo Copyright Clark Linehan for The Equalizer)

Tom Durkin leaned on young players once again — this time by necessity, to some extent — and they delivered once again as the last-place Boston Breakers beat the Washington Spirit, 2-0, ending the Spirit’s five-match unbeaten streak.

Katie Schoepfer and Courtney Jones scored just over a minute apart on the cusp of halftime to lift Boston its third win of the season, pulling within one point of eight-place Sky Blue FC. The Houston Dash won their third straight game on Wednesday, beating the Western New York Flash 2-1 to climb into seventh place in the NWSL.

The shutout was the first of the season for Alyssa Naeher, who has played every minute in net for the Breakers this season over 11 matches.

Schoepfer opened the scoring for Boston in the 42nd minute after rookies Jazmine Reeves and Mollie Pathman did the brunt of the work. Reeves tracked down a loose ball and Pathman retrieved it, dribbling into the box before sending a low cross toward Schoepfer for the one-time finish. 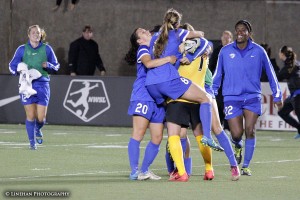 Reeves played a role in Boston’s second goal 90 seconds later, whipping in a cross from the right flank that found rookie Nkem Ezurike at the back post. Ezurike’s shot hit the post, but Jones crashed in for the rebound to double Boston’s lead.

Naeher made two saves in the shutout and got rushed by teammates in celebration at the final whistle.

The home victory was the second in two weeks for the Breakers and both came with a younger lineup that included Reeves, Pathman and Ezurike. A young Breakers team — with seven veterans on the bench — beat Portland Thorns FC handily on May 28, winning 4-1. Reeves scored a hat trick in that match.