NWSL Week 8 preview: Do the Breakers have more to give? 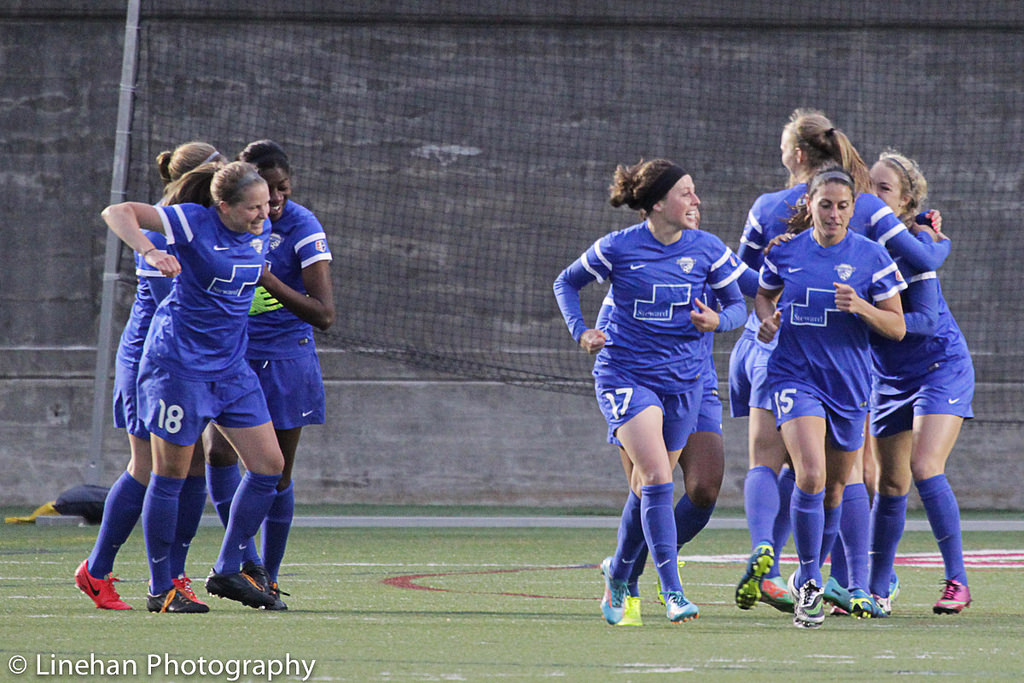 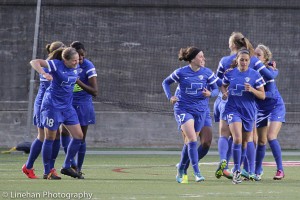 With seven starters on the bench, the Breakers thrashed the Thorns on Wednesday. But can they repeat that performance on Sunday vs. Washington? (Photo Copyright Clark Linehan for The Equalizer)

The Flash return home after a road trip that saw them drop two games in a row for the first time in the NWSL and then nearly hand the Reign their first loss of the season only to concede an equalizer in stoppage time. The Dash also conceded a stoppage time goal in their last game and it sent them home from Washington empty handed. Things won’t get easier for the struggling expansion side with Erin McLeod (shoulder) doubtful and Becky Edwards (foot) questionable.

What to watch for: The Flash road trip took place without Samantha Kerr, who figures to be back in the lineup for the return home. Without her they played very direct and often ignored the flanks. The Dash do not have a midfielder that can slow her down so it may take some extra work from an outside back and that could spell trouble for a team searching for ways to create goals and play from in front.

This is a rematch of the monsoon game on April 30 when the Reign prevailed 2-0 in a driving rainstorm that offered no letup throughout the 90 minutes. That was the Reign’s first away win after opening the season with three straight at home, and it represented another small breakthrough for a team that finished 7th last season but leads the table by 4 points heading into the weekend. Nahomi Kawasumi returns from the Asian Cup, but there is no return in sight for Megan Rapinoe.

What to watch for: Sky Blue has struggled to keep meaningful possession in the attacking midfield area, and that happens to be one of the Reign’s strongest areas with Jess Fishlock and Keelin Winters patrolling things above the back line. But what makes the Reign so good is how well their forwards defend, and that will make it increasingly difficult to make their midfield dangerous.

The Spirit begin a crucial phase of their schedule as they try to take their recent home success on the road with them and stay attached to the playoff bubble. But the real story is the Breakers, who throttled the Thorns midweek after Tom Durkin benched several prominent players. It sounds ludicrous to change a lineup that beat the league champions 4-1, but is it any less ludicrous to keep Heather O’Reilly, Lianne Sanderson, Kristiie Mewis, and Joanna Lohman on the bench?

What to watch for: Clearly no one knows what to expect from the Breakers, but they might have an opportunity to attack the Spirit’s left side where Robyn Gayle has been ruled out with a concussion. O’Reilly can certainly help there.