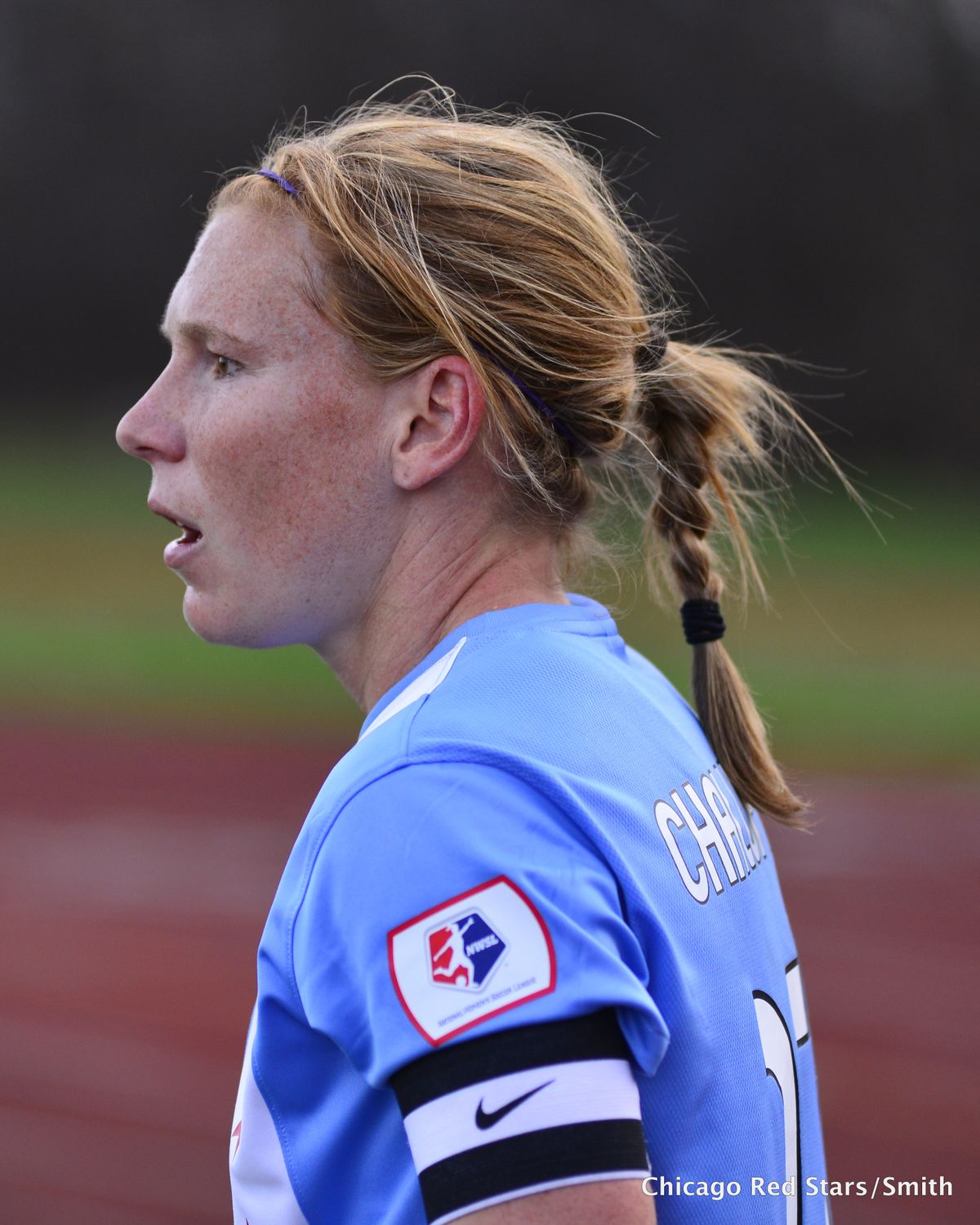 Adriana Leon and Lori Chalupny scored 1st half goals to lead the Chicago Red Stars to their 5th straight win, 2-0 over Sky Blue FC at Yurcak Field. The Red Stars are unbeaten in 6 dating to a 1-1 draw at Yurcak on May 7.

“Winning four games in a row in this league is hard,” Red Stars coach Rory Dames said. “I think we might have just won five, but four have been on the road. We just go one game at a time.

The Sky Blue side told a different story as they came out flat following Saturday’s surprise win in Portland. “We just didn’t show up in the first half and we made it easy for them,” coach Jim Gabarra said. “We got pushed around, couldn’t figure out how to put any pressure on the ball.  We couldn’t figure out how to tackle or when to tackle.  It was just a really, really flat and embarrassing performance.”

The Red Stars seemed content to defend in the midfield and knock balls over the top where they could use their pace to wreak havoc on a Sky Blue back line that was without Caitlin Foord, limited to bench duty after returning from the Asian Cup earlier in the week. The first goal came in the 27th minute when Karina LeBlanc came out of her box to clear a ball. Michelle Wenino–playing in the holding mid position–collected it and sent a long ball to Jen Hoy. The speedy Hoy got in on Jill Loyden and got tangled up with Kendall Johnson. Leon came in to clean it up and scored her 1st of the season top shelf.

Eight minutes later, Samantha Johnson started another scoring play with a long ball of her own that found left back Kecia Morway making a run into the attacking third. Morway crossed to Leon who returned it central to Chalupny. The shot eluded Loyden low.

“I’m going to have to watch it on film,” Loyden said. “Just a slow start for us tonight.”

The Red Stars (6-2-1, 19 points) moved within four points of the first place Reign and next host the Washington Spirit on Wednesday. Sky Blue (2-4-4, 10 points) are back at home Sunday to host the Reign.

Asked if there were any positives from the night the best Gabarra could come up with was, “No one got injured.  And it didn’t rain.”