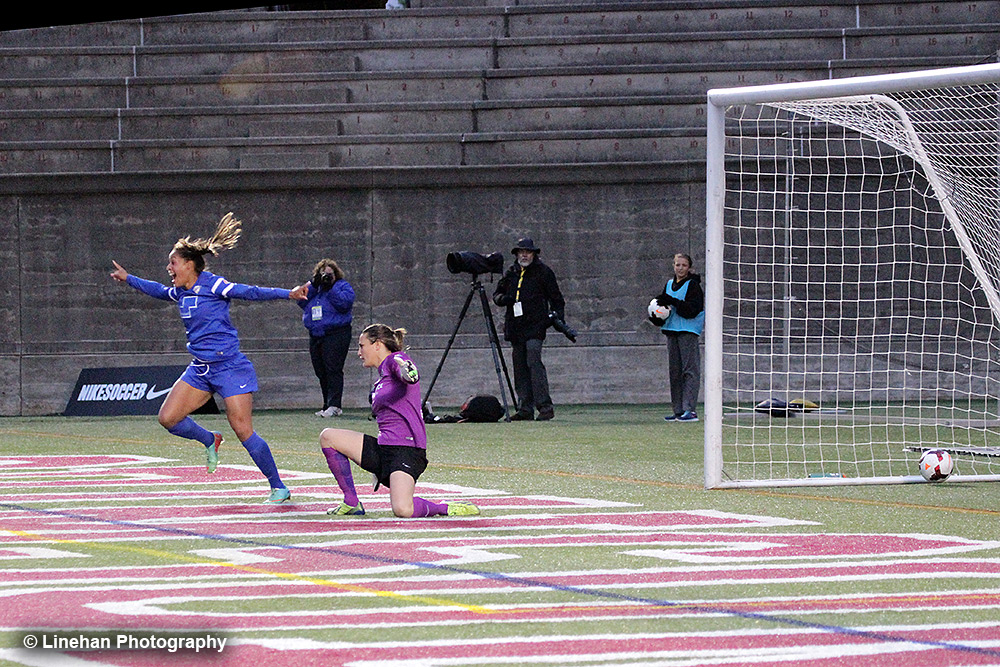 ALLSTON, Mass. — Rookie forward Jazmine Reeves scored a hat trick to lift the Boston Breakers out of last place with a 4-1 win over Portland Thorns FC on Wednesday at Harvard Stadium.

The three-goal loss was the worst in Thorns history and the first time that Portland has ever conceded four goals in a match.

Breakers coach Tom Durkin dropped five starters from his lineup in an effort to snap a four-game losing streak — moves that surprised even Riley and the Thorns — and the changes took less than two minutes to pay dividends.

Rookie Nkem Ezurike opened the scoring in her first professional start after tapping in a cross from Reeves. Chelsea Stewart played Reeves down the right flank and the rookie forward beat Emily Menges to the endline and crossed to a wide-open Ezurike at the back post.

Reeves doubled the Breakers’ lead in the 25th minute, beating Kat Tarr to a rebound from 12 yards out. Courtney Jones dribbled through a pair of Thorns defenders before forcing Thorns goalkeeper Nadine Angerer into a huge save. The goal prompted a Thorns huddle to try to sort out the poor play.

“We were rattled,” Thorns forward Christine Sinclair said, “after giving up pretty much two chances, two goals. We just needed to come together and realize with the talent that we have on our team that we were still in this game.”

But despite the rallying, very little changed for Portland, and the bad performance turned insurmountable in the 42nd minute when defender Kat Tarr received a red card for dragging down Ezurike as the last defender. Reeves scored again in the 45th minute to make it 3-0, deftly chipping Angerer for the calm finish. 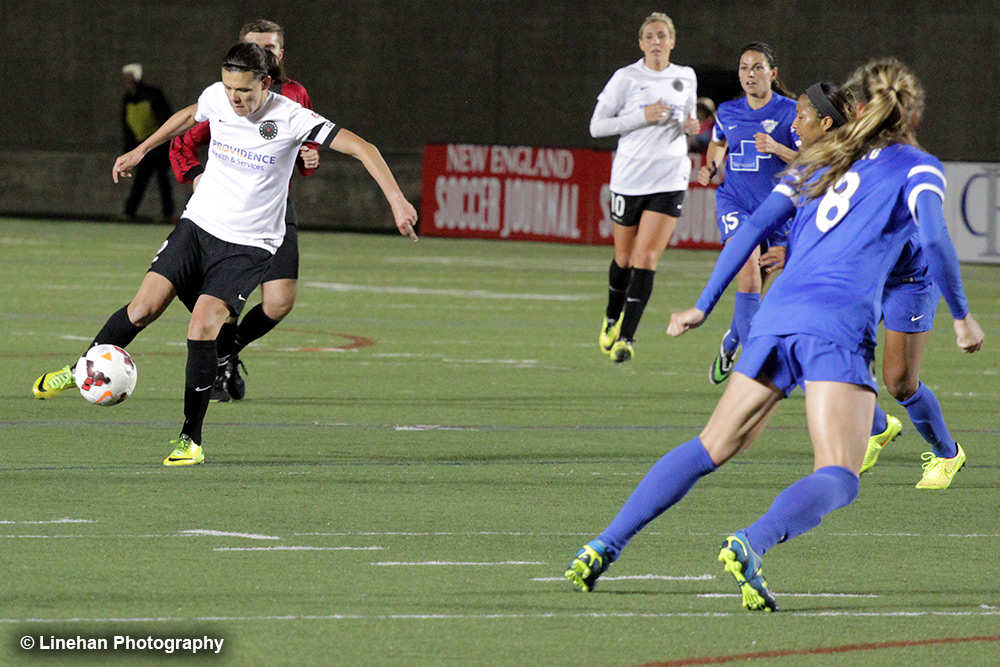 Christine Sinclair scored her first goal of the season, but it was little consolation for Portland’s 4-1 loss to Boston on Wednesday. (Photo Copyright Clark Linehan for The Equalizer)

Portland regrouped somewhat in the second half, settling into a 3-4-2 formation as they tried to push to get back into the game. Sinclair scored her first goal of the season to break a league scoring drought that stretched back to last year’s championship match, but the goal didn’t come until after Reeves scored her third of the evening to give Boston its fourth goal.

“I think that we all worked really hard to create opportunities for each other and ourselves,” Reeves said. “Each and every goal I thought I had someone passing me a great ball.”

Riley said Sinclair’s goal was the only thing that went right on the night.

“It’s massive,” Riley said. “There’s no question, it’s the only plus for the day. Sinc had a great second half. That is the first time that she looked really dangerous in front of net – she looked goal-hungry.”

The Thorns now have a rare 10-day break that they’ll use to try to regroup – and with a different group. Alex Morgan is expected to make her long-awaited debut on June 7, and Veronica Boquete, Stephanie Catley and Rachel Van Hollebeke are expected to debut then as well.

With the win, Boston (2-6-0, 6 pts.) pulls out of the basement and in front of the expansion Houston Dash. Regular starters Heather O’Reilly, Kristie Mewis, Lianne Sanderson, Joanna Lohman and Katie Schoepfer all started on the bench, a move made both due to fatigue and to shake things up.