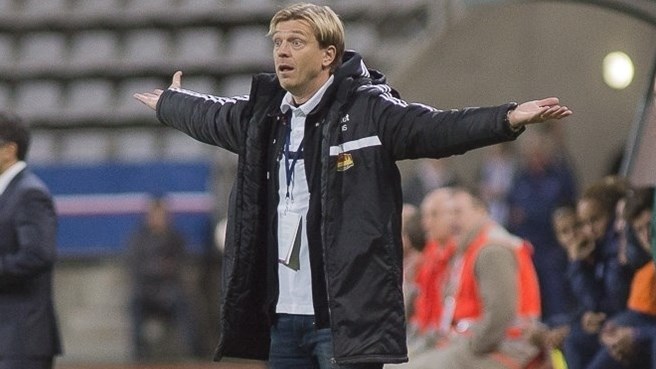 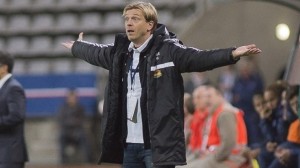 Tony Gustavsson has been named an assistant coach of the U.S. women under Jill Ellis. (Photo: UEFA.com)

Tony Gustavsson is back with the United States women’s national team as an assistant coach, returning to the same role he occupied under Pia Sundhage in 2012 when the team won an Olympic gold medal. Jill Ellis, who was named full-time head coach on May 16, announced the appointment of Gustavsson on Tuesday.

Gustavsson, 40, was one of three finalists for the head coach job awarded to Ellis. He just finished coaching Swedish club Tyresö FF to a runners-up finish in the UEFA Women’s Champions League.

“Tony will be an excellent addition to our coaching staff,” Ellis said. “We have worked together before and I am delighted to have him come on board as we move toward Women’s World Cup qualifying. He brings tremendous international experience and a fantastic energy to our program. I am excited to have him join us in a couple of weeks.”

Gustavsson will join the team ahead of matches against France on June 14 and June 19.

“I’m really looking forward to being back with the U.S. team again,” Gustavsson said. “I have great respect for these players, their work ethic and their desire to keep progressing as individuals and as a team. I’m excited to contribute to that process through any role Jill asks of me.”

Tyresö FF only just began their 2014 Damallsvenskan campaign, but the future of the club looks grim after failing to secure a first division license beyond this year due to financial instability. All the U.S. players have left, and Marta, Caroline Seger and Veronica Boquete are among those joining the mass exodus from the club.