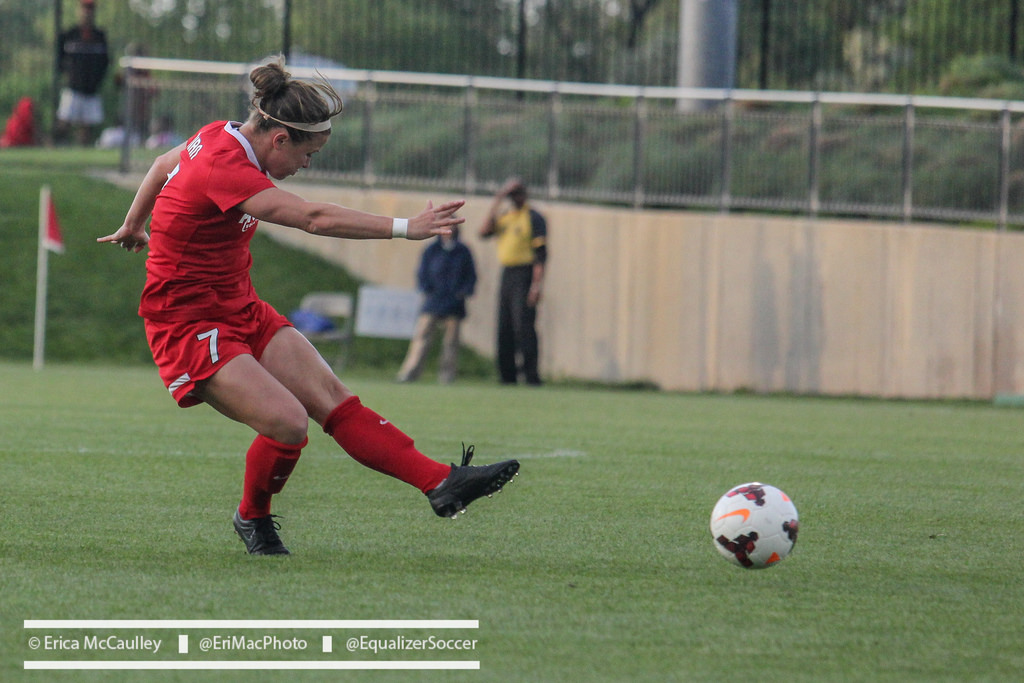 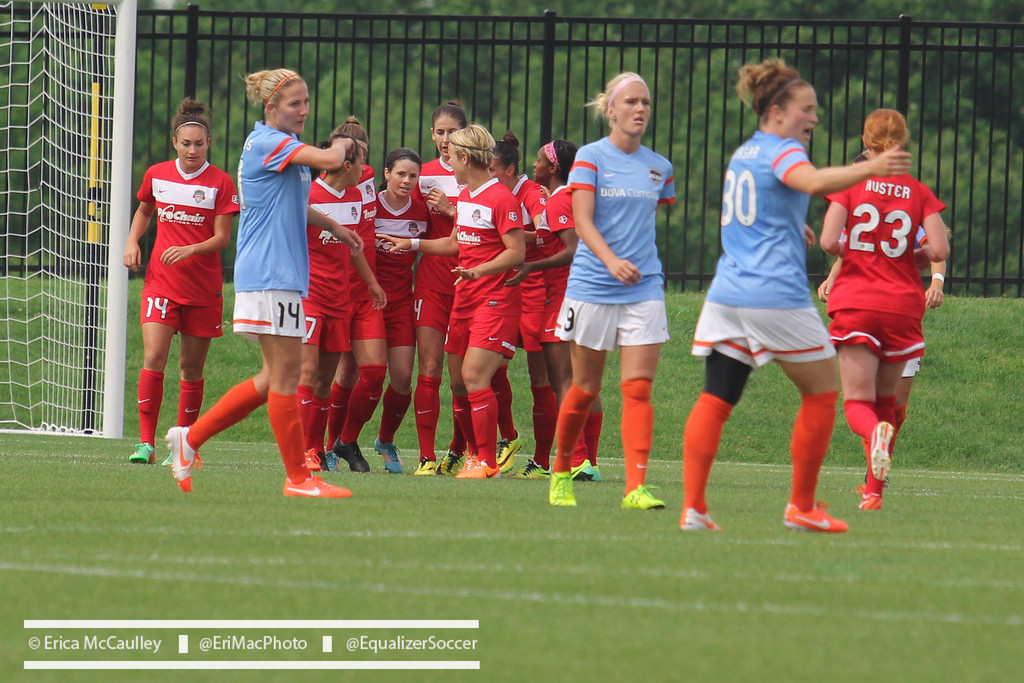 The Washington Spirit are unbeaten in three straight matches after a 3-2 win over the Houston Dash on Monday. (Photo Copyright Erica McCaulley for The Equalizer)

BOYDS, Md. — It took a stoppage blast from Christine Nairn for the Washington Spirit to down the visiting Houston Dash 3-2 on Monday at the Maryland SoccerPlex.

Washington took the early lead in the 4th minute, but once again conceded a goal rather quickly. Jodie Taylor put Dash keeper Erin McLeod under pressure, which led to a poor clearance that fell to Diana Matheson, who chipped McLeod for the score. 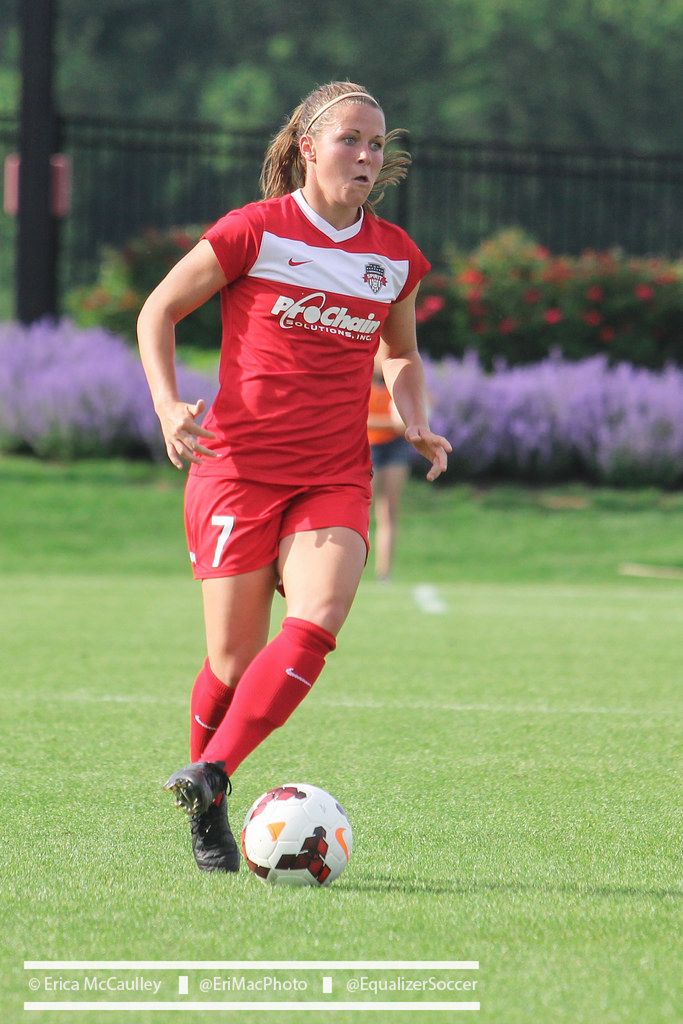 Houston roared back in the 12th minute. Kaylyn Kyle sent a well-placed cross into Nina Burger, who tapped it in for the score. Burger was given entirely too much space by the Spirit backline.

Washington regained the lead in the 38th minute when Nairn sent a ball to Taylor that just got over a Houston defender. Taylor was able to settle the ball and tap it past McLeod.

The Spirit’s lead would last until the 77th minute, when Houston was awarded a corner kick and Stephanie Ochs sent a ball into the box, which was headed in by Osinachi Ohale. The Nigerian defender rose above a crowd of Spirit defenders for for an uncontested header.

Postgame Washington head coach Mark Parsons admitted his side needs to tighten up some things.

“It’s not just the back four. The attention immediately goes to there,” Parsons said. “If we don’t give away the balls that we gave away further up the pitch, then the other team doesn’t have as much pressure. I felt that we gave away the ball that lead to too many corners for them. They are taller and bigger than us and they got good opportunities and when Ohale got just a couple of yards you see the damage that she can do.”

Both teams had numerous chances throughout the match to add to the lead. In the 88th minute, the Spirit were awarded a penalty kick when McLeod came out to challenge Taylor on the left edge of the box. The two collided and the referee blew his whistle. Matheson took the penalty for the Spirit, but sent a weak effort toward goal that was saved by McLeod.

For the Dash, the stoppage time loss is heartbreaking, but the team may be turning the corner offensively. Through the first six games, the Dash managed only three goals. In their last three outings, Houston has more than doubled their offensive production on the season, notching five goals.

“We’re putting the ball away now it’s just the little lapses that we’re not getting through,” Houston forward Ella Masar said. “I think most of the games we’re in it, and a set piece or something happens and we shut off…I mean we’re in every game so you can say expansion or what not but I think we’re playing good footie and we’re just going to keep doing what we’re doing and it’s going to change at one point. It has to.”

Each side had a chance to score the winner in stoppage time, but only the Spirit capitalized. Nairn fired a laser of a shot from 35 yards out that found its way into the upper corner to give the Spirit their second 3-2 win in their last three matches. Washington is unbeaten in three straight matches and has scored three goals in all three.

The Houston Dash continue their three-game road trip as they play Western New York on Saturday. The Spirit will face the Boston Breakers on Sunday at Harvard Stadium.