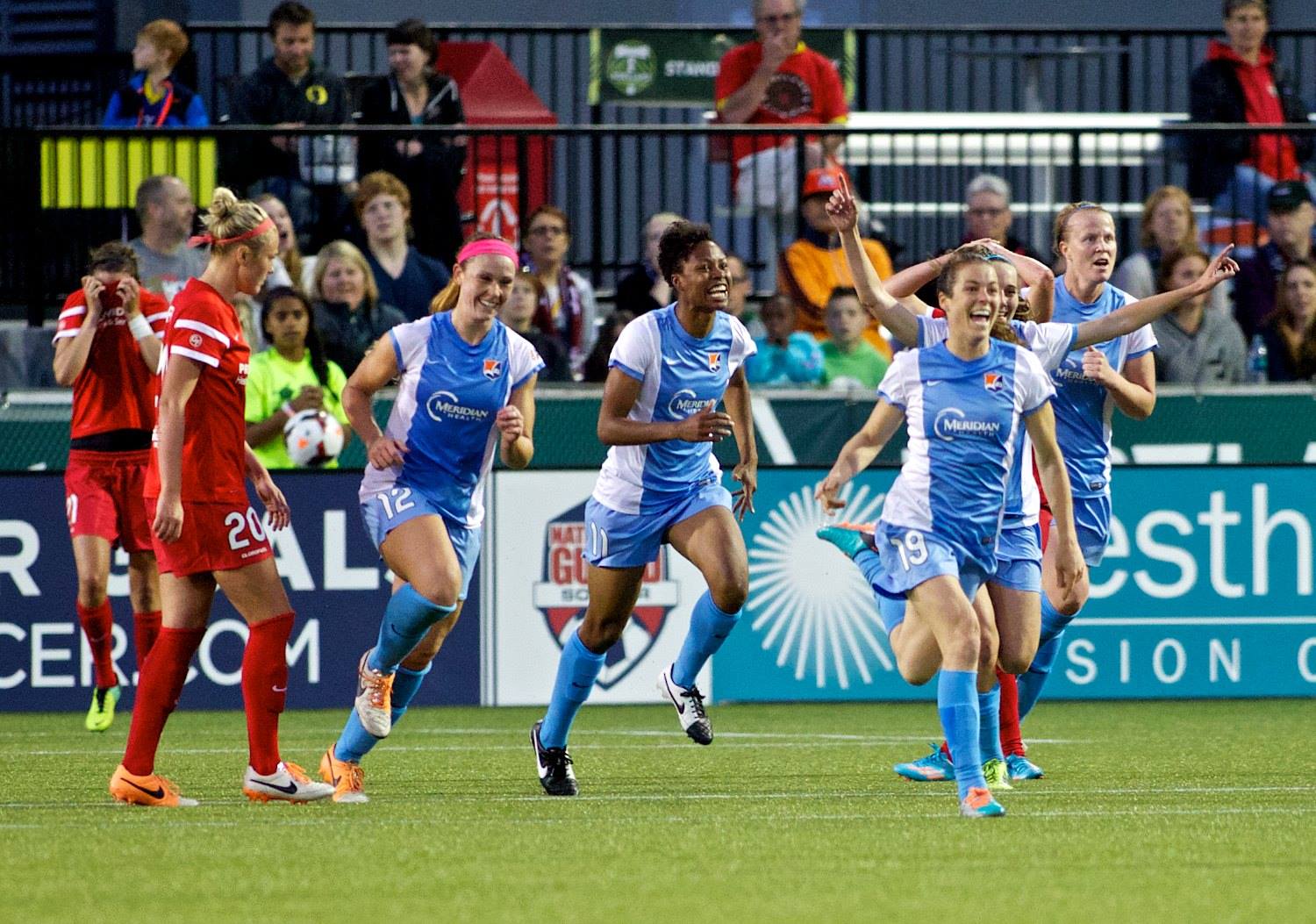 Sky Blue FC’s three U.S. allocations combined to lead the club to a much-needed victory Saturday night, 1-0 over the Thorns at Providence Park.

Jillian Loyden held down  the fort in goal to keep the Thorns off the board and Christie Rampone’s free kick found  Kelley O’Hara for the 84th minute game-winner.  It was Sky Blue’s second victory of the season and first on the road while the Thorns missed an opportunity to retake 2nd place.

After spending most of the 2nd half on their heels fighting to keep the Thorns off the ball, Sky Blue won what looked like a mundane free kick when Nikki Marshall came all the way up near the circle and fouled Monica Ocampo.  While Sky Blue coach Jim Gabarra barked for a card, Sky Blue set up behind Rampone, who knocked a perfectly placed long ball just inside the 6.  O’Hara lost her mark and caught goalkeeper Nadine Angerer between options, heading inside the near post for the only goal of the night.  O’Hara’s NWSL career had been dotted by struggles around the goal, but the goal in Portland was her second in as many matches. 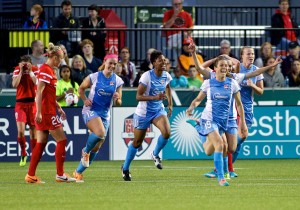 One mistake, Emily (Menges) lost her mark and I think Nadine probably should have come out to be perfectly honest with you,” Thorns coach Paul Riley said. “I said to them at halftime about the amount of wasted balls, wasted chances, even in the first half. Eventually Emily or Nikki (Marshall) is going to make a mistake. Unfortunately, it was Emily tonight who made it.”

The Thorns’ big scorer, Christine Sinclair, remained frustrated though not for lack of opportunity.  During the Thorns’ most dangerous stretch of play, Sinclair found herself on the end of Allie Long’s 61st minute corner kick and her header looked destine for the far post until Monica Ocampo alertly headed it out of danger.  Long and Sinclair hooked up again two minutes later in the run of play and Loyden had to react quickly to rob the Canadian forward whose face betrayed a rare bit of frustration.  She has yet to score an NWSL goal in 2014.

“I’m frustrated that we lost,” Sinclair said. “I know our team can play better. I think it’s unacceptable that, at times, we got outworked tonight which is unacceptable at home.”

Mana Shim, starting in place of Angie Kerr, had her chances later in the half.  A quick restart on a set piece just on top of the box was knocked away by Lloyden in the 77th minute and in the 78th Loyden did well to save and control a hard shot by Shim also taken just above the penalty area.  Sky Blue mostly kept the Thorns out of their penalty area after taking the lead and needed to kill only two minutes of stoppage time in what was a free-flowing match.

Alex Morgan was included in the Thorns’ gameday roster for the first time this season but did not appear in the match.