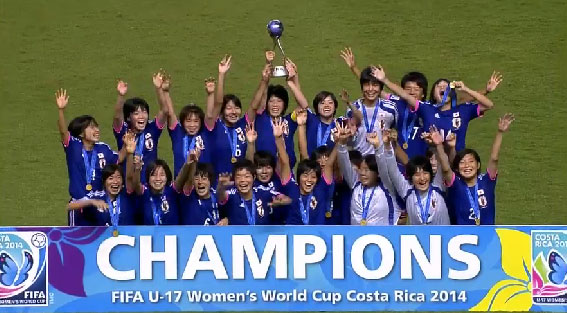 Azusa Iwashimizu scored the game’s only goal off a corner kick in the 28th minute to lift reigning World Cup champions Japan to the Asian title, dethroning the Matildas in the process.

“We had won the World Cup before winning the Asian title, so as a team we really wanted to win this title. This is the best feeling I have now, after all the effort we have done in this campaign,” said Japan midfielder Aya Miyama, who was named the tournament’s MVP.

Both Japan and Australia qualified for the World Cup by virtue of making the semifinals. They are joined by fellow semifinalists China and South Korea, as well as fifth-place finishers Thailand.

Costa Rica and Guatemala have advanced to the final stage of CONCACAF Women’s World Cup qualifying in October by winning their groups in Central American sub-qualifying.

The two teams will be joined by three Caribbean teams, Mexico and the United States. It is unclear who the eighth team will be in October’s final qualifying stage, since hosts Canada do not need to qualify for the 2015 tournament.