The target date — read ‘at latest’ — for Portland Thorns FC to get Alex Morgan back on the field has been June 7 at home against the Western New York Flash, as reported earlier this week.

But there was always a chance that the U.S. forward, who hasn’t played in a competitive match since Nov. 10, 2013, due to a sprained left ankle that turned into a stress reaction, would be back earlier. It looks like that might just happen on Saturday, when the Thorns host Sky Blue FC.

Morgan was initially listed as “out” in the official NWSL injury report that was distributed just before 5 p.m. ET on Friday. At 9:36 p.m. ET, Morgan was upgraded to “questionable,” and Thorns owner Merritt Paulson soon tagged the word “probable” to that, saying he is looking forward to Morgan returning to the field:

Look forward to having @alexmorgan13 back on the pitch tomorrow! Been a long rd – great for women's soccer to c her back in action #baonpdx 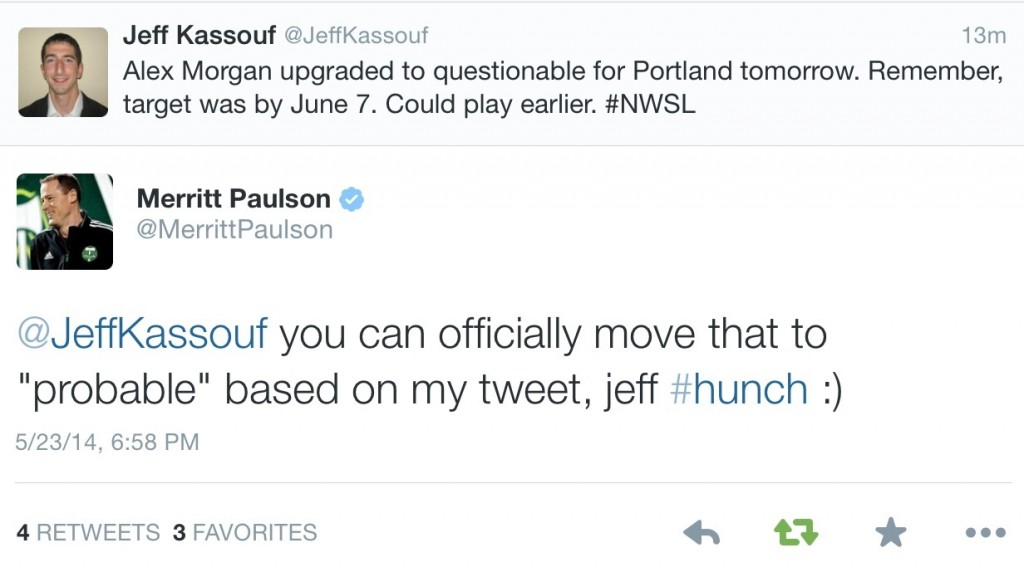