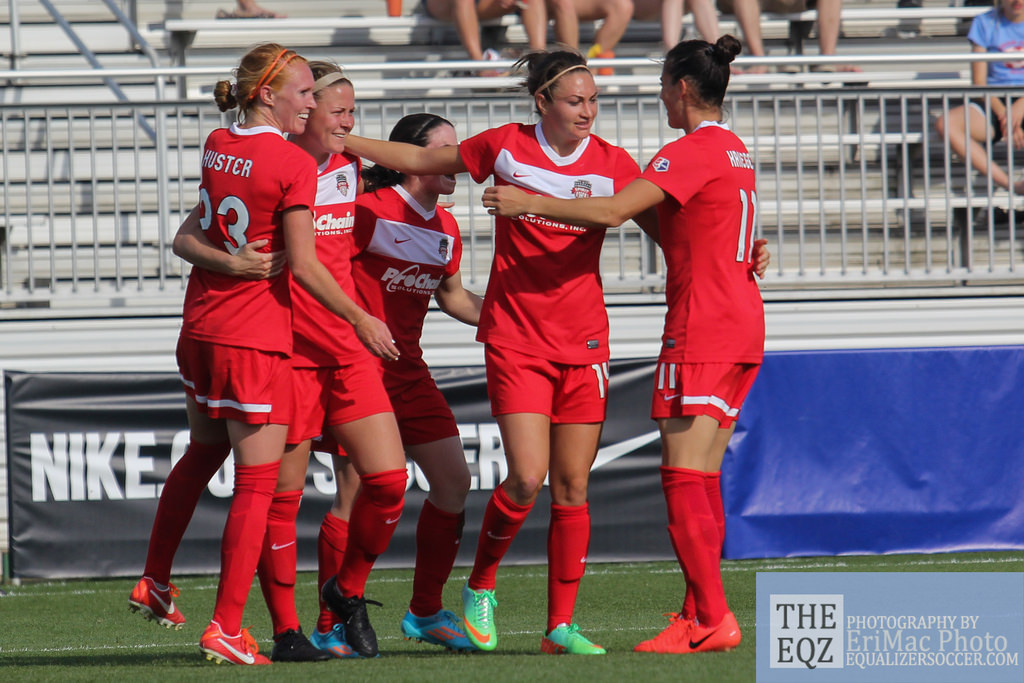 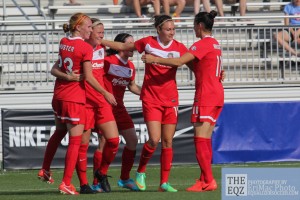 After two straight losses, the Washington Spirit are looking to rebound Saturday vs. the Western New York Flash. (Photo Copyright Erica McCaulley for The Equalizer)

After starting off the season 2-2-0, the Washington Spirit have dropped their last two games and have fallen into the bottom half of the league table. The team will kick off of a three game home stand against the Western New York Flash Saturday looking to rebound from Sunday’s 2-1 loss to FC Kansas City.

Washington head coach Mark Parsons believes the culprit of last week’s loss was unforced errors. Both of Kansas City’s goals were facilitated by unnecessary giveaways by the Spirit.

“Obviously, we can’t have that many unforced errors, unforced giveaways. If you’re trying to play and get into the final third, trying to take risks and you lose the ball, well that’s part of the business, but you can’t lose the ball when you’re under no pressure,” Parsons told The Equalizer in a phone interview Wednesday.

Parsons admits that Saturday’s match against the Flash is a big game, explaining that in order for his team to make the playoffs they need to earn points against the teams that will likely be in the playoff picture at the end of season. Nonetheless, after last week’s loss the team’s focus isn’t on results, but rather their performance.

“I think the focus has immediately been put on the performance because we were all disappointed with our performance,” Parsons said. “It’s forget winning or losing right now, let’s just go out and do what we do…and perform as well as we can.”

The Spirit have faced a tough stretch of opponents early on in the season and after this weekend the team will have faced Seattle, Kansas City and Western New York two times apiece. Parsons feels that playing some of the league’s “big guns” to start the season will yield some critical learning experiences that will set the team up “massively” for the rest of the season.

Earlier this week, the Spirit waived Danish international defender Cecilie Sandvej, who failed to see the field in any the Spirit’s previous six matches. Sandvej will stay in D.C., however, as part of the Spirit’s USL W-League reserve team, which Parsons called a bonus for the club.

Most notably, Sandvej’s departure opens up a crucial international spot. Washington has a couple players they are looking at to fill the slot. No one will able to come in until June due to contractual obligations, Parsons said. It will also take the club a few weeks to finalize a contract with whoever they choose.

Therefore, it looks like the Spirit have their eyes set on an international currently playing in a European league. As the Spirit already have two defenders coming in around the same time — Niki Cross and a yet to be named player — it’s evident that whoever fills the international spot will play further up the field.

In other roster news, Caroline Miller and Colleen Williams’ stints on the disabled list ended on Tuesday. Parsons should receive physicians’ reports this week to determine where they are at in their recoveries. Williams has been a full participant in practice for two weeks. Meanwhile, Miller is still rehabbing off the pitch.