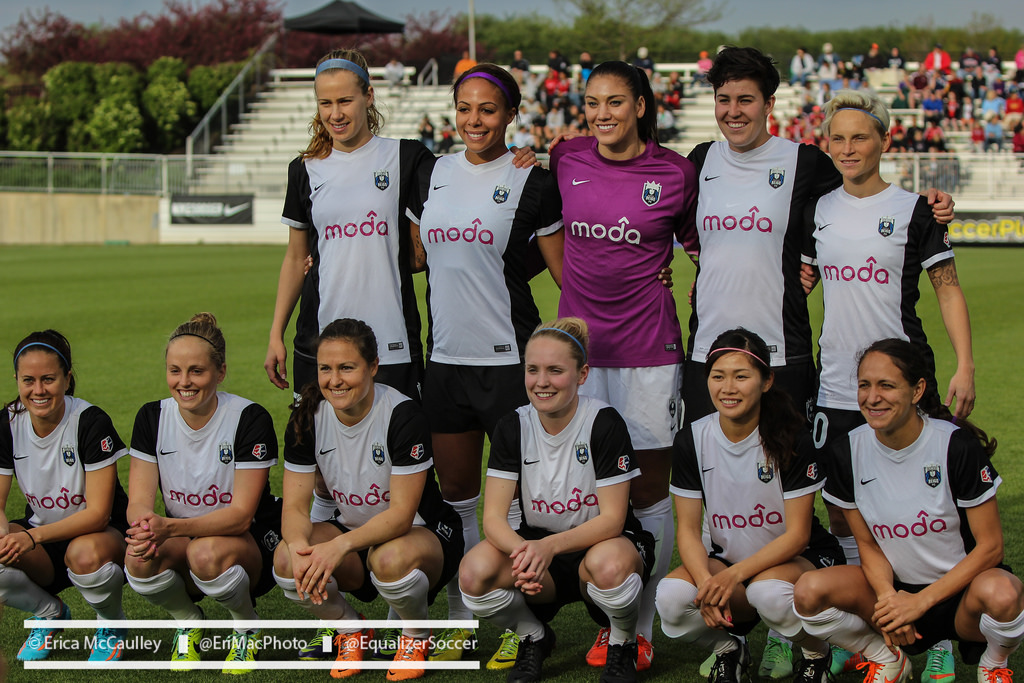 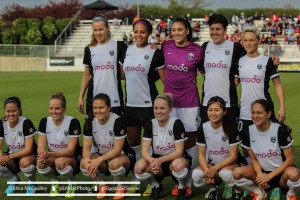 Winters was left unmarked in the box and headed in a cross from Kiersten Dallstream in the 76th minute to improve the Reign’s record to 7-0-0 to open the season. The seven-game winning streak is an NWSL record.

After a strong start for Seattle, FC Kansas City chipped into the home side’s lead and momentum, starting just before halftime. With Seattle leading 2-0, league-leading scorer Amy Rodriguez drew a penalty kick in the 44th minute after beating Seattle’s Beverly Goebel, and 2013 MVP Lauren Holiday stepped up to finish the ball from the spot, sending Reign goalkeeper Hope Solo the wrong way.

The Blues continued to push the tempo on the other side of halftime, and eventually equalized in the 60th minute. Three minutes after checking into the game, Erika Tymrak ripped a 23-yard shot past Solo and into the upper corner to level the game at 2-2.

Kansas City, energized by the insertion of Tymrak, who showed no signs of having back pains that kept her from starting — pushed on for a third, but it was Winters and the Reign who would get the last laugh.

Despite a bright start from the visitors, Seattle had gone ahead 2-0 early with two goals in three minutes. Kendall Fletcher buried a rebound opportunity in the 15th minute after A Merritt Mathias hand ball three minutes later led to a penalty kick for Seattle, and Kim Little stepped up to bury it for her sixth goal of the season, tying Rodriguez for the most in the league.

The two teams meet again next Wednesday in Kansas City, but the Blues first host the Houston Dash Sunday.