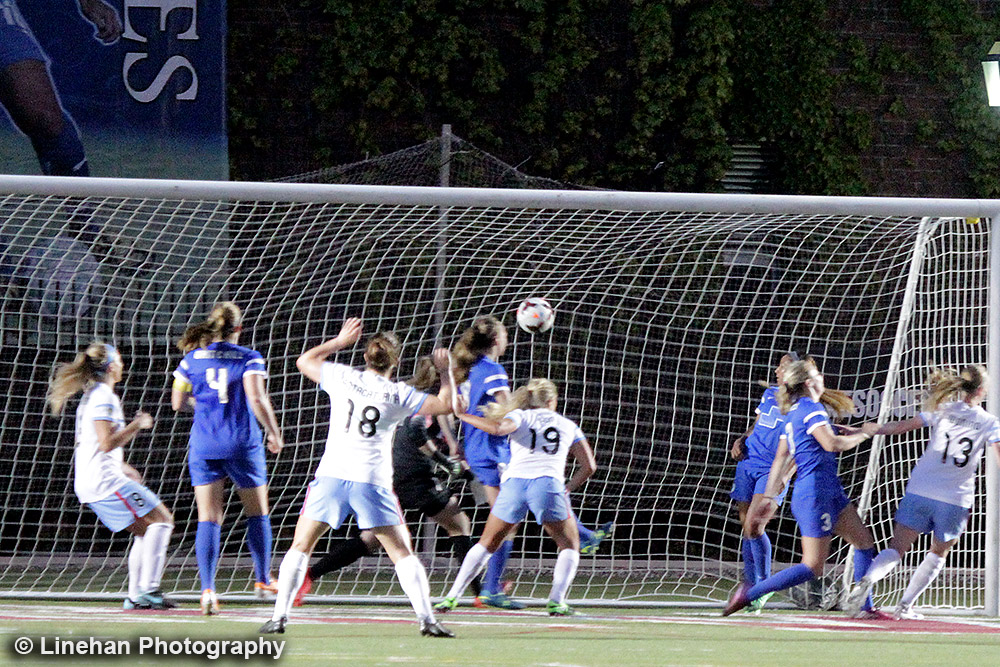 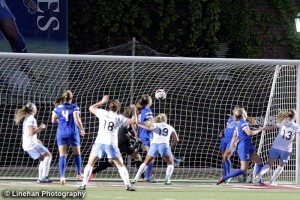 Chicago beat Boston 3-1 on Thursday to keep the Breakers in the NWSL basement. (Photo Copyright Clark Linehan for The Equalizer)

The Chicago Red Stars defeated the Boston Breakers 3-1 on Thursday at Harvard Stadium in Allston, Mass., in the first of two meetings in four days between the teams.

Defender Michelle Wenino scored the game-winner in the 52nd minute and forward Jen Hoy iced the match with a beautifully placed lob over Breakers goalkeeper Alyssa Naeher in the 67th minute. Hoy struck the ball first-time on the half-volley from 25 yards out after a long ball over the top from Sam Johnson.

With the loss, Boston (1-4-0, 3 pts.) remains at the bottom of the table, tied on points with the expansion Houston Dash. Chicago is now in fourth place as one of three teams on 10 pts. The Red Stars have played six matches, while the Western New York Flash and FC Kansas City — the other two teams on 10 pts. — have played five games and eight games, respectively.

Boston got on the board first in the 19th minute when Courtney Jones beat Red Stars goalkeeper Karina LeBlanc, who spilled a routine shot from Heather O’Reilly to give up the tap-in rebound to Jones.

But the tide turned just before halftime, when Chicago captain Lori Chalupny headed in the equalizer. The Red Stars easily and quickly marched up the right side of the field, with LeBlanc playing a short goal kick to Julie Johnston, who found Wenino on the right flank. Wenino feathered a ball in behind to Hoy, who eventually sent a cross to the back post for Adriana Leon, who sent it back toward goal for Chalupny to finish.

“I thought it was the best start that we’ve had to a game this season,” Red Stars coach Rory Dames said. “It’s the first time we’ve gone down and you could feel the belief in the group that they were going to come back.”

Chicago continued to press the issue on the other side of halftime, with Wenino scoring seven minutes into the second half. Her initial header went off the crossbar, but Jones failed to clear the rebound and Wenino pounced for the finish.

Wenino then forced an impressive save from Naeher in the 64th minute, nearly extending the Red Stars’ lead if it weren’t for the range of Naeher. Three minutes later, Hoy scored to end any doubt. 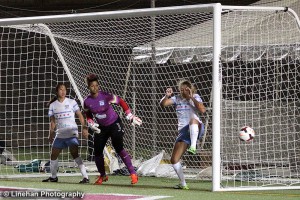 The Breakers nearly got back into the game in the 80th minute when Heather O’Reilly got her head on the end of a corner kick, but her shot went just wide of the far post.

Chicago and Boston meet again on Sunday at Harvard Stadium.