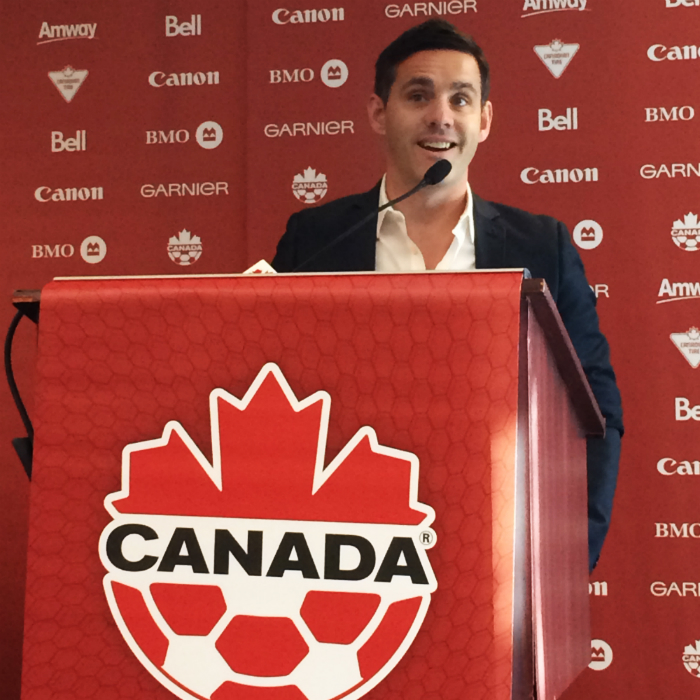 John Herdman sometimes takes a page out of Jose Mourinho’s book. The Canadian coach knows how critical the mental aspect of soccer is — both to his opponents and to his own team.

So sometimes Herdman exaggerates, like how he over-sells his team as such drastic underdogs every time they play the United States. The record (47-3-6 in favor of the U.S.) would support that, but Canada is ranked No. 7 in the world and fully capable of playing with and beating the United States. That was clear Thursday in a 1-1 draw that Canada really should have won had they not had a late mental lapse defensively.

Regardless, the back line that consisted of three teenagers and a player not currently signed with a professional club shut down Abby Wambach, Sydney Leroux (except, you know, that goal) and Heather O’Reilly up front for the U.S. And postgame, Herdman was praising his 18-year-old goal-scoring, Wambach-denying defender Kadeisha Buchanan to a hyperbolic level.

“She’s the Sinclair of defenders. She just brings it every game,” Herdman said. “We’ll find some areas to keep working on, but she’s got the chance to be the best in the world at her position.”

The words are strong, especially for a teenager, but Thursday’s performance was brilliant. As Desiree Scott said postgame, Buchanan’s “future is bright.”

Oh, and like Mourinho’s mind games, Herdman added a little fuel to the fire postgame in describing just how good Buchanan was against Wambach:

Canada’s Scott on Buchanan: ‘future is bright’
Riley selling Thorns as underdogs vs. Seattle, but stakes are high for Portland, field