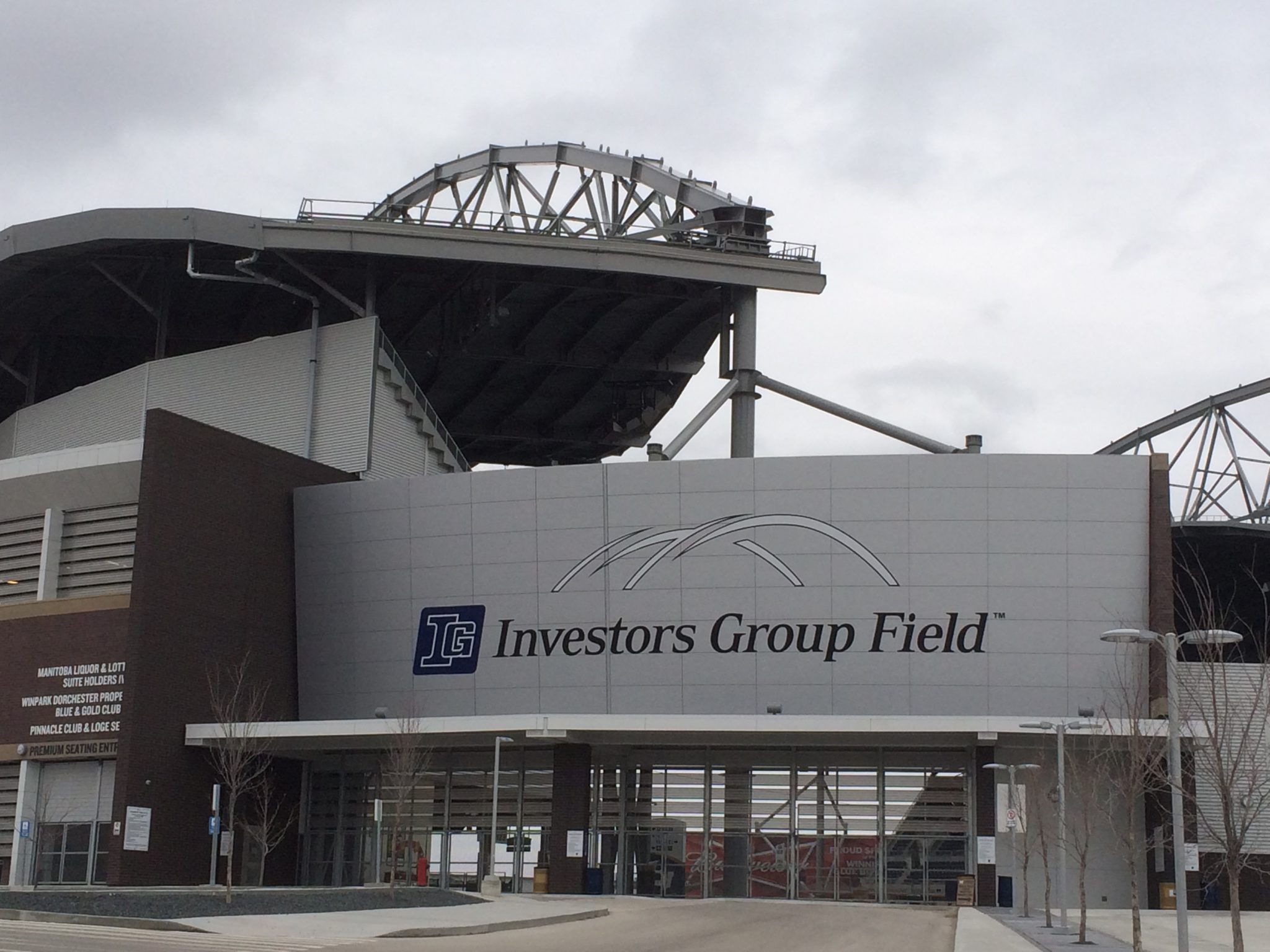 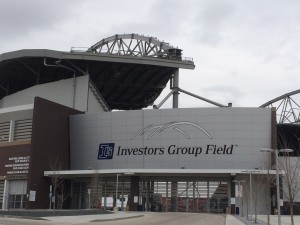 Investors Group Field in Winnipeg, Manitoba, will be one of six turf venues used at the 2015 Women’s World Cup in Canada. (Photo Copyright Harjeet Johal for The Equalizer)

Thursday’s USA-Canada women’s soccer match will be billed as a border battle. It’s a rivalry game, no doubt.

Call it a meeting of two of the world’s best teams – it is. The U.S. is ranked No. 1 in the world for six years running; Canada sits at No. 7.

But for all that this game could tell these two teams about themselves just 13 months ahead of the 2015 World Cup in Canada, the stage is set at Investors Group Field for what this World Cup really will be: An experiment.

Next year will mark the first time that a senior men’s or women’s World Cup will be played on turf. This bit of history comes for the women’s event, of course, despite some of the world’s best players opposing the decision. Among the players publicly organized against having to compete at a World Cup on turf: The last two FIFA Women’s World Players of the Year – Germany’s Nadine Angerer and the United States’ Abby Wambach – plus co-player of the century Michelle Akers. Alex Morgan, Lotta Schelin, Caroline Seger – the list goes on.

Regardless, the tournament will go on, and it will happen on turf, not natural grass. Thursday’s friendly will showcase that, with Winnipeg serving as one of six host cities for next year’s tournament. Every bounce of the ball, every splash of the rubber and sand between the plastic blades on Thursday will be a preview of what is to come in 13 months – for seven group stage matches on that field and for all 52 matches across the country.

[PREVIEW: US, Canada renew rivalry in Winnipeg |  Ellis aims for US job]

The topic is polarizing and always a losing prospect for players, who are forced to argue the aesthetics of how they feel – something only they, not fans or administrators, feel – against science. Players know that playing on turf is different, from fatigue to speed of play. FIFA argues that approved artificial turf is just as good as grass.

Agree or disagree about turf being suitable for the 2015 World Cup, that argument is secondary to the real issue at hand: equality. The men’s World Cup would not be played on turf. It never has been and there is no indication that it will be in the future.

“Well it’s not grass,” Wambach told media in Winnipeg on Wednesday. “There’s pebbles on it, there is nails on it, so hopefully that will get sorted out if we don’t get an opportunity to play on grass during the World Cup. The reality is the World Cup would never be played on turf if it were the men. I’m going to stand by what I’ve been saying. We deserve to be treated just like the men do.”

Wambach has for the last year led the charge against FIFA and against the 2015 tournament being on turf, as she first expressed to The Equalizer in 2013.

“This is also for younger players trying to preserve their bodies so that they can last,” Wambach told The Equalizer in March 2013. “This is also for an Alex Morgan who will take over the reins of scoring for this team – for Team USA – for the next 10 years. You want to make sure that she can play for 10 years. I’m not saying that we need to get rid of artificial turf. That argument has long passed. But what I am saying, and what I think I am valid in saying, is that artificial surface has a time and a place and surely the World Cup is not the time and the place for it.”

She echoed those sentiments to me in a chat in October, when she seemed resigned to the fact that the change would not happen, but was willing to continue to fight it nonetheless.

Wambach’s motives are both personal and overarching; she has said as much. As a physical 33-year-old player who lays her body on the line in at times reckless ways, turf prolongs her recovery, she’s said. But she’s also embraced her platform as one of the world’s most recognizable players, leading a fleet of stars who are at this point fighting a lost cause, wondering why a drastic change to the playing surface has been made at their sport’s biggest stage.

Reached in January, FIFA said that Australia was the only federation to formally write in and raise its concerns over the use of artificial turf at the 2015 World Cup, but the groundswell of organization has been on a player level.

FIFA didn’t have any option other than to award the 2015 World Cup to Canada. Zimbabwe was the only other official bid, and suspicions of its legitimacy were confirmed when the bid was pulled a week prior to the awarding of the tournament, leaving Canada unopposed in victory. (There are at least three known applications to bid on the 2019 Women’s World Cup, including France, which should create a healthy competition for the tournament.)

Still, FIFA, which has hosted full youth World Cups on artificial turf in recent years, did not push the issue to play the 2015 event of grass. The CSA told FIFA it wanted to host the tournament on artificial turf, and would even be tearing up a grass field at the Moncton venue to make it uniform with the other five host stadiums. FIFA accepted that proposal under the conditions that all surfaces be “of the same quality and meet FIFA standards.” Grass field options are limited in Canada, but laying down sod or temporary grass has been ruled out.

“We’re very comfortable with the decision that was made to play all (games) on artificial turf,” 2015 World Cup organizing committee chief marketing and communications officer Sandra Gage said in August.

Double-standards are already at play, but they could be embarrassingly highlighted if the men’s World Cup makes its way to the Great North. Canada earlier this year revealed it will bid for the 2026 men’s World Cup. Surely, by Canada’s infrastructural standards for 2015 and the talk of advancements in artificial turf technology, that would not be on grass…right?

“It is still too early to tell,” a Canadian Soccer Association spokesperson said. “FIFA hasn’t set its requirements for the 2026 big yet, and don’t expect these until 2017 or so.”

FIFA’s media department echoed that: “We can’t speculate on what will happen in the future and therefore can’t comment further.”

If – and it’s a major ‘if’ – that that tournament ends up in Canada 12 years from now, don’t expect it to be on turf. Don’t expect the best men’s players in the world and the powers that be to even allow Canada’s 2026 World Cup bid to gain any momentum if the proposal is to use turf (of course, it can’t be worse than the heat and delusion of Qatar’s 2022 proposals).

But again, turf is the catalyst here, bringing to light the issue of equality. After the most successful Women’s World Cup since ’99 in 2011 – an event Germany put on with the professionalism and passion to rival the men’s event – Canada, which could do the same, will enter 2015 with this black cloud hanging over the tournament. How much it actually factors into the overall equation of the tournament won’t be known until next summer.

A-Rod bursting back onto scene after pregnancy, but goals remain long-term
Late Leroux goal gives US draw vs. valiant Canada