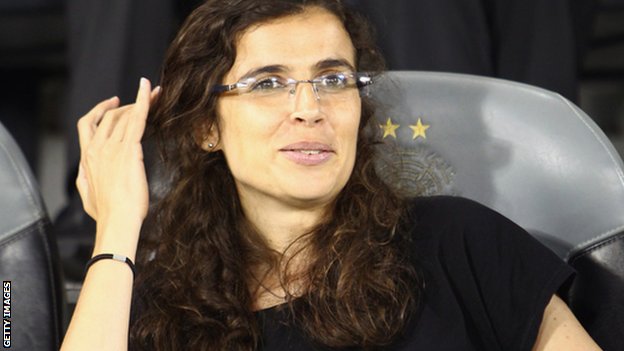 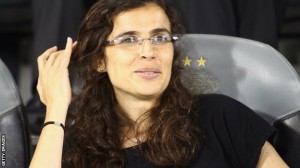 French Ligue 2 club Clermont Foot has named Helena Costa as its new manager, making her “the highest-profile female manager of a European men’s team,” according to the BBC.

The 36-year-old has served as coach of the Iran women’s national team since 2012 and has previously coached Benfica’s male youth teams and the Qatar women’s national team, as well as scouted for Celtic. Costa also previously managed a lower-league men’s team in Portugal, leading them to a regional championship in 2006, according to the BBC.

“It should help the club enter into a new era,” the French side stated in a release.

Ex-Canada and Italy women’s national team boss Carolina Morace is considered to have previously been the woman with the most high-profile men’s managerial job in Europe, having coached Italian Serie C1 team (third division) Viterbese for two matches in 1999.

Hope Powell, fired last year as England women’s manager after 15 years, has in the past been very public throughout the years about the prospect of coaching a men’s team. She was open to the idea of coaching men — and wanted to see qualified women be considered for more men’s jobs — but nothing came of a rumored application to League Two (fourth division) side Grimsby Town.

“I think the world of football has to accept that women are qualified to be part of the game,” Powell said in 2009. “We have some fantastic female coaches, not only in England but across the world, and we should be respected for putting the work in to gain those qualifications. Sometimes I’m not sure we get that credit.”

Costa will take over a Clermont Foot team currently in 14th place in Ligue 2.

Reign rolling ahead of showdown in Portland
The Lowdown: McDonald looks to inspire son