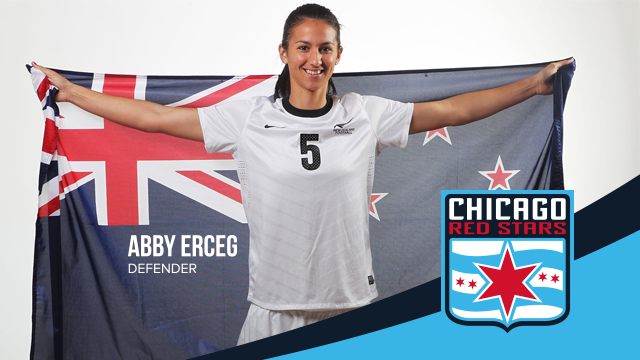 The Chicago Red Stars bolstered their defense on Monday with the signing of New Zealand captain and defender Abby Erceg.

Erceg ,24, currently plays for USV Jena in Germany’s Frauen-Bundesliga. She is the most-capped Football Fern ever with 96 appearances for New Zealand. Erceg has four international goals. She is expected to join the Red Stars prior to the team’s May 23 visit to the Houston Dash.

“Abby will provide us with a higher level of professionalism and leadership, which she acquired during her time in Australia, Germany, Spain and as captain of the New Zealand national team,” Red Stars coach Rory Dames said. “Both of these attributes will be invaluable to helping develop our young team.”

Erceg is the second Kiwi in the NWSL, joining Emma Kete, who has appeared sparingly for the Western New York Flash.

Durkin: Kyle wasn’t interested in defensive aspect; Breakers trying to sort out basics
Reign rolling ahead of showdown in Portland