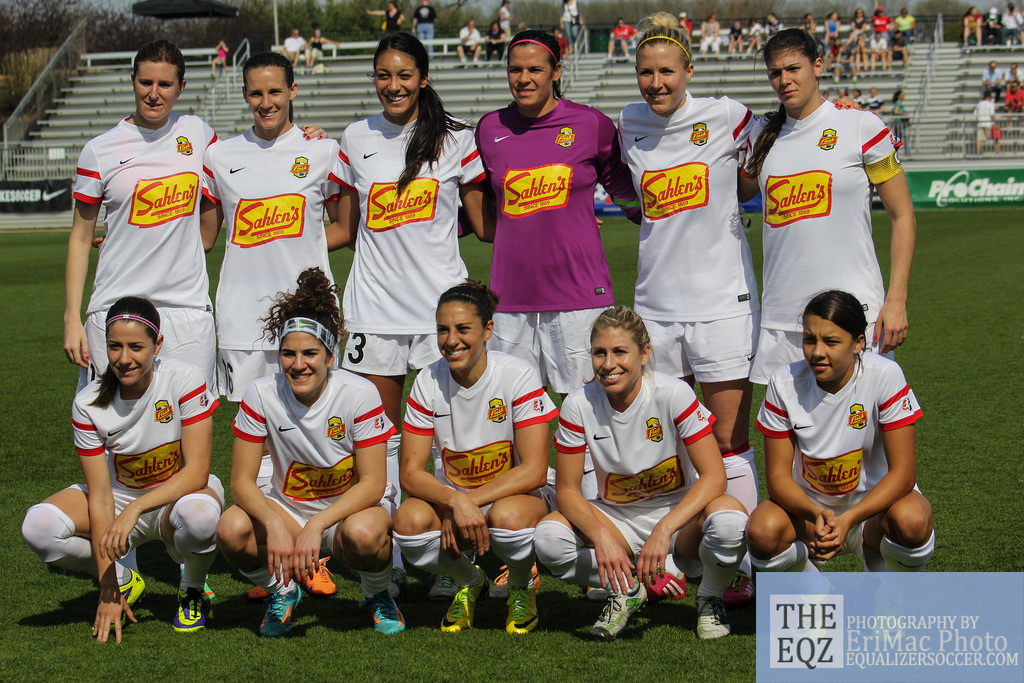 The shaky weather forecast caused a delay of game in the 7th minute for of play as hail and lightning filled the stadium. After a 43 minute delay, both teams stepped back on the pitch ready to battle for the win.

After missing the first two games due to a fractured orbital bone, Abby Wambach was medically cleared to play and made her season debut. Spanish International Sonia Bermudez and Kristen Edmonds also made their Flash debut.

“She had a good debut,” said Flash head coach Aaran Lines, when asked about Sonia’s play. “She’s going to help our build up play and our ability to combine in the final third of the field.”

Thorns midfielder Allie Long tested Flash goalkeeper Lydia Williams early on in the 2nd minute when she drilled a shot toward the upper right corner of the net, causing Williams to make a beautiful diving save. Katherine Reynolds retaliated in the 6th minute when she crossed a ball into the box and found Abby Wambach, who got a head on the ball, but Thorns keeper Nadine Angerer was there to knock it away.

Angerer made another great save in the 29th minute when Wambach took a shot from the top of the box. Angerer was able to get a hand on the ball to push it wide and it deflected off of the right post.

There was some strong play along the flank from the Flash, especially in the 36th minute when Sam Kerr weaved in and out of Thorns players, finding her way to the top of the box and ripping a shot, but Portland defender Emily Menges was there to block the shot.

In the 39th minute, Sonia Bermudez, scored her first NWSL goal off of a free kick when she drilled a shot into the upper right corner of the net. Angerer got a hand on the shot, but was unable to stop it from going in.

The Thorns fired back in the 43rd minute when Sarah Huffman crossed the ball into the box and Williams grabbed the ball, but then fumbled it, and Jessica McDonald easily put the loose ball into the back of the net.

Williams made a big save in the 79th minute after McDonald sent a ball to Meleana Shim, who was open in front of the goal but was unable to get the ball passed Williams.

Christine Sinclair crossed in a beautiful ball to Sinead Farrelly, who blasted a dangerous shot, but Edmonds was there to block the shot a dangerous shot in the 85th minute.

When asked about performance, Thorns head coach Paul Riley said: “They dominated the first half, we dominated the second half. We missed a couple of great late chances.”