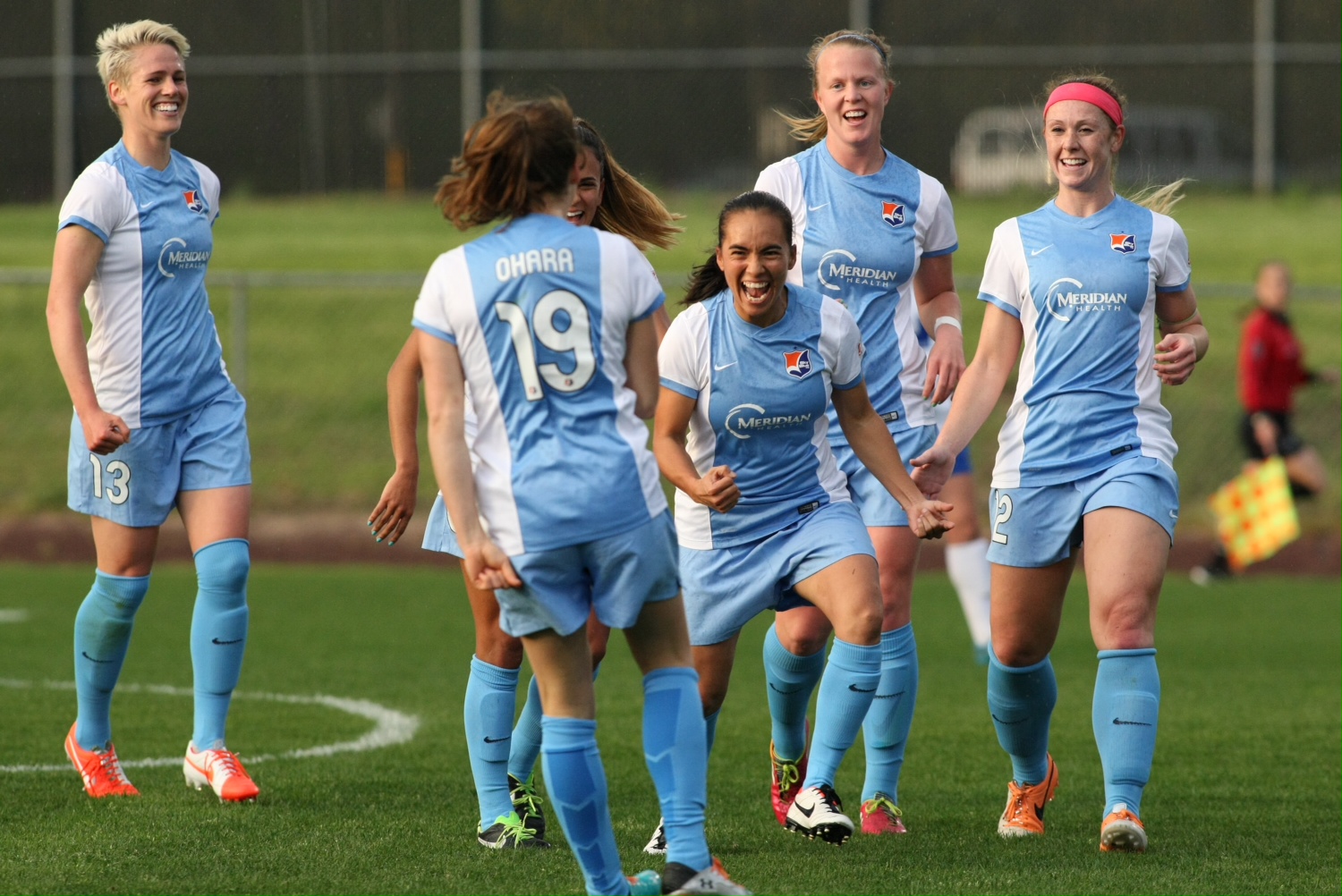 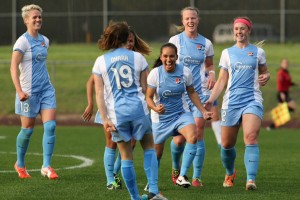 PISCATAWAY, N.J. — Monica Ocampo’s 14th minute goal stood up to lift Sky Blue off the bottom of the table with a 1-0 victory over the Boston Breakers. Sky Blue was the last NWSL team to earn a victory this season and improved to 1-2-2 (5 points) while the Breakers slipped to 1-3-0.

Kelley O’Hara set up the goal with a strong cross from the left side that Ocampo was able to finish with her left for her 2nd goal of the season. Both goals have come against the Breakers.

Sky Blue gave goalkeeper Brittany Cameron her first start of the season over Jill Loyden and Cameron responded with a pair of big saves — one in each half — on Heather O’Reilly.

“I’m just trying to give our team a chance to win,” Cameron said. “Whatever I have to do whether it’s use my feet or my hands. Just trying to help my team win that’s it.”

Cameron played her usual aggressive game coming off her line to beat Lisa De Vanna and other Breaker attackers to balls. De Vanna ended the night in the locker room after being sent off for dissent after being called for a foul on Caitlin Foord in the 89th minute.

“I’m not sure if I should say it out loud,” Cameron said about what De Vanna said to get the red card. Gabarra said he thought the referee was reaching for the yellow card but before De Vanna would approach him to receive it she made a further comment and the card came out.

De Vanna will now miss the Breakers’ May 15 home match against the Red Stars. Sky Blue has a shorter turnaround, hosting the Red Stars on Wednesday.

Taylor Lytle had an outstanding match for Sky Blue, dominating the left flank—with some forays to the right—and finding Ocampo for several chances that wound up missing the mark.

“I think people are starting to see what kind of player she is,” Gabarra said.