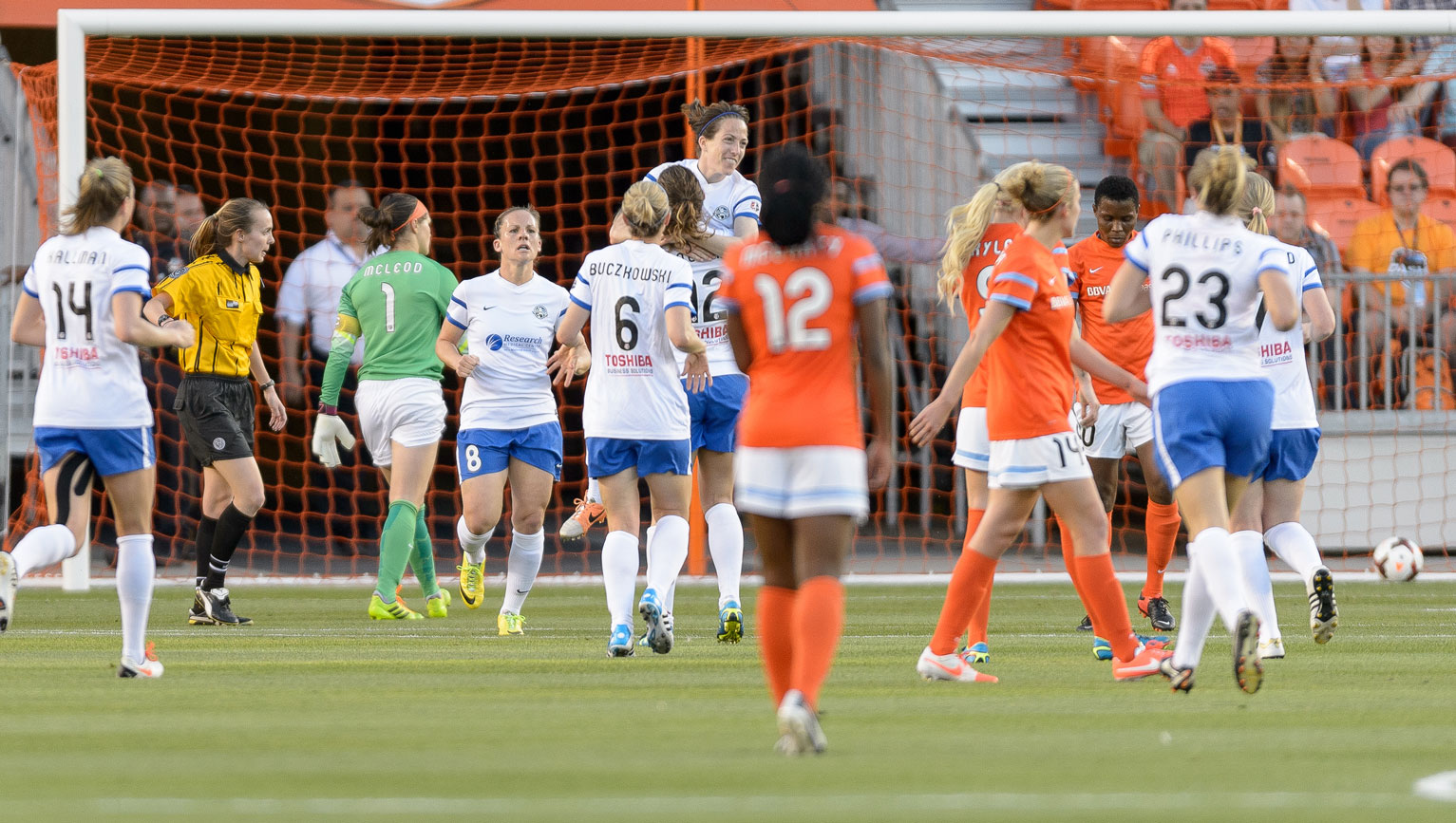 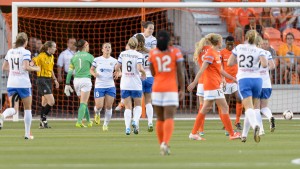 Liz Bogus opened the scoring in the 12th minute, finishing a through ball from 2013 league MVP Lauren Holiday. Amy Rodriguez then doubled the scoring with an early second-half goal, powering a shot past Dash goalkeeper Erin McLeod in the 48th minute. The goal gives Rodriguez four in the first five games of the season after missing all of 2013 due to pregnancy.

A pair of second-half substitutes then gave the Blues added a pair of late insurance goals.

Those final two goals against the Dash came with a player advantage after Houston defender Osinachi Ohale was sent off in the 58th minute for bringing down Rodriguez. Ohale was deemed to be the last defender.